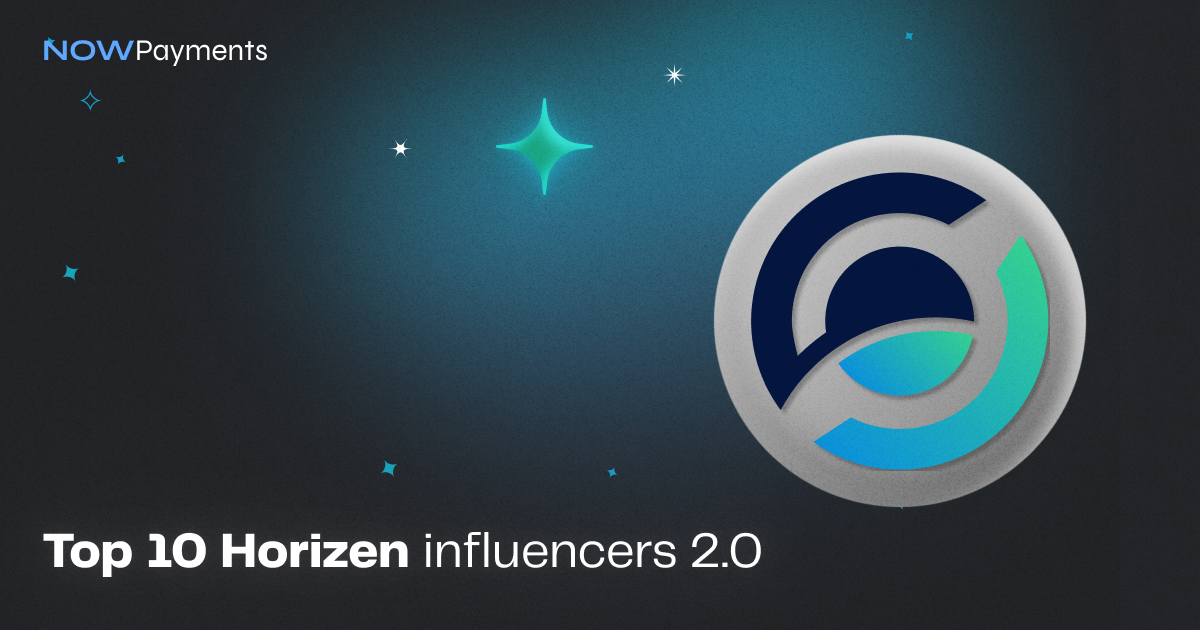 Horizen is one of the market’s most robust blockchains. Horizen is powered by the world’s leading and autonomous multi-tiered node mechanism. Horizen’s objective is to secure data integrity and privacy through actual applications. Horizen’s native coin, ZEN, is employed as a utility asset in the Horizen ecosystem. At the same time, Horizen would not hold its current position on the market without the massive support of its community and notable influencers. We have already covered the top ten ZEN influencers. Yet, limiting the best ZEN influencer list to 10 personalities does a disservice to other Horizen influencers who contribute to the project’s development and their time and effort. So, meet the second edition of the top 10 Horizen influencers.

What is ZEN crypto?

Horizen is an interoperable blockchain ecosystem that integrates the latest sophisticated solutions in the field of blockchain. For instance, Horizen makes use of zk-SNARKs which increases its level of anonymity. Horizen is immune to 51% attacks, so all ZEN users can be certain that no one will steal their money. Horizen has two kinds of ZEN addresses. Z-Addresses use zero-knowledge cryptography to conceal sender and destination addresses as well as the money sent.

Who else are the Horizen influencers?

Horizen is promoted by dozens of amazing influencers who have different audience sizes and roles in the community. Yet, no matter how popular they are, they all do a lot of work marketing ZEN on social media, enabling other people to discover this incredible project. Here is a list of social media accounts that can enhance your knowledge about Horizen.

Horizen is not an influencer but rather the official Twitter page of the entire project. So, as the official source of information, it is the place where you can find out about the latest developments in the Horizen ecosystem. Most influencers simply retweet the information put out by Horizen’s Twitter account. It is also the largest account on the list with over 139k followers. Subsequently, it has a considerable influence on social media which works to further expand the size of the ZEN community. Horizen’s Twitter account is pretty much all you need to stay updated on everything that is going on in the ZEN world.

Xgarreau is a French-speaking influencer who has been growing in popularity over recent months. Xgarreau will primarily be a great candidate for following on Twitter for ZEN fans who speak French. The coin has a large francophone community, so it is natural that there are many amazing influencers like Xgarreau. Reading Xgarreau’s tweets can enable you to discover and learn about something new in the crypto industry and advance your understanding of Horizen in particular. Xgarreau makes reposts of the current news on Horizen and draws attention to insightful opinions of other users on Twitter on Horizen. Apart from ZEN, Xgarreau also covers numerous other topics related to crypto.

Jonghun Hong is a Korean representative of Horizen and he is also the CEO at Daily Laboratory. Jonghun covers numerous aspects of Horizen at length making it more accessible to the Korean audience. Jonghun is a real expert on Horizen and blockchain technology which is why he has been appointed as a representative of the project. At the same time, he not only makes tweets in Korean but also writes in English, so his Twitter page will be interesting for an international audience. Jonghun shares articles which give much food for thought and are exciting to read.

Degentraland is another influencer with a massive audience of more than 60 thousand people. He is also in charge of Metaverse Strategy at Horizen Labs. Read Degentraland’s thread about his work at Horizon Labs and what his role is in the project. Degentraland writes extensively about NFTs and other Web3 elements. He does not simply make retweets of other people’s content but posts his original thoughts and ideas that every crypt enthusiast will find extremely insightful and full of wisdom. Decentraland’s Twitter account is truly unique, so you will absolutely love the tweets he makes, so do not hesitate to follow him and tell your friends about Decentraland, too.

Angie Villarreal, known as Angievii on Twitter, is another member of Horizen Labs, where she works as a project manager. Although Angie does not make as many tweets as we all would like her to make, she still possesses some real insights into the project which she occasionally shares with her audience. This is why, every Horizen fan and investor who closely monitors all the Horizen news, should definitely follow Angie. Recently, Angie participated in Twitter Spaces with Fashion League, an innovative RPG. Angie talked about challenges in the NFT world, so it’s a truly fascinating talk to listen to, and don’t miss it.

DeFi FUD-Destroyer calls himself “Zenvangelist” which shows how much of a believer in Horizen he is. He is one of the most ardent proponents of Web3 tech and an extremely knowledgeable person. Apart from Horizen, he is also involved in numerous other projects including Wanchain. In addition to his Twitter, he has A YouTube channel where he posts videos on Horizen and other topics. For instance, you can check out Destroyer’s video tutorial on how to utilize Horizen’s Tokenmint Mainnet, an extremely important video for everyone interested in the subject. Destroyer is not only skilled in Horizen, but he is also an extremely fun person and one of the most entertaining influencers to follow on Twitter. Follow Destroyer on all of his social media.

Rosario Pabst is the Chief Product Officer of Horizen Labs and Director of the Zen Blockchain Foundation. She has a professional background in the U.S. Air Force, where she led large technical teams and built R&D satellite software systems. Such experience makes her an incredible asset to Horizen Labs and the entire Horizen community. Rosario has expertise in building global teams and developing blockchain products. This is why following her on Twitter is a great opportunity for everyone to learn from Rosario since she is an absolutely awesome professional. Rosario also regularly gives a spotlight to notable events and news in the Horizen community.

Guan Yin is a Horizen influencer from China who can be easily called one of the most die-hard fans of the project. For instance, he delivered some of the warmest congratulations to Horizen on the 5th anniversary of its launch. Guan even made a cake celebrating the event which shows how dedicated he is to Horizen and its promotion. Although Guan does not have as many followers as other influencers on the list, he certainly deserves more, so give him a follow if you wish to support this cool dude and his efforts as the leading Chinese influencer of Horizen.

Marko Orcic is another member of the official Horizen team who is worth following. He is a talented Graphic/UX/UI designer, so this is the man behind all of the spectacular designs of Horizen and its key products. Marko is not really an active Twitter user, so you should not expect dozens of tweets every day from him. Nevertheless, when he does make tweets, they often contain real insights and, therefore, can be valuable for all Horizen influencers. Marko’s comments are open, so you can always ask him some questions about the project’s design.

How to accept ZEN token as payment

Businesses and individuals interested in featuring Horizen crypto payments or Horizen con donations can utilize NOWPayments’ services. NOWPayments is a Horizen payment gateway that processes transactions for its clients making it easier for them to accept payments and donations. NOWPayments offers a broad section of ZEN coin payment solutions which include:

Horizen deserves the title of a project with one of the coolest armies of influencers. NOWPayments supports the promotion and adoption of ZEN by enabling people and businesses to accept ZEN cryptocurrency payments and donations.