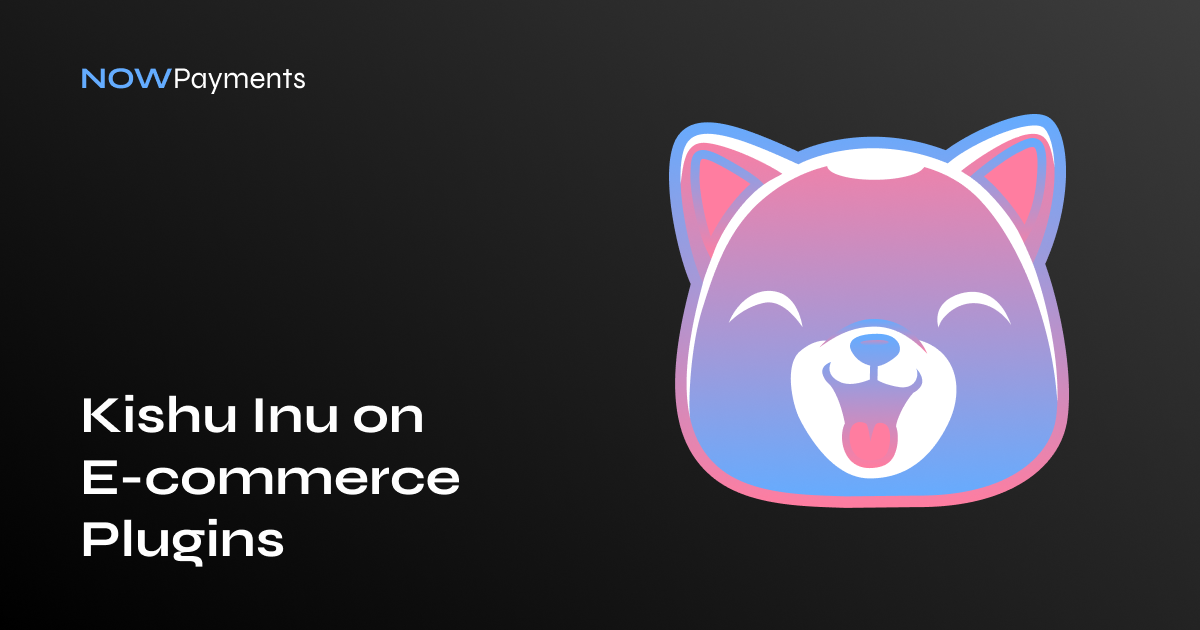 Kishu Inu is a cool meme-inspired coin that has evolved into a powerful DeFi project. The army of Kishu investors is growing by leaps and bounds, and more people begin to discover the potential Kishu has yet to unleash. This means that it is high time for merchants to start looking in the direction of Kishu payments. The community of Kishu Inu is the greatest asset of the entire project, and businesses that want to capitalize on crypto cannot ignore it. Merchants that use eCommerce platforms such as WordPress, PrestaShop, Shopify, and others, can use NOWPayments’ plugins to accept Kishu Inu as payment.

What is Kishu Inu?

Kishu Inu is an ERC20 token that was launched in 2021. Compared to other meme coins, Kishu Inu actually has true value and utility. Kishu seeks to make next-gen concepts such as participation rewards, NFTs, decentralized exchanges mainstream. Currently, Kishu is successfully delivering on its mission. For instance, within the first month after its launch, KISHU managed to reach a $2 billion market cap.

PrestaShop is a platform for merchants that allows them to create and customize their online stores. PrestaShop provides businesses with a platform where they can set up a store in minutes and start selling to people from all over the world. PrestaShop has no geographical restrictions, so merchants from practically any part of the world, be it New Zealand or Portugal, can open their store and reach out to an international clientele. There are more than 300,000 merchants who have set up their online stores with PrestaShop. NOWPayments offers a dedicated crypto payments plugin for PrestaShop. If you own a PrestaShop store, you can easily accept cryptocurrencies as a payment method using this plugin. The size of your business does not matter. The Cryptocurrency All-in-One plugin is free to set up, and you will only have to pay a small fee for each transaction processed.

If you ever considered deploying an online store, you must have certainly come across WordPress. It is the largest, yet free platform for website creation. Thanks to its simplicity and free services, WordPress has gained a great number of users who host their blogs and websites on it. In addition, WordPress is also used by merchants to create online stores. WooCommerce is an extension that is built on top of WordPress. With WooCommerce, you can turn your standard WordPress website into a full-fledged online store. With WooCommerce, you can add both products and payment options. NOWPayments has developed a crypto payment plugin for WooCommerce that allows merchants to expand their list of payment methods by adding Kishu and more than 100 other cryptocurrencies. A KISHU payment gateway can help online stores to stand out on the market. Those merchants using WooCommerce, can integrate Kishu payment through NOWPayments’ plugin.

Shopify counts over 1,700,000 businesses worldwide as its customers. Unlike some of the previously mentioned platforms, Shopify does not require merchants to have any technical knowledge. Basically, with Shopify it is possible to deploy and manage an online shop without knowing how to code. Shopify also offers a regularly updated selection of store designs, full of clean and optimized templates. Shopify merchants can integrate their Shopify eCommerce system with their brick-and-mortar retail store. NOWPayments offers all Shopify merchants the ability to accept Kishu Inu with the Shopify payment gateway plugin. It is a great alternative to the WordPress plugin for cryptocurrencies as it offers the same functionality but has compatibility with Shopify.

Zen Cart is an open-source shopping cart software which absolutely free and user-friendly, thanks to its amazing functionality. Zen Cart is developed by a close-knit community of like-minded store owners, programmers, designers and consultants who are committed to the idea of making online store design different, and successfully implementing that idea. Zen Cart avoids complicated programming which is common among other shopping cart solutions. Instead, it focuses on addressing the needs of users and puts the requirements of merchants and shoppers first. For this reason, Zen Cart can be installed and set up by any person who has the most basic knowledge of website creation and computer use. NOWPayments contributes to the open-source development promoted by Zen Cart and provides a way to set up a Kishu Inu payment gateway. Zen Cart merchants just need to install a special plugin and add their public crypto addresses to accept Kishu and other cryptocurrencies.

Shopware is another notable player in the field of eCommerce. Shopware offers solutions that are highly customizable, meaning merchants can customize their stores using Shopware. Even though Shopware is not as popular as WordPress, it is used by many large companies, which underlines the credibility of the service. For example, brands like Aston Martin, Philips and M&M’s use Shopware to host their websites and sell their products. Shopware’s infrastructure is so flexible that companies can create virtually any type of website, from a small online store to a large marketplace. Moreover, Shopware guarantees its users that there will be no downtime when using the service. NOWPayments has developed a special plugin for Shopware merchants to receive payments in Kishu. The cryptocurrency plugin is fully automated, which means that it adjusts the crypto price based on the current market data.

How to accept Kishu Inu

Online merchants that want to become part of the crypto economy need to keep up with the trends and offer new payment options to their customers. Kishu Inu is the perfect cryptocurrency for eCommerce stores. With NOWPayments plugins, merchants can easily accept KISHU payments.