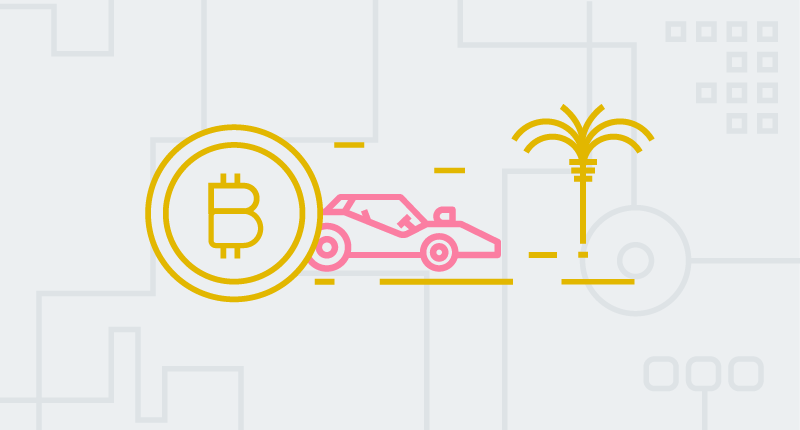 Bitcoin has had a short but curious life. Back in 2010, the question “what can I buy with Bitcoin?” was downright obscure. But the first two pizzas were bought with it. This day became legendary mostly due to the pizzas’ price: they cost the buyer 10,000 BTC (at that time it was worth only $25). Today, for that amount of money you can buy a few houses and several cars to top it off. And you wouldn’t even need to exchange Bitcoin to fiat currency at all. What to buy with Bitcoin today?

The list of things you can buy with Bitcoin:

Unfortunately, there are still very few companies in the field of real estate that decided to support Bitcoin by using it as a payment. But the solo enthusiasts that are willing to sell their real estate for Bitcoin could be found everywhere. It is noteworthy that most often the owners of real estate in resort areas agree to accept Bitcoin payments and even offer them instead of the traditional bank transfers.

Most often, the arguments in offering such transactions are the speed and reliability that Bitcoin offers. A private broker who made out a sale-and-purchase agreement in the USA noticed that using cryptocurrency allowed to make the fastest deal in thirty years of his work. It took 10 minutes for the buyer to fully pay off the financial obligations to the seller.

Knox Group, a corporation from the UAE, launched a housing and commercial project, in which studio apartments can be bought for 33 BTC, one-room apartments for 54 BTC, and the most expensive apartments for 80 BTC. Magnum Real Estate, operating in real estate in New York in Manhattan, also offers buyers to pay in Bitcoins. According to representatives of the board of directors, it is meant to  help with the diversification of portfolios of the company but as long as it helps with the mass adoption of cryptocurrencies we are willing to praise it.

Funny enough, Bitcoin is often called digital gold. It’s only logical that many of its crypto fans also like gold in its physical appearance. Over the past couple of years due to the market demand, several companies that provide the opportunity to buy gold with Bitcoin have appeared.

Why would one want to buy gold at all? Some choose it as a tool for investment purposes, others as a trading asset, and there are those who hedge their risks of high volatility in cryptocurrency, while being outside the fiat monetary system.

A new type of companies selling gold for Bitcoins expands the possibilities of investors who want to protect their savings from the inflation risks. Most of these companies will not require documents from you to make a deal so your funds will remain out of sight of various government supervisory agencies.

Some airlines can be considered one of the leaders in the cryptocurrency adoption. Back in 2014, Lithuanian Air Lituanica made history and provided passengers with the opportunity to pay for the tickets with Bitcoins and even canceled fees to encourage this payment method. A few months later, the Latvian AirBaltic did the same. In 2015, the similar payment method appeared on the website of the Polish airline LOT.

Nevertheless, people willing to pay with Bitcoins are far from always being able to find a suitable option. There are thousands of airline companies that do not accept Bitcoins and only several dozen airlines do. Therefore, if you are willing to buy things with BTC during your  vacation you will do better with choosing a tourist agency that sells full packages. With their services, you can pay with Bitcoins for tickets of an airline of your choice, including popular lowcosters, for hotel reservations; for taxi rides during your stay; tickets for sightseeing tours, etc! Many companies noted that after the cryptocurrency payment had been introduced, their customers traffic increased.

In the automobilia, Bitcoins are more often accepted as payment for premium cars. For example, the infamous Tesla Model S with the price of about 140 thousand euros was more than once sold for Bitcoins at the current exchange rate. At the end of March 2018, there was news that a large dealer from Japan plans to sell premium-class cars for cryptocurrency. That company, L’Operaio, announced the partnership with the large stock exchange, bitFlyer. As a result, Bitcoin payment with a limit of $ 1 million became available to customers. It was a big day for the industry as partnerships with such a high exchange limit were unheard of.

If you are not ready to invest in a luxury vehicle but still want to buy car with bitcoin look at some private ads. There are many cars for sale for BTC, as it is the case with real estate. And in the same way, those ads are in higher demand than similar ads in which there is no mention of cryptocurrency.

Bitcoin can pay for almost everything, whether it is household goods, food, dinner in a cafe or a new haircut. And even if there are no cafes and hairdressers in your area that accept BTC as a payment method you can always use an intermediary.

At gyft.com and similar services, you can purchase gift cards for Bitcoins for almost 200 online stores and websites, including Starbucks, eBay, Walmart, Nike, Apple, Uber, Google Play, etc. Just like that, you can buy almost anything you need with crypto and not worry about what currencies your favorite online store supports. All you have to do is to buy Amazon gift card with Bitcoin and make yourself a really nice gift. Be mindful of the fees though as sometimes they are unjustified.

Such websites allow you to buy goods with Bitcoins in regular stores but bear in mind that it is not always profitable. Alternatives in the form of market platforms that support the possibility of paying with Bitcoin can help save money and support local manufactures. As a good example of such a platform we can mention OpenBazzaar. There, you can interact directly with a seller and there are no service fees.