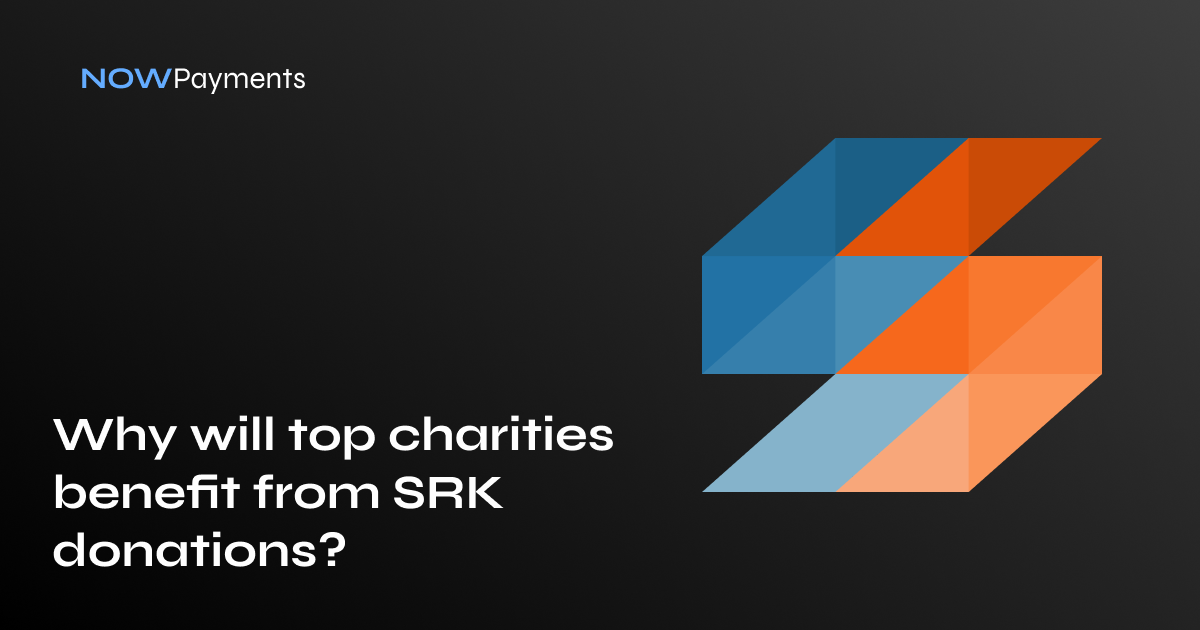 Cryptocurrencies are a universal tool that can be used in a myriad of different scenarios. For instance, cryptocurrencies are a reliable way to collect donations. Charities can unlock many opportunities by offering crypto donations to their donors. SparkPoint is one of those cryptocurrencies that correlate perfectly with charity needs. NOWPayments’ donation solutions enable charities to accept SRK coin donations globally and reliably.

Haribon is the compatriot organization of SparkPoint since they both were established in the Philippines. The organization takes its name from Haring Ibon, the Philippine Eagle who is called the king of birds in the country. The mission of Haribon is to be the leading nature conservation membership organization dedicated to advancing participatory sustainable solutions. The organization boasts incredible progress. It has a team of more than 2000 volunteers, and over the years, Haribon has planted nearly one million trees. Haribon does a great deal of work protecting the environment and creating better conditions for the Philippines’ wildlife.

One Foundation, also known as the Shenzhen One Foundation Charity Fund, is a Chinese non-governmental organization. The organization became the first-ever charitable fund to be established in China. It focuses on disaster relief by providing assistance to the people affected by natural disasters and rebuilding the destroyed infrastructure. The organization also helps public welfare professionals to receive appropriate training to enhance their skills and competence to effectively address relevant problems. One Foundation is known for its work in the area of children’s welfare. Additionally, the organization offers funding to numerous small charities in China and other countries.

The Wildlife Friends Foundation Thailand (WFFT) is a charity from Thailand. It was established in 2001 by Edwin Wiek. The NGO relies on support from other animal protection organizations as well as donors with a passion for change. WFFT rescues and rehabilitates captive wild animals. It provides high-quality care and a safe environment for them to live in. The organization campaigns against all forms of animal abuse and exploitation in Thailand. It educates and encourages locals, tourists, and the international community to value, understand and protect wildlife and natural habitats.

How can charities benefit from Sparkpoint?

Charities are non-profit organizations, so they do not generate any money and are constantly in need of funding. Quite often, they need to receive funding as soon as possible, especially if they work in emergency situations. The standard donation methods may be quite problematic in such cases because they tend to be slow. For instance, when using bank transfers, donors’ donations may take days to reach charities. At the same time, SparkPoint crypto transactions are processed nearly instantly since they are handled by efficient blockchains. So, charities that want to get donations fast should consider deploying an SRK donation gateway.

The SRK project has a massive community of supporters. SRK’s ecosystem consists of an expansive ecosystem of products that is used by thousands of people daily. The community is a real asset of SparkPoint, and charities can gain access to it by offering SRK crypto donations. It is likely that some SRK token investors will be excited to share their coins with charities.

The decentralization of blockchain helps SRK to be a global means of payment and donation. SRK is not regulated by banks or any other financial institutions. SRK transactions are not bound by any jurisdictions or legal limitations. In fact, SRK transactions do not even have any intermediaries and involve only two parties, the sender and the recipient. This means that SRK transactions can be transferred globally without any delays or restrictions. So, SRK donations can enable charities to facilitate the donation process for people from around the world.

The SRK cryptocurrency lives on the Ethereum blockchain and the Binance Smart Chain network. These blockchains are not only efficient but also transparent. Basically, they make information about each crypto transaction and crypto address available to the public. Your crypto address, also called a public address, is similar to a bank account number. In the case of SRK, everyone can see your public address information. Charities can use SparkPoint token donations as a way to boost their transparency and accountability to show their donors how much they have raised and spent.

Still, although SRK addresses are transparent, it does not mean that SRK users’ personal info is also stored on the blockchain. In fact, using SRK does not imply sharing your personal info whatsoever. To send and receive SRK, you only need to generate your crypto address. Charities can use SRK as a private donation method and offer it to those donors who prefer to make donations anonymously.

How to accept SRK donations

There are several tools available to charities wanting to get SRK donations. They can use a crypto donations button which makes the process of sending SRK donations effortless.

Charities that have their websites or blogs can deploy an SRK donation widget.

SparkPoint is one of the best crypto projects in Asia. Asian charities can integrate SRK as a donation method by using NOWPayments.