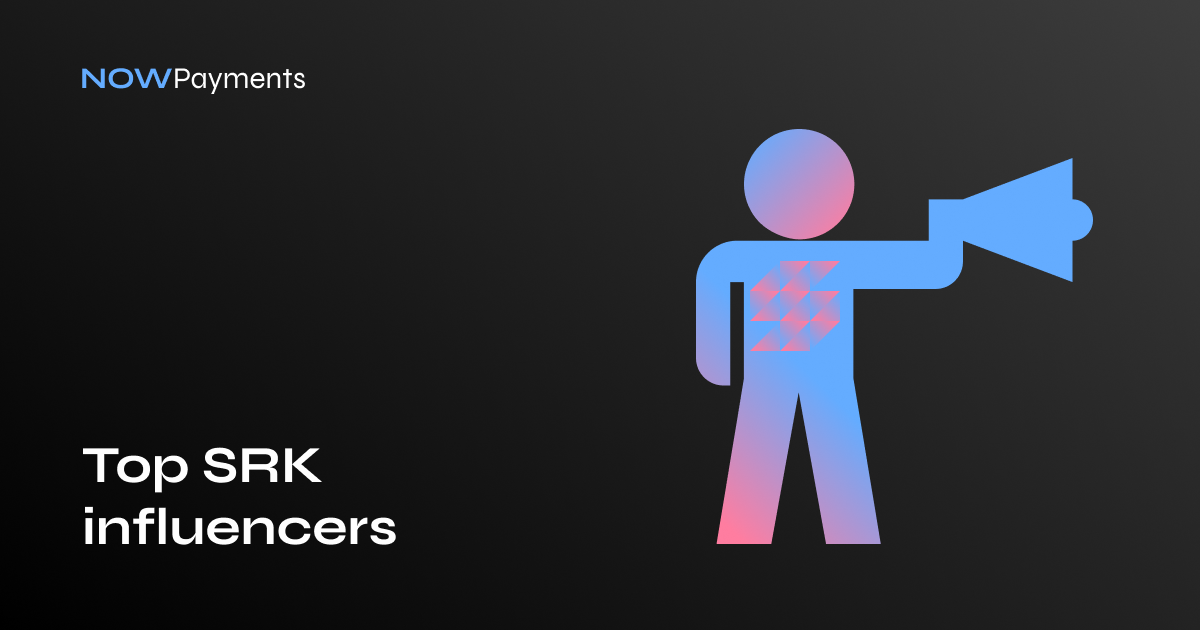 Influencers are crucial for the success of any crypto project. People who are willing to spend their time covering different aspects of their favorite cryptocurrencies and promoting their adoption among their online audiences are real heroes of the crypto industry. SparkPoint is lucky to have a great number of influencers who support the project and its native cryptocurrency SRK. We present the list of the coolest SRK influencers and social media accounts of 2022.

Andy Agnas is one of the most important people in the SparkPoint project. Andy is the founder of SparkPoint and the current Chief Executive Officer. He is also a co-founder of MetaGaming Guild. Andy is the man when it comes to SparkPoint, so every SRK enthusiast and investor must definitely give him a follow on Twitter. After all, Andy regularly posts news about all of the projects he is curating, including SparkPoint. So, if you do not wish to miss a thing about SRK, Andy’s Twitter should be in your bookmarks. Although Andy does not write dozens of tweets a day, since he is busy working on his projects, he always makes sure to let his audience know about the most significant news related to SRK. So, follow Andy to stay updated on SparkPoint and everything that surrounds it and its ecosystem.

Usacryptousa is the first member of the SparkPoint community who is not part of the project’s team. Nevertheless, Usacryptousa frequently shares his unique perspective on SRK and its development that can really enhance your understanding of the project. For instance, Usacryptousa believes that SRK is strongly undervalued, which is an opinion that many people agree with. If you are, just like Usacryptousa, also interested in tracking and analyzing the market performance of SRK and other cryptocurrencies, then Usacryptousa’s account is the place to go for you. After all, by reading Usacryptousa’s tweets, you can check whether your current view of the situation aligns with his and make certain adjustments based on it. You can also contact Usacryptousa and hold a discussion with him about his takes. SRK is not the only topic that Usacryptousa over in his tweets. Usacryptousa also writes about $SUTER, $BEPRO, $TIDAL, and a plethora of other crypto assets and exciting projects that you may also be curious about.

Harvey Javier is another member of the SparkPoint team. He is the Chief Technology Officer at SparkLearn, one of the main branches of the SparkPoint project. He is also one of the core developers at SparkPoint. As it is clear from the ranks held by Harvey, he is a person who is highly knowledgeable of all the aspects of SparkPoint development. So, his Twitter account is the real treasure for all SRK fans wanting to learn more about the project and all the things happening around it. Harvey does not make many tweets in his account. Instead, he prefers to make reposts of the tweets of other Twitter users. By scrolling through the feed of Harvey, you can discover many interesting articles and news from projects within the SparkPoint ecosystem. Since Harvey is the CTO at SparkLearn, people who use the platform also should follow Harvey.

Rico Zuñiga is the co-founder and the current Chief Technology Officer of SparkPoint. Rico is also an investor and advisor. Rico manages many projects in the SparkPoint ecosystem. By following Rico, you can expect to get the hottest news about the newly-added features of SparkPoint. He also regularly makes reposts of tweets about Anito Legends, the upcoming play-to-earn auto-battler. Those die-hard fans of SparkPoint that monitor all of the developments related to the project’s line of products should follow Rico immediately since he always lets his audience know about everything the investors and fans should be aware of. Rico, just like the majority of the SparkPoint team, does not post much content and prefers to make occasional reposts. At the same time, by following him on Twitter, you can be guaranteed not to miss out on anything important.

Sparky is the official Support Team account for SparkPoint. The people behind Sparky work hard every day to promote the project and SRK and help crypto enthusiasts to get onboard. Sparky can answer all of your questions concerning SparkPoint, including about the future project plans. Sparky provides an exceptional level of assistance and is ready to respond to everyone in the comments under the tweets of the official account of SparkPoint. Quite often, accounts of blockchains and cryptocurrencies fail to deliver on their basic responsibility of talking to people and discussing the features of their projects. As a result, people lose their enthusiasm and excitement and refuse to invest their money in such enterprises. In the case of SparkPoint, its support team is highly professional and will not leave you hanging if you ask them questions about SparkPoint.

Melissa Mesias is the Chief Executive Officer of the educational platform of SparkPoint, SparkLearn. In her Twitter account, Melissa describes herself as a multimedia consultant, teacher, and blockchain tech & crypto enthusiast. Since Melissa runs SparkLearn, she regularly makes reposts from the official account of the project. Melissa is the person that every user of SparkLearn needs to follow to be the first to learn about all of the exciting things that the project shares with its fans. Apart from SparkLearn, Melissa also retweets news and articles of other SparkPoint initiatives. Melissa is a professional who possesses real expertise in the sphere of blockchain and crypto, so adding her account to your following list is a must.

Karan Sharma is a Partnerships Manager at SparkPoint. Karan is the one you need to contact if you have an amazing idea, initiative, or project and want to collaborate with SparkPoint. Perhaps, you own a crypto exchange and wish to list SRK there, then Karan is the right guy for you. Karan actively promotes SparkPoint and its projects, such as SparkLearn, on Twitter and popularizes them among his followers. He occasionally reminds SRK investors about the important events and things related to the project, including the need to claim a badge for the Sparky VIP Club. Essentially, Karan is a proud member of the SparkPoint family, whom all dedicated SRK investors need to follow to support their favorite team and project.

Duchesne Sarza is a marketing specialist at SparkPoint. Duchesne may not have many followers, but she makes a considerable contribution to the advancement of SparkPoint on social media and particularly Twitter. She shares important info about SparkPoint and its tools. For example, you check out this post containing the vision of SparkPoint for the future and a detailed roadmap for the project in 2022-2023. Basically, Duchesne always ensures to present her audience with the most relevant info about SparkPoint. Duchesne also highlights the initiatives of SparkLearn, promoting the platform among her audience. Join Duchesne on Twitter to get your insights into SparkPoint right from the marketing specialist of the project.

SparkDeFi also has its own official account on Twitter, and it is the perfect place for everyone who closely follows the newest initiatives of the platform. SparkDeFi provides followers with information on how they can invest their money in the asset management platform. For instance, here is a tweet about the opportunity for investors to stake SRKb tokens. SparkPoint has an extensive ecosystem, and SRK is not the only token it uses. For example, investors also can purchase SFUEL. Moreover, as the official Twitter account of SparkDeFi states, you can now earn SFUEL rewards. You should certainly follow SparkDeFi on Twitter if you want to receive notifications about all of the new ways of how you can manage and grow your investments using SparkDeFi. There are more than 25 thousand people who have subscribed to SparkDeFi on Twitter, and you can be one of them, too

SparkPoint is an amazing project with a large ecosystem and line of products. SparkPoint has a professional team, many of whom you can follow on Twitter. NOWPayments provides businesses and individuals with a chance to accept SRK as payment.