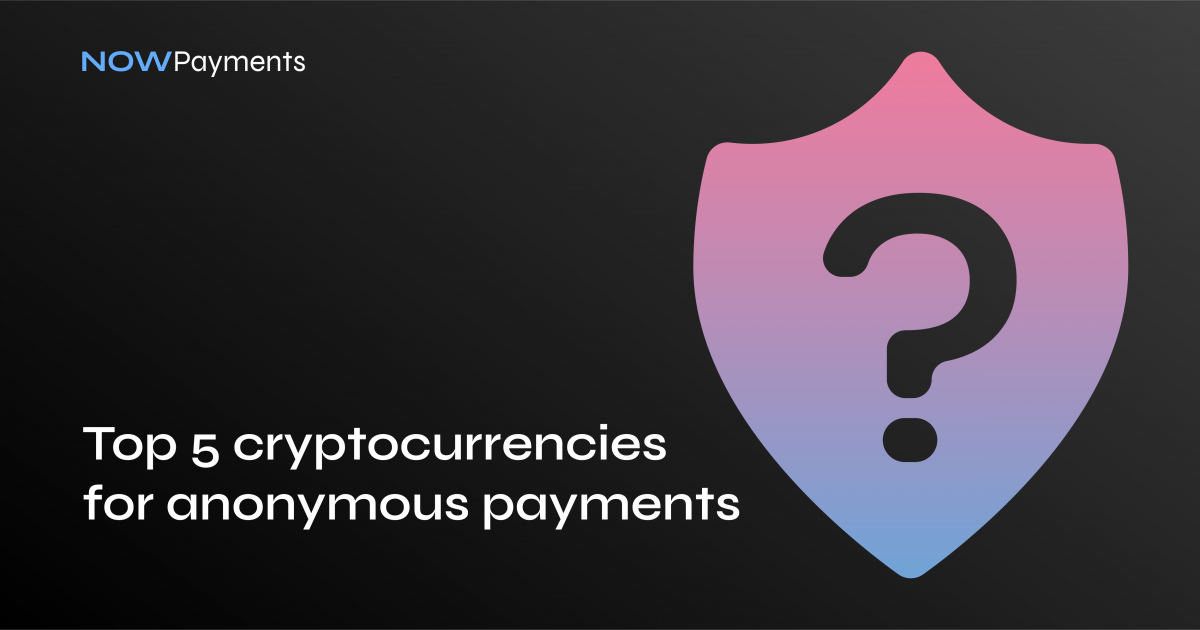 Blockchain can be called a kind of glass safe, where all transactions are in plain sight, but at the same time under lock and key. But why leave everything in plain sight if you can use cryptocurrencies that provide complete privacy to your payments? In this article, we will take a look at the best anonymous cryptocurrencies presented on the market.

Monero is one of the oldest private coins, which is almost as famous as Bitcoin or Ethereum. The project appeared in 2014, since then the development team has been improving the code in order to ensure the maximum level of data protection. Monero is consistently among the top 50 cryptocurrencies with the largest capitalization. Monero’s popularity can be easily tracked on the price chart: the coin’s exchange rate is growing and in 2021 the all-time high was updated. Anonymity in the Monero network is ensured by ring signatures and stealth addresses. When using Monero, it is impossible to track the most important transaction parameters: the sender’s address, the recipient’s address, and the transaction amount. Such characteristics make Monero’s transactions not only the most anonymous but also immensely secure.

Besides, Monero’s anonymity is provided at a fundamental level and is not provided as an additional function. Monero is making such strides in the field of anonymity that the US Internal Revenue Service has offered a reward to anyone who can crack the Monero code.

Dash is a fork of Bitcoin, in which some functions have been improved and added. Dash (Digital Cash) was developed as a cryptocurrency for everyday use, which was supposed to become an analogue of fiat money. Dash is currently one of the most popular anonymous cryptocurrencies. By default, transactions on the Dash network are transparent, as in the Bitcoin network. However, the developers went further and provided users with such interesting features as PrivateSend and InstantSend. It is PrivateSend technology that makes Dash one of the most popular anonymous crypto coins. The PrivateSend feature is optional and can be used at the request of the sender. Anonymity is provided by master nodes, which mix coins for an additional fee, so that it becomes impossible to link the transaction address with the real identity of the user. The InstantSend technology is a service for instant transactions, which takes about 1.5 seconds to confirm. All transactions are checked by the masternodes in accelerated mode.

Zcash is an extremely in-demand cryptocurrency among users who value privacy and anonymity. Just like in Dash network, users can send both public and private transactions. Dash uses advanced cryptographic technology zk-SNARKs to protect user data. This technology allows you to conduct transactions without disclosing information about the sender, recipient, and the amount of the payment. To make a transaction, the sender switches to anonymous mode and sends funds from an encrypted z-address. The recipient applies an overview key that protects the sent payment. The key helps to track and decrypt the transaction, after which the recipient gains access to the funds sent. Due to its low fees, security, and anonymity, Zcash cryptocurrency is one of the most popular means of payment. It is traded on most crypto exchanges and accepted for payment among thousands of merchants around the world. In addition, the coin is consistently in the top 100 by market capitalization, so by making a choice in favor of Zcash, you provide your business with reliability and security.

Verge appeared in 2014 and was originally called DogeCoinDark, but the developers changed its name in 2016. The goals of the team that took over the development of Verge were privacy and decentralization. Verge can be called a unique coin, as it uses a fundamentally different model for protecting the confidentiality of transactions. Verge uses the Tor IP address anonymizer to conduct transactions while maintaining the anonymity of the connection to the blockchain. In addition, it is possible to conduct transactions through I2P — another anonymizer of IP addresses. A distinctive feature of Verge is the Wraith protocol. It allows both public and private transactions. When conducting transactions, the user can choose whether to conduct them publicly or anonymously. For the high speed of funds’ transfers, Verge uses SPV technology. Due to this, money can be transferred inside the network in a matter of seconds. Since 2018, the price of the coin has been relatively stable, which is an excellent reason to introduce Verge as a payment instrument without fear of sharp jumps in the exchange rate.

Beam cryptocurrency is a new generation project aimed at providing the community with financial freedom by creating a completely confidential value exchange system based on the MimbleWimble protocol. The name of the protocol is borrowed from the book by J. K. Rowling about Harry Potter. In it, the word “Mimblewimble” meant a spell that deprived a person of the ability to speak clearly. The technology itself, like a book prototype, does not make it possible to find out the personal data of senders and recipients or the information about transactions. They are not stored in the blockchain, which provides protection against deanonymization. The main feature of the Beam cryptocurrency is that there is no such thing as an “address” in the system, and users use their private keys to control the coins belonging to them, presented in the form of UTXO (unspent transaction outputs). In addition, MimbleWimble technology solves the scalability problem faced by other anonymous cryptocurrencies.

The lack of complete confidentiality was one of the disadvantages of the first cryptocurrency, and this prompted many developers to create new anonymous altcoins. Why is anonymity so important? Of course, this is an essential condition for security and freedom on the Internet. It is for this reason that many users want to use the listed cryptocurrencies as a means of payment.

NOWPayments provides merchants and other individuals with this opportunity. With our service, you can start accepting anonymous payments in an easy and secure manner using a number of tools:

Due to the high competitiveness inherent in the payment industry, merchants are forced to look for new ways to attract customers. One of the most effective is anonymous crypto payments. Thanks to the introduction of one of the listed cryptocurrencies, you will be able to significantly overtake competitors, giving your clients the freedom and security they are looking for. Regardless of which anonymous coin you want to implement as a means of payment, NOWPayments is ready to help you make this process as fast and smooth as possible.