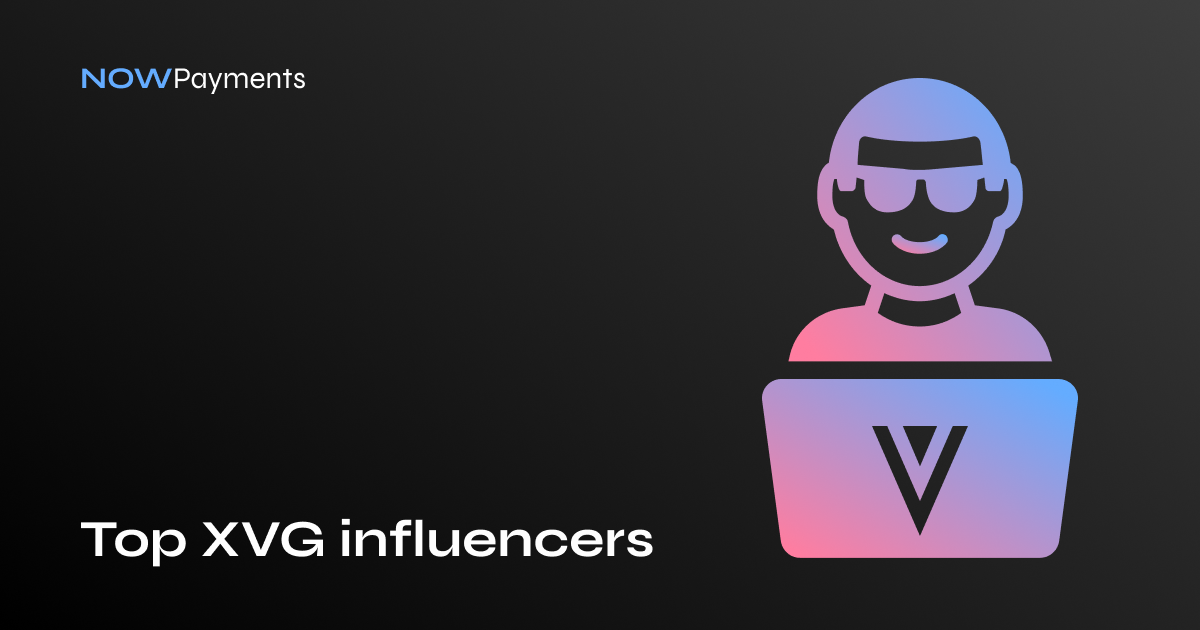 Verge is a blockchain known for its exemplary efficiency and impressive privacy features. XVG, the native currency of Verge, is a fairly popular asset used extensively by thousands of people around the world for day-to-day transactions. As a result, Verge has a great community of investors who support and promote their coin online. Some of them are particularly notable and can be considered real Verge influencers. Here is our list of the top 10 most prominent Verge influencers on social media.

Let’s start from the person you simply cannot ignore if you are a fan of XVG. Justin Vendetta is the founder of XVG. This legendary person in the Verge community has an official Twitter account that already has more than 37k followers. Justin regularly makes reposts of tweets about the latest developments of the Verge project. Additionally, Justin has a Twitch channel where he occasionally holds AMA sessions. So, if you follow Justin on Twitter and Twitch, you will get a chance to ask him a question about XVG and the Verge ecosystem.

Mark Wittenberg is the Business Development Strategist of the Verge currency. He is the influencer who has the largest audience in the Verge community, and it is not surprising since Mark’s Tweets always contain insights and information important for every member of the community. Mark’s contribution to the promotion of XVG has been recognized by the Consumer Technology Association, which put him on the list of 2021 Influencers. Mark also writes about things outside of the Verge ecosystem, so his Twitter is also perfect for those who are curious about the latest technology news.

Bane420 is a well-known trader and investor of Bitcoin and XVG. Bane, who, by the way, takes his name after the powerful supervillain of the DC universe, provides the community with interesting statistics on the development of the Verge currency. For instance, he presents data on Verge’s social activity and was first to point out that the project reached an AltRank™ of 45 out of the top 3349 cryptocurrencies. Bane also shares his predictions on the future prices of different coins. Still, it is important to remember that the Tweets of Bane should not be viewed as financial advice.

Ellis the Ginge, also known as XVG Boy, is an ambassador of XVG on Twitter who has amassed an audience of more than 6k people. Those who follow Ellis know that he always makes sure to repost exciting news related to Verge and blockchain technology. As an ambassador, Ellis also participates in the promotion of XVG. For instance, here, he describes the advantages of XVG and its features. Moreover, Ellis challenges its community to offer their opinions on different topics, including the situation with XVG after the end of the XVG emission.

Maria Dias, who has a cool Twitter name Vergin Maria, is another notable ambassador of Verge who enjoys a substantial following on social media. Maria’s Twitter is also a great source of invaluable information for everyone wishing to get an in-depth look at the state of the Verge ecosystem. Maria boosts Verge awareness on Twitter, for example, by sharing with the followers the basics of XVG and comparing it to other currencies such as Bitcoin.

MajorTom is not only a character from the iconic David Bowie song, but it is also an account name of a prominent member of the Verge community. MajorTom is an ambassador of Verge, and he always lets his followers know about the latest and most impressive use cases of the blockchain. So, give MajorTom a follow, and you will be aware of all the innovation happening on the Verge blockchain.

Alexandre Ederer is Verge’s Marketing Strategist and self-proclaimed XVG ninja. Unlike many other XVG investors, Alexander believes that the Verge currency should be used as a payment method rather than an asset that should be kept in one’s portfolio for ages. Alexander created a special motto for it “Hold Bitcoin, spend XVG.” If you want to learn more about the perspective of Alexander on Verge’s role in the economy of the future, then read this thread.

TranXVG is an XVG ambassador who agrees with Alexandre and is certain that the right way to roll in the crypto industry is by not only holding XVG but also using it. After all, it is impossible to disagree with them since XVG is a perfect currency for daily transactions. Tran’s tweets about Verge and its ecosystem deliver excellent engagement, which has been noted even by LunarCrush. Tran is a great guy, and you will absolutely love his tweets if you follow his account.

Pzycho Artizt is one of the most active members of the Verge community who not only makes frequent reposts of other people’s content but also writes insightful tweets himself. He is extremely supportive and encouraging of the XVG community in his tweets, which can be important to those who are easy to experience negative emotions during price fluctuations. He often shares his perspectives and stories in relation to various topics. As a result, reading Pzycho Artizt’s tweets is always fun.

Dorian Borovina is a VergeFam member who is committed to the promotion of XVG on Twitter. Dorian’s efforts to raise awareness of people on social media are quite successful since his tweets get more than a hundred likes. Dorian also shares his thoughts on the price development of XVG with his audience. Follow Dorian to see his perspectives on different Verge-related things.

The Verge blockchain and its native currency, XVG, are supported by a large and diverse community of people. Many XVG investors have popular social media accounts which they use to promote their favorite project. NOWPayments supports the mass adoption of XVG and enables businesses to accept XVG as payment or donation.