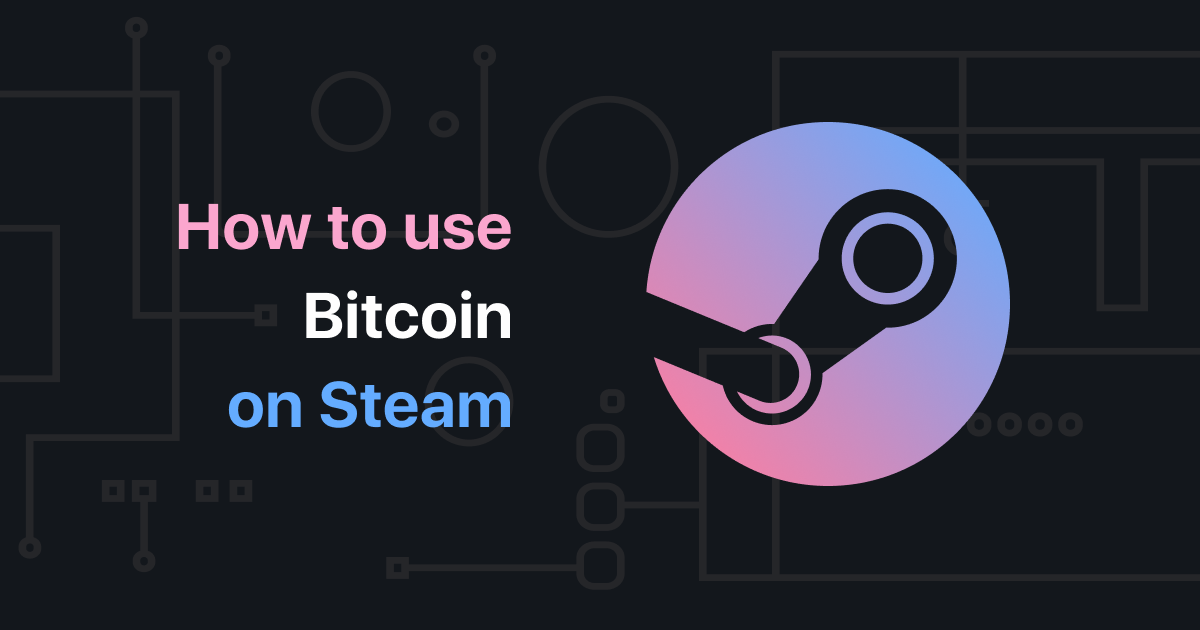 Steam is the most notable video game distributor on the planet, and it too has a history with Bitcoin. While as of September of 2021, the service does not accept cryptocurrencies directly, users still have plenty of options to get their Steam games with crypto. Read our article and learn how to buy games on Steam with Bitcoin.

As already mentioned, Steam does not support Bitcoin payments. Nevertheless, in the past, Steam was one of the biggest companies accepting Bitcoin. In April of 2017, Steam announced that it was going to offer a Bitcoin payment method to all of its clients. Unfortunately, the story ended in December of the same year when the company removed Bitcoin payments from its platform.

Since 2017, the company has not yet tried to implement Bitcoin payments again.

Why does Steam support or doesn’t support Bitcoin in 2021?

According to the official statement, volatility and high fees were the primary reasons for Steam’s decision in 2017.

Basically, the price which clients had to pay in Bitcoin fluctuated in mere minutes. As a result, Steam had to either compensate their clients for the difference in the price change or ask them to pay extra if the price dropped. Both of these scenarios involved sending an additional transaction which also entailed a fee. The company was not able to find an appropriate solution to the problem. Thus, a decision was made to abandon Bitcoin payments.

It is possible to assume that today Steam management still considers opening the way for crypto transactions too problematic due to Bitcoin’s high volatility and fees.

When will Steam support Bitcoin again?

It is unclear when and whether Steam at all is going to accept Bitcoin. Yet, by now, one problem, namely, high transaction fees, has been solved by the crypto industry. In order to lower transaction fees and increase their speed, Steam can utilize the Lightning Network. As for the volatility, it is an inherent characteristic of Bitcoin’s price trends, at least for now. Potentially, Steam could simply provide a shorter payment period. In other words, Steam could introduce a mechanism that would give clients only 2-3 minutes to make a payment.

Apart from Bitcoin, there are many other crypto alternatives that Steam can choose to implement. For instance, stablecoins such as Tether do not fluctuate in price.

How to buy a Steam gift card with Bitcoin?

Even though currently Steam does not accept Bitcoin payments directly, gamers can still buy Steam gift cards with Bitcoin without any obstacles. Steam issues its own gift cards, which have different values. Each card has a code that can be redeemed on Steam’s website. Essentially, you enter the code from your card and receive a sum of money that you can spend on Steam games.

There are multiple online stores that sell Steam gift cards for Bitcoin and other cryptocurrencies. For instance, Bitrefill and Coinsbee are two popular platforms where one can make a Steam card Bitcoin purchase and use it to get games on Steam.

Additionally, there are many platforms that sell Steam games for Bitcoin. For instance, G2A is a good example of a website that features thousands of games and lets clients pay with Bitcoin for them. Such websites have another advantage, they maintain low prices and always offer great deals.

Essentially, you can pay for a game key on G2A and redeem it to get this game on Steam while saving several dollars on your purchase. Given that there are dozens of websites selling game keys for Bitcoin, it is unlikely that gamers experience any inconvenience due to the inability to use Bitcoin on Steam.

If you own an online store selling video games or any other products, you can gain a competitive advantage by featuring crypto payments. Crypto invoices are one of the most user-friendly tools for collecting cryptocurrency payments from clients. Crypto invoices contain information on the transaction details, making it easy for your client to pay for their products with Bitcoin or altcoins. If your eCommerce store is deployed on WooCommerce, Shopify, PrestaShop, or other similar platforms, you can make your crypto payments automatic by featuring a crypto payments plugin.

Steam streamers or bloggers often receive donations from their audience. NOWPayments’ crypto donations widgets, buttons, and links can enable your fans to make donations in crypto.

Steam is, by all means, the largest and most influential game distributor on the planet. At one point, the company accepted Bitcoin payments but eventually had to give up the service due to high transaction fees. Today, layer-2 solutions such as the Lightning Network can at least partially solve Bitcoin blockchain challenges and enable Steam to feature Bitcoin payments again. For now, people that want to buy Steam games with BTC can make use of gift cards and game keys.