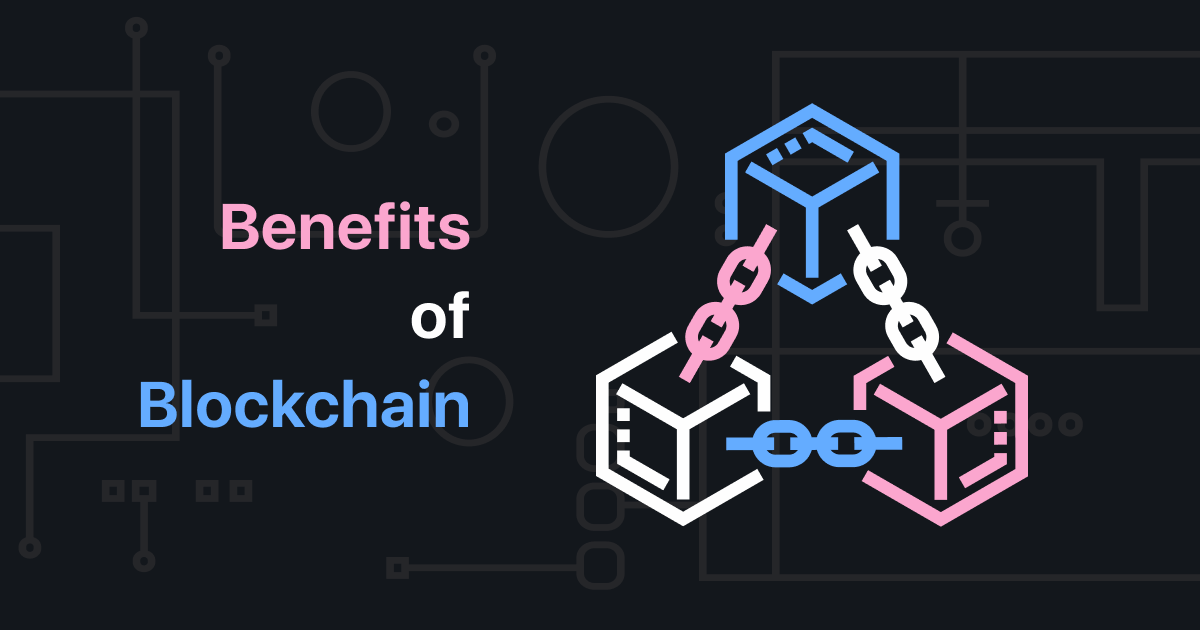 The number of people getting into crypto is rising steadily as more individuals discover that virtual currencies possess properties that are absent in fiat money. In 2021, the crypto industry reached its all-time high in terms of market capitalization but simultaneously saw an influx of investors who were not familiar with the mechanisms governing cryptocurrencies.

Thus, it seems that it is vital to reiterate the basics of blockchain technology once again and demonstrate its benefits. People who are considering investing in digital assets and businesses which are looking at the option of accepting cryptocurrencies will find this article particularly helpful.

When was it Developed?

The first blockchain-like system appeared in the 1990s when Scott Stornetta and Stuart Haber presented a mechanism for placing timestamps on digital documents, thus preventing any possible corrections in the future. The developers later added Merkle trees which improved efficiency by allowing the system to process several documents simultaneously. Nevertheless, the creators did not find any actual way to implement their solution, and their work eventually passed unnoticed.

Moreover, the patent for the technology expired in 2004, which shows that Stornetta and Haber also did not believe in the utility of their creation. Yet, in 2008, out of nothing, the mysterious person named Satoshi Nakamoto shared with the world a white paper that described a new type of a peer-to-peer cash system called Bitcoin. In 2009, Nakamoto launched the Bitcoin network and mined the first block, which kickstarted the blockchain.

How does It Work?

First of all, it is worth stating that a cryptocurrency is not a blockchain itself; rather, it is an application on top of the blockchain. A peer-to-peer distributed ledger is a common description of blockchain technology. Essentially, blockchain stores records of every transaction which takes place on it. The database of these transactions gets distributed across the network of users, each of whom has access to the ledger and can track every transaction. All data that blockchain processes is grouped into blocks to boost efficiency. When added to one another, these blocks form a continuous chain that cannot be altered. Once a transaction occurs, there is no possible way to change its details. Such features make blockchains secure

Over the past decade, blockchain technology had multiple iterations since more developers started experimenting with it. The most notable blockchain innovation emerged in 2013 when Vitalik Buterin introduced the concept of smart contracts. Buterin believed that the Bitcoin blockchain lacked functionality and it would benefit from scripting, but his views did not gain any significant support from the community. As a result, Buterin participated in the creation of the Ethereum blockchain, which started featuring smart contracts, scripts that users could deploy on top of the network and execute them.

The introduction of smart contracts gave rise to a new phenomenon called decentralized applications and expanded the practical use of blockchain. Nevertheless, some believe that blockchain is not the only possible solution for maintaining secure ledgers. Hashgraph is currently the only alternative to blockchain, but one which is rapidly gaining prominence. Hashgraph technology boasts an advanced level of security and transaction speeds and requires much less bandwidth than Bitcoin or Ethereum to operate.

As mentioned earlier, all transactions which occur on a blockchain get recorded and stay forever stored in the ledger. Moreover, each node in the network keeps a copy of the ledger, while every user has access to the information it contains. In other words, anyone can see details about each blockchain transaction, including when it was conducted, the addresses of the sender and the recipient, as well as the amount sent. This way, blockchain attains the highest level of transparency which is particularly relevant for enterprises that can use blockchains to improve their operational processes.

The absolute majority of blockchain is anonymous, yet the degree of their confidentiality depends on the principles they espouse. For instance, Bitcoin blockchain purses the standard anonymity model by making wallet addresses completely nameless. You do not have to provide any personal information to generate a Bitcoin address and start using the network. Nevertheless, if another person knows for a fact that the address you utilize is actually yours, then they will know pretty much everything about your blockchain activity. On the other hand, the Monero blockchain kicks anonymity up a notch by establishing complete privacy on its network. The blockchain uses stealth addresses and ring signatures which make it impossible for an external party to trace transactions of any user.

Blockchains rely on advanced technological solutions which guarantee them efficiency and rapid processing. As a result, blockchains possess the capacity to maintain a fast speed of transactions. Moreover, since blockchain technology is constantly improving and engineers are finding new ways to accelerate its mechanisms, new networks can handle much larger volumes of transactions in one second than the older ones. For instance, Bitcoin can process only seven transactions per second while Komodo can do twenty thousand ones. This shows how blockchain is able to evolve and proves that currently, it still has not hit its limits.

All blockchains are peer-to-peer, which means that no third party can interfere in the processes carried out by users on the platform. In the case of blockchain, there is simply no person or any kind of entity that has a right to control transactions that take place on it. Users can directly send their funds to others and expect them to arrive in a matter of minutes or even seconds without any obstacles.

How to Utilize Blockchain Technology?

Blockchain is certainly one of the greatest inventions of the twenty-first century, and it is a matter of time before it reaches mass adoption. Today, businesses can secure their share in the future by utilizing blockchains in their operations. The most convenient way to make blockchains a part of your enterprise is to accept cryptocurrencies. With NOWPayments’ solutions, you will be able to effortlessly and seamlessly integrate crypto payments.

For instance, companies can generate crypto invoices to accompany each of their products and services. Crypto invoices will contain basic information, including your blockchain wallet address and the sum of money your client has to pay you. Owners of stores on WordPress, and PrestaShop can set up a crypto payment gateway using NOWPayments’ plugins for these platforms. There is also an auto-conversion feature which lets businesses accept cryptocurrencies and automatically exchange them for fiat. Charities can derive utility from blockchain and deploy a crypto donation widget, button, or link on their webpage or social media. NOWPayments has a solution for any type of organization and is ready to help you enter the world of blockchain and cryptocurrencies.

Blockchain is a technology that dates back to the 1990s, but in its current form, it was first introduced in the 2000s by Satoshi Nakamoto. Blockchains have multiple benefits, but there are four which are most notable. Blockchains are transparent since any person can gain access to the history of transactions and see when they occurred. At the same time, blockchains are anonymous, and they do not make users disclose their identities, but the degree of their privacy varies from network to network. Finally, blockchains are fast and completely peer-to-peer, which means that users can perform transactions directly with one another and be certain that their transfers will arrive in a matter of minutes or seconds. NOWPayments provides services to businesses and individuals who want to make use of all the benefits of blockchains by accepting cryptocurrencies.