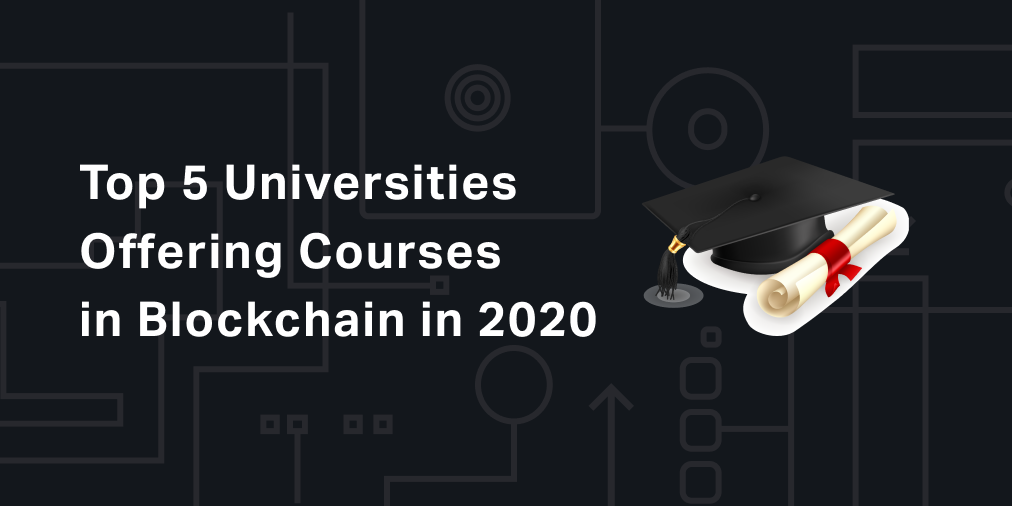 The blockchain industry has grown by leaps and bounds since its inception. It has proved itself to be a worthy contender for being considered as the next-gen technology that has the potential to solve most of the problems of the tech industry. Governments, influencer leaders, industry bigwigs around the world have vouched for the blockchain industry. They have called blockchain as the face of the new-age technology solutions.

It should be noted that blockchain technology is like a new kid around the block without a proven, tried, and tested path to success. Therefore, the path to breaking into the blockchain industry is also as new and innovative as the technology itself.

The University of Nicosia (UNIC) is leading among all the universities worldwide in terms of its course offerings in digital currency and blockchain technology. They were also recognized as the biggest contributor to the rise of blockchain and were awarded for it by The Block Awards in 2018.

UNIC also holds the honor of being the first university to launch a MOOC on digital currencies. The university claims that their blockchain courses have been attended by over 30,000 students.

Ever since it was founded in 1861, MIT has been the torchbearer of the technological revolutions in the US. The world-class research institution has led the digital age from the frontline. They have also pioneered today’s new-age technologies like open-source programming, artificial intelligence, and hacking.

Massachusetts Institute of Technology is one of the world’s best research institutions and it is also leading in terms of blockchain-related course offerings. They are currently offering three types of blockchain courses and these are MIT Student courses designed for the students of the university, Online MIT OCW courses for anyone interested in learning blockchain technology for free, and Executive-style courses for working professionals who want to purchase a blockchain course specifically made for working executives.

MIT is also supporting the growth of the blockchain field through high-level research papers and projects through its Digital Currency Initiative. The initiative is also providing support to the blockchain advocacy groups to raise awareness about the huge potential and associated risks of blockchain technology.

The blockchain course at Cornell is taught by none other than Emin Gün Sirer, the eminent Turkish American computer scientist. Emin Gün Sirer had published the Karma system in 2003 and it is the first cryptocurrency to follow the principle of distributed proof-of-work.

Cornell University’s blockchain courses set up students enrolled in its course for success as many of Cornell’s alumni are leading the crypto and blockchain world now.

#4. IT University of Copenhagen

IT University of Copenhagen runs the Blockchain Summer School in partnership with the reputed institutions like Copenhagen University & Copenhagen Business School.

The Blockchain Summer School programs have been running for the last four years and this program has been supported by the esteemed partners of these universities. Reputed companies and institutions like COVI, Carlsberg Group, Max Plank Digital Library, European Commission, Maersk, W3F, and World Wildlife Fund are supporting the IT University of Copenhagen’s Blockchain Summer School program.

During the program, students will be able to learn how to set up a productive environment before beginning with blockchain development and start working with platforms such as Ethereum, NEO, among others. The course will also teach the students how to design and implement smart contracts on their own and code decentralized applications (Dapps), all by themselves.

The Indian Institute of Management, Calcutta has launched a fintech & blockchain course in collaboration with Talentsprint, a popular platform for professional education. Their course is specifically aimed at management and finance professionals.

With a history of over 50 years in management education, IIM Calcutta has a long list of star alumni and is the only Indian institution to have triple accreditation from the EQUIS, AACSB, and AMBA. The coveted management institute is held highly in the financial & management education domain worldwide.

A course in blockchain technology will open the door to endless opportunities in the fintech sector for you. Currently, there’s a huge demand for trained blockchain professionals in the market. Take action now as today is the time like no other to enter the lucrative blockchain industry.

Wanna pay for blockchain courses in crypto? We have an affiliate program, so that if you introduce us to a university representative and we can make a deal, that would be just awesome. Drop us a line to learn more.