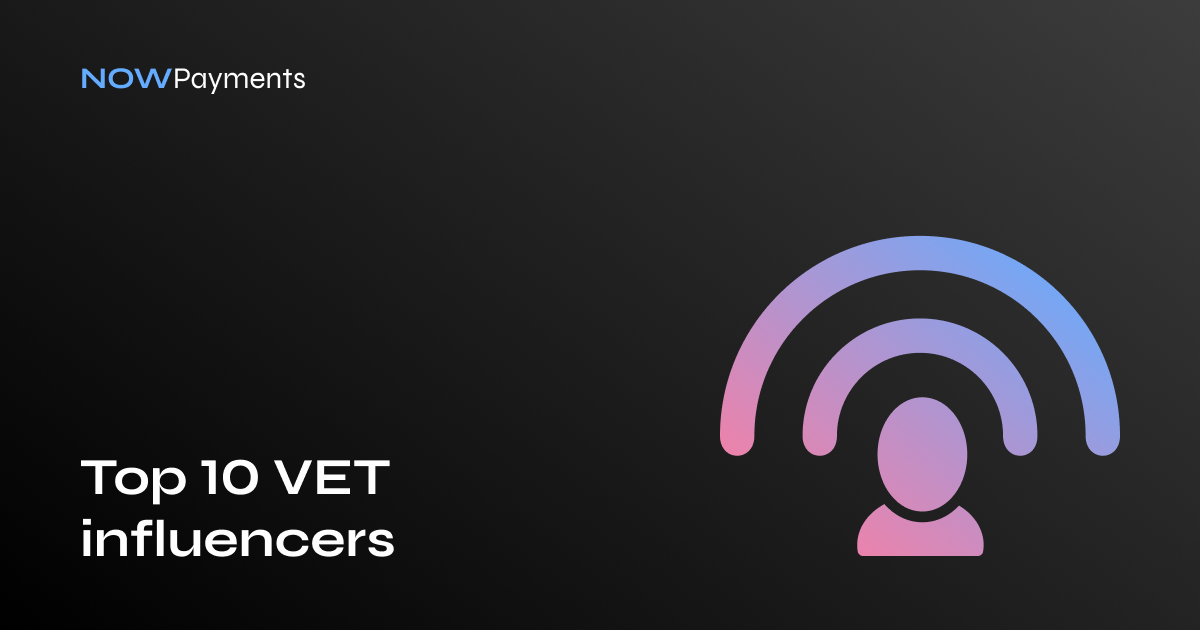 VeChain is a prominent smart-contracts platform which is used by enterprises for facilitating their business operations. VET is the native currency of VeChain, and it plays an important role as fuel for the entire ecosystem of the project. VET is also a great payment currency that is already utilized by numerous companies around the world. Since VeChain is a fairly popular blockchain, it has an extensive community of supporters and investors. There also are members of the community who share their thoughts and opinions on VeChain online. If you want to add VET to your portfolio or already own it, here is a list of the top VeChain influencers for you to follow to avoid missing any news about the project.

Jason Rockwood is General Manager of VeChain in North or South America who has a popular Twitter account where he amassed a following of more than 25 thousand people. Jason’s Twitter is a great source of news about VeChain and its initiatives. Basically, all the latest developments related to the project are always covered by Jason. Additionally, Jason shares his opinion on the current issues concerning both VeChain and the crypto industry in general. It is worth following Jason on Twitter also because he often posts real insights. For instance, here is a thread where Jason says that many organizations that already use VeChain’s technology are still not known to the public, which means that the project has more utility than it may seem to have.

Peter Zhou is the chief scientist of VeChain, and his Twitter account is followed by 18 thousand people. As with any scientist, you can expect to see a lot of technical info appear in your Twitter feed from Peter if you decide to give him a follow. Moreover, Peter also makes reposts of important news about the platform and things surrounding it. Essentially, if you follow Peter, you are guaranteed to be up to date on all of VeChain’s progress.

Eisenreich is another notable member of the VeChain community who regularly talks about the amazing things of the VeChain ecosystem. Eisenreich, quite frequently, tweets about use cases which go unnoticed by the majority of VeChain influencers. For example, here is a tweet about Sarah Regensburger, a designer from London who launched a batch of her works traceable through VeChain ToolChain. Such news definitely deserves more attention from the VeChain fans. Additionally, Eisenreich supports initiatives which are important for the entire community, including the campaign promoting VET listing on BitPay. Eisenreich’s Twitter account should be on your following list if you wish to be aware of all the exciting use cases and achievements of VeChain and VET.

Dimitris Neocleous is the UK and EU Ecosystem Manager of VeChain, which means that he has a lot of insights to offer to his audience. Dimitris tweets about VeChain adoption and great utility examples offered by the project. Dimitris also occasionally holds AMA sessions where he explains the VeChain basics and answers questions of the investors and enthusiasts eager to learn more about the technology. Dimitris highlights the advantages of VeChain, including the sustainability of the coin, and provides data proving it.

AsianCryptoBoy is a Twitter account which is a must for every VET trader. AsianCryptoBoy is a person who is capable of explaining all the complex things concerning VeChain’s price development in a simple language. For example, in this thread, he shares his thoughts on the possible bullish scenario for BTC and VET in the upcoming future. Additionally, he offers a strategy for handling this run and a way of withdrawing money. Of course, it is important to remember that AsianCryptoBoy’s tweets should not be considered financial advice. Therefore, his thoughts should be viewed only as one of the existing perspectives. AsianCryptoBoy’s Twitter account is ideal for everyone who is actively trading VET and wants to have a more comprehensive understanding of the situation on the market.

Sunny Lu is the person known to perhaps every VET investor since he is the CEO of VeChain. Following the CEO of every coin you invest in is perhaps a reasonable strategy considering the fact they are the person to a large extent running the project. While Sunny Lu is not the most vocal member of the community on Twitter, he still makes reposts of information vital for every VET trader and VeChain user. Sunny Lu also occasionally replies to his followers, so you always have a chance to ask him a question about the project and its future.

Jake.VET is a member of the VeChain community with a fairly sizable following of more than one thousand people on Twitter. Jake is a massive supporter of VeChain, and he takes time to explain to his followers the great features of VeChain and its advantages. For example, in this tweet, he stresses the significance of sustainability for VeChain and how the project can actually promote carbon reduction and circular economics. Jake’s account is also a source of rumors on the future development of VeChain, including about the rise of VeChain in China. Moreover, Jake is great at writing articles about VeChain. You can check out his article on the economics of the project and the advantages of VET.

Thor Crypto is the only YouTuber on the list of the biggest VeChain influencers, yet his content extensively covers all of the aspects of the project you need to know about. By subscribing to Thor Crypto on YT, you are guaranteed to receive weekly quality analytics concerning the price of VET and many other promising digital assets. Thor Crypto shares his perspectives on different coins and their potential. The coolest thing about Thor’s videos is that he always makes sure to support his thoughts with analysis and actual data, which certainly adds credibility to his words. Thor has a Twitter account where he also tweets about VET and expresses his ideas and perspectives on the current situation.

Ohhwesley is one of the most famous VET hodlers online. Half of his portfolio is allocated to VET coins. Such dedication of Ohhwesley to VeChain shows that it is worth following his Twitter account, especially if you also have VET in your crypto wallet. Ohhwesley is a strong supporter of the VET hodling strategy. Ohhwesley also supports the VTHO token. He makes daily reports on the development of VTHO, documenting the number of VeChainThor accounts, the market cap of the coin, as well as the burn rate. Basically, Ohhwesley’s Twitter account is excellent for everyone who wants to know in detail how VeChain is developing day by day.

Saleh Ahmed is another prominent personality in the VeChain community. Saleh is a technical analyst, which means that he has a meticulous approach to analyzing the price development of VET. He freely posts the results of his research enabling his audience to discuss his conclusions and agree or disagree with them. Saleh’s Twitter account is a real treasure for every VET trader and investor who wishes to maximize their profits. VET is not the only asset Saleh tweets about. You can find his perspective on BTC and many other coins as well. Nevertheless, it is once again important to bear in mind that Saleh’s tweets do not constitute financial advice.

How to accept VET as payment or donation

Many of the aforementioned VeChain influencers write about use cases of the project and VET in particular. Such posts get numerous retweets and exposure. Any business that also wants to be in the spotlight of VeChain influencers can do it by simply featuring VET payments. Once they do it, there is a high chance that their name will be all over the VeChain community in a matter of hours.

NOWPayments provides multiple ways of deploying a VET payments gateway. One of them is crypto invoices which are popular among freelancers, small businesses, as well as large enterprises. NOWPayments’ crypto invoices are reusable, and they automatically update the price in crypto, so it is a perfect solution for everyone.

A virtual Point-of-Sale terminal is a convenient method to issue crypto invoices, especially for individual clients with custom orders. NOWPayments’ PoS system can be run on a mobile phone, laptop, or tablet.

VeChain is one of the most promising projects in the crypto world, which brings utility to numerous enterprises around the world. VeChain’s influencers on social media allow VET investors to keep up with the latest news of the project and its native currency.