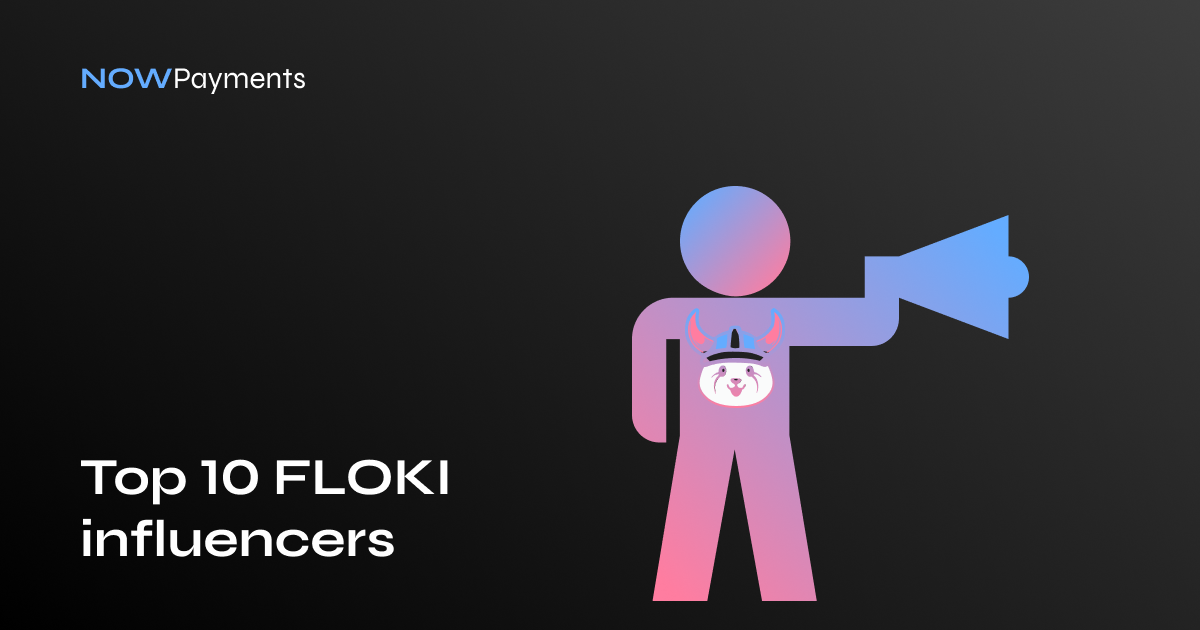 The meme coins have been the staple of the crypto market of the past year. Today, people invest millions of dollars into meme-inspired cryptocurrencies and manage to earn impressive yields. Floki Inu is one of the biggest dog-themed coins, which has rapidly gained a community consisting of thousands of enthusiasts. To a large extent, the rocket-speed rise to the popularity of Floki was due to widespread support among many influencers on social media. Check out the list of the most notable Floki influencers on Twitter.

What is Floki Inu crypto?

Floki Inu is not a typical meme coin. While the majority of crypto assets which were created as a joke do not have any application, Floki has actual utility. Specifically, Floki is driving the Floki Inu ecosystem, which consists of several elements, including Valhalla, FLOKI’s Play-to-Earn NFT Metaverse game, and Flokiplaces, an NFT and merchandise store. Floki Inu also supports charities and plans to create a crypto education platform called FLOKI university.

B is a member of the Floki Inu core team who has more than 40k followers on Twitter. In his account, B shares insights into the Floki Inu ecosystem and technology, providing the community with interesting thoughts and opinions. For instance, it is a must for every FLOKI investor to read this thread by Da Viking, where he writes an exhaustive account of Floki’s case for future growth and the role of its ecosystem. B believes that Floki has the potential to disrupt the crypto industry, and if you also support this message, then Da Viking should certainly be on your following list.

Jackie Xu is one of those people without whom Floki would not be possible. Jackie is a computer scientist and the lead developer of Floki Inu. Jackie is not the most avid user of Twitter, so you will not see him post much on social media. Still, Jackie possesses an excellent level of expertise, and his perspectives on the topic of crypto are extremely valuable. So, Jackie Xu is the Twitter personality from the Floki Inu community who will be especially interesting for blockchain developers.

Thomas Garetz is a Floki influencer who is big not only on Twitter but also on YouTube. In fact, Thomas runs two YT channels. The first one is his personal channel, where he shares advice and ways to make money online. The second channel that Thomas curates is the official channel of Floki Inu. The Floki channel has a variety of videos on the topic of Floki and its ecosystem. As for the Twitter account of Thomas, there he talks to his audience members and highlights important crypto news, and promotes his amazing videos.

Dr. Amanda Kavner is the Head of Education for Floki University. Essentially, Dr. Kavner is responsible for the most ambitious project of Floki, which sets the goal of educating all generations of investors on the basics of blockchain and decentralization. You should definitely add Dr. Kavner to your following list to learn more about how blockchains work and not to miss out on the opportunities to participate in all the Floki University initiatives.

Sabre is one of the most active members of the Floki Inu community. Moreover, he even works as Core Strategist & Marketing Director for the project. Sabre is known for his determination to make Floki the best crypto project in the world. Sabre often posts tweets which convey a message that the Floki Inu, thanks to its amazing team, has a great future and will overcome all the challenges on its way to the top-tier digital assets league.

Cryptolicious Maria is the absolute Viking Queen of the Floki community. By following Maria, you will get all the latest and hottest Floki news in your feed. Maria is a powerful influencer who has hundreds of active followers, so you can discuss different topics in her comments with them. Maria both makes her own tweets and highlights relevant info posted by other community members. Follow Maria to be more involved in the Floki community.

Although Floki Jim is not the biggest influencer in the Floki fam, he is certainly one of the most influential ones. Floki Jim does a great deal to support Floki and promote it on social media, and he does it effectively, judging by the fact that his tweets always get a lot of likes and comments. Floki Jim also closely follows all the Floki developments and provides alerts and notifications for the community when they are needed.

MoonCat is another great Floki influencer who is active on Twitter. MoonCat is even featured in Floki’s Hall of Fame, so the importance of MoonCat for the community is recognized officially. In his Twitter account, MoonCat shares his observations on Floki’s performance on the market and other topics. For instance, recently, MoonCat was among the first people to point out that Floki reached the first spot on Stocktwits.

Floki Inu is a wonderful project with an amazing community — Vikings. NOWPayments supports Floki Inu and offers tools for accepting FLOKI as payment or donations.