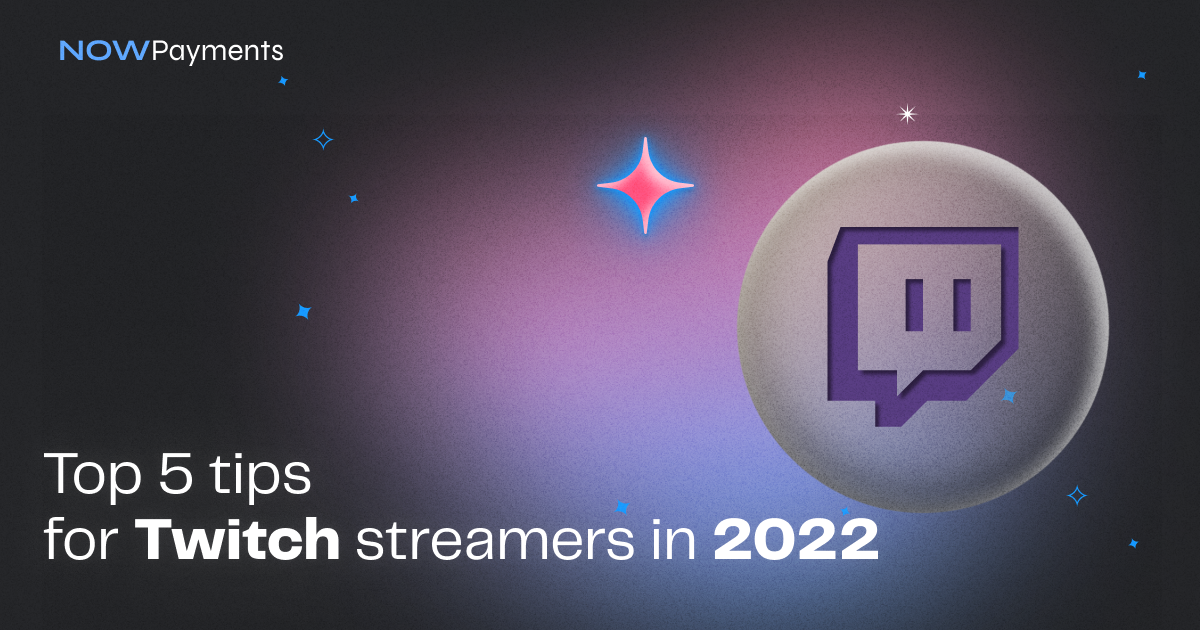 In recent years, professions such as blogger and streamer have been gaining unprecedented popularity. People are doing what they love while monetizing their activities in Twitch. What tips can help a streamer get better? Find out in our article.

Trends are a rather variable concept, but it is worth noting that there are a number of games that rarely go out of fashion:

The game was released in 2013 and is still the most popular on Twitch. After the release of GTA 5 on personal computers, talented independent developers have teamed up to turn virtual Los-Santos into a city inhabited by real living people. Gamers create a virtual hero with a backstory, whatever their heart desires, and then occupy any position in the virtual world and play it as seriously as possible almost every day. GTA 5 has turned into a role-playing game where you can become someone else. This is what the viewers like. And that’s why GTA 5 doesn’t leave the top of the most viewed games on Twitch.

The legendary MOBA (Multiplayer Online Battle Arena — a game that combines elements of strategy and role-playing action), which has been conquering the tops of all charts in the world for 12 years. Players like to watch professional games. Thanks to streams, they learn or just have a good time in the company of those who understand this rather difficult game. In addition, the popularity of LoL increases during tournaments that are held both in large arenas and just over the network.

For some reason, everyone really likes to watch how gamers are feverishly building, dancing strange dances and running around in costumes of heroes. Whatever one may say, the appearance of the Fortnite Battle Royale can easily be called one of the most important events in the gaming industry. Fortnite is the prototype of the multiverse that everyone dreams of. Here gamers not only fight for first place in the battle royale, but also listen to concerts, watch films together, and discuss racism.

The battle royale genre quickly and easily became popular on Twitch. The audience is rooting for the streamer (or against him) because the fights are very reminiscent of some kind of deadly show. At what point on the map will the player land? What kind of weapon will he find? How many opponents will confront him at the very beginning and will he be able to cope with them? Watching the game of professionals in Call of Duty: Warzone is a pleasure. Even famous personalities do not hesitate to play the game.

Ageless classics. In the first version of the game, many gamers played in computer clubs, because they did not have their own PCs. In CS: There are no fashionable characters (but there are stylish weapon skins), unusual abilities, fascinating effects. There is only the skill of the players and the adrenaline. It is difficult to explain the phenomenon of CS popularity. Probably, the game is loved for the fact that while its competitors are trying to find something new in the genre of team shooters, CS offers classic gameplay in which it’s not how you look that matters, but how you shoot and work as a team.

No one will want to watch you go through training, read instructions, or spend hours learning the basics. Make sure you understand the management before you start commenting on anything. You’d be surprised how many people focus on such little things.

Among the famous streamers, there are many former esports gamers or just skilled ones. This makes it clear that viewers are looking for people who understand what they are talking about. The exception is that you shoot entertainment material and know how to make humor out of your failures and ignorance.

Find enthusiasm in yourself when you comment. A common mistake that many streamers make is that they are either too quiet or pretty loud. Don’t try to blow up the eardrums of your listeners. Your task is to let your audience know that you are seriously passionate about the game and you care about what is happening on the screen.

According to statistics, most people decide to leave or stay within the first 30 seconds of the video. Of course, there are many other determining factors, but this one is the most crucial. You only have 30 seconds to impress the viewer with the content they haven’t seen before.

Be able to talk not only about the game

Listening to the constant “well, now let’s go into this corridor, wow, what beautiful dragons, let’s beat them” is very boring. Be able to find abstract topics, tell your audience, for example, about the origin of these dragons.

In the long breaks between the action on the screen, do not hesitate to tell some amazing stories — just so that the audience does not get bored. And always, always respond to the audience’s questions. The stream differs from Let’s Play in that here the gamer can communicate with people in real time (adjusted for delays), and people expect that this will be the case.

It is important to play high-quality and popular video games. For example, this includes AAA games and favorites with a large fan base, such as Minecraft or Call of Duty: Warzone. These franchises have no shortage of audience and they can be useful for getting the first subscribers.

Only then, as soon as you achieve some success, you can switch to games that meet your needs more. Novelties are very popular. If you start streaming on the day of their release, it will increase the chance of getting additional viewers.

Get closer with your audience

Not all of your viewers who want to support you have, for example, PayPal. Some have long ago abandoned traditional financial instruments in favor of crypto. By accepting crypto as donations, you show that you are a tech-savvy gamer. A quality that is vital for this kind of activity.

How to accept crypto donations?

Accepting donations in cryptocurrency is now at the peak of popularity for many reasons. Firstly, there is a growing interest in digital technologies. Secondly, there are no boundaries and limits. Third, it is safe and convenient. In addition, if you accept crypto donations, you will be able to significantly expand your audience. With NOWPayments, you can do it on 1-2-3. Just place a donation button on your page and accept any of the 100 cryptos as a donation.

Donations widget allows you to organize fundraising in more than 100 coins without leaving your page. The widget can be placed on your web page in just a few clicks.

Donation button can be easily added to your website or Twitch. By clicking on the button, the user is redirected to the confirmation page, where one can select any of the supported coins, specify the donation amount, and send funds.

Donation link is the perfect tool for social media users. With NOWPayments, you can easily generate your custom donation link and post it on your YouTube, Facebook, and TikTok or send it directly to your donors.

To generate a donation button, you need to follow these simple steps:

Don’t expect to get popular right away. Viewers follow their favorite streamers and rarely go to others, especially new ones. Try to place your stream on various platforms, accumulate an audience and keep it. One way to attract and retain an audience is to give them the opportunity to use crypto as donations, which is easy to do with NOWPayments.