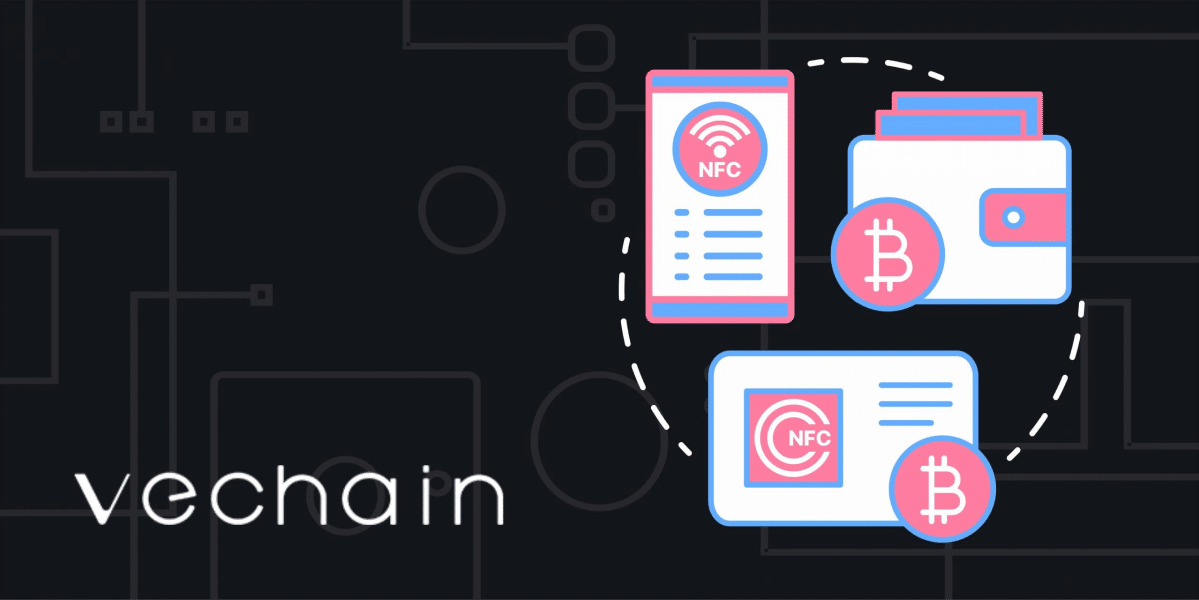 There are plenty of blockchain platforms that have been currently working in different industries and enhancing their functions. Be it medical, finance, or business; every industry requires a decentralized network to store the data and facilitate other services. When it comes to supply chain management, it is a crucial business process that requires a stringent network of regulation.

In this article, we are going to talk about a smart contract platform that is VeChain. So, let’s get started.

What is VeChain Crypto? How does it work?

It is a revolutionary blockchain platform that can work for, well, basically anything. This platform provides enterprises with all the necessary elements and solutions for building blockchain-based applications therefore letting them benefit from decentralized technology. There are two tokens involved in the VeChain platform: VeChainThor Energy (VTHO) and VeChain Token (VET). The latter primarily helps transfer value across the network, and the former works as the energy to power the transactions.

How does VeChain Work?

According to the VeChain white paper, blockchain can break “this asymmetric information problem and allow ownership of data to return to and empower its owner”, and the VeChain platform aims to bring “mass business adoption.” Businesses can use VeChain under the “blockchain as a service” framework, and VeChain also supports smart contracts.

Real world tech: VeChain provides physical objects with a unique identity. It is done using RFID (radio frequency identification), QR Codes, or NFC (near-field communication). Sensors record information at every stage of the supply chain, and are recorded and linked to the product’s identity. This way, everybody can be ensured that at every stage everything is done correctly. Also, consumers can verify their purchases. lBecause of the sensors, any aspect of the product can be monitored at all times, with any issues that arise instantly passed back to the relevant stakeholders. For example, manufacturers can track if the products are stored at the needed temperature.

VeChain cryptocurrency: VeChain employs the dual token structure. If a person or a company holds a lot of the VET crypto, they get a higher priority and can use the blockchain resources. VET can also generate a second kind of token, VTHO, to access the supply chain technology. VTHO  It is used to power transactions on VeChain and is equal to the cost of conducting transactions on its blockchain, with its concept similar to NEO’s GAS. The VeChainThor blockchain uses Proof-of-Authority as a consensus protocol (it only passes transactional blocks through Authority Masternodes holding at least 25,000,000 VET), and the blockchain allows for Proof of Work (PoW) for every transaction.

Examples of how VeChain can be used

VET use cases are endless, and NOWPayments is happy to have contributed to the ecosystem:

VeChain technology can be used, as mentioned, earlier by manufacturers of any kind who want to track their products and their parameters at all times, with VeChain tools, like sensors, delivering the necessary information about the temperature, conditions etc.

Objectives of VeChain In Depth

According to VeChain’s whitepaper, this blockchain platform was built to make supply chain management simpler and that is something that they have definitely worked a lot on. It has blended the physical tracking with blockchain to keep a close eye on the products right from manufacture to delivery. VeChain is also great to enhance transparency in management and reduce the risks of fraud.

The best example can be that the platform is used to track the authenticity, quality, transportation medium, last-mile delivery, and storage temperature. For this, the VeChain platform utilizes Radio Frequency Identification or smart chips that broadcast the key data and information to the blockchain network. All the applications related to that sensor can be monitored in real-time.

Both manufacturers and customers will be informed regarding the package’s service improvements and delivery; it is as simple as that. Since its launch, the company has helped corporations track their supply chain right from manufacturing to delivery.

VeChain – Down The Memory Lane

2015: Founded back in 2015 by Sunny Lu, ex-CEO of Louis Vitton, China, VeChain was initially the subsidiary of Bitse, which is the largest blockchain company in China. VeChain is categorized among those few blockchains that possess a strong customer base from the beginning.

2017: VeChain has also partnered with many companies to reach its goal. The accounting firm PricewaterhouseCoopers (PwC) is the most noteworthy partnership so far.

2018: The VEN token initially functioned on the Ethereum blockchain; later, VeChain transformed its own blockchain and revamped its functions in 2018. The VEN Blockchain then turned into VeChainThor (VET) in 2018. The main aim is to make the data actionable and more transparent by disrupting the current supply chain management system. VeChain also partnered with Jiangsu Electronics, China, to create RFID chips for Renault and VeChain’s car manufacturer. It was in the year 2018 that VeChain launched its mobile wallet.

Unlike other blockchain platforms, VeChain has adopted a holistic approach to its development from the beginning. The entire ecosystem is designed to make the movement of goods and services on the supply chain and make it easier for the corporations to conduct their processes.

The platform possesses two token systems, one for the funding of projects and the other for powering the blockchain. This blockchain platform has been highly strategic in terms of its partnership. Since its early days, the company is trying to tie up with the leading companies with a view to expand their horizons. Bagging a strong partnership and assisting in the development of smart cities is yet another significant achievement.

Initially, VeChain issued VEN tokens on the Ethereum network before it launched its own blockchain platform in 2018 as a part of the rebranding. The new platform was known as the VeChainThor. The amount of VET with a person or enterprise determines the priority level of blockchain’s resources.

A different type of token can also be formed, which is VeThor or Thor Power, to get access to the supply chain technology.  When a company wants to take up the services of VeChain for their supply chain, they have to pay VTHO for adding more information to the blockchain.

The cryptocurrency platform that facilitates all these services is called main-net. It can be used to launch other blockchain projects and coins on VeChain’s system. Such potency has enabled VeChain to transform from supply chain to Dapps.

What Can VeChain Do For You?

VeChain also has sensor chips meant for physical products that are actually linked to the blockchain platform. It is manually prepared for mass enterprise adoption. Since 2015, its real-world tech has been leveraged by the industries, such as the development of NFC tracking chips in handbags of a French luxury brand.

Later in 2016, the real-world tech was also applied to the car manufacturer Renault to track the car’s history. Right from mileage, maintenance to accidents, it keeps track of everything that has ever happened to the vehicle. VeChain is also in talks with BMW and other car companies in Asia and Europe for a partnership. It is quite evident that this technology can be used in other industries, and there is a wide scope for VeChain to collaborate with others.

Where Can You Get VET?

VET is the cryptocurrency of VeChain that can be easily availed from crypto exchange like Huobi and Binance. You can also visit the official website of the VeChain in order to purchase the VET.

How Does A Block on VeChain Get Approved?

It is a general thumb rule that blockchain technology needs approvals from multiple people to get new blocks approved or added; that’s what makes blockchain secure. A block is a record of multiple transactions that will make the blockchain. These blocks are impossible to change once they are added to the blockchain.

There are different agreement methods with regards to the block, which is known as the consensus protocol. Proof of work is a common example that is associated with Bitcoin mining, and whoever cracks the cryptographic puzzles gets the prize.

VeChain has a different approach and model altogether, which is called proof-of-authority. There’s no need for cracking the cryptographic puzzle; it only needs a group of approved people known as validators. Each validator manages software that helps in validating the new blocks, which eventually makes the transaction a lot faster than the ones done with proof of stake or proof of work protocols. VeChain attempts to create a balance between total centralization and decentralization.

As mentioned earlier, the VeChain blockchain utilizes the proof of authority model as a consensus protocol. On the basis of this protocol, votes are distributed according to the VET holdings and disclosure. VET holders with 1 million tokens and KYC are assigned 20% of the votes. The holders who have done KYC will be given 30%.

101 Maternodes work in reaching the consensus on transactions happening on the VeChain blockchain. The network is quite different from that of BTC that requires all nodes to vote prior to reaching consensus. Identity revelation is mandatory to become an Authority Masternode. This system makes less consumption of power and does not have the requirement of minimum validators.

The masternodes centralize all the voting rights within a decentralized system. It is quite certain that this system will lay the groundwork for seamless cryptocurrency governance.

VeChain has brought a radical transformation in the industry using its potential. With VeChain having its own platform, a solid track record of delivering secured services is a must. The expectations of VeChain partnership with BMW and Renault is an evident sign of its future growth. VeChain is undoubtedly viewed as a good bet for investors in every sense. With some high yielding partners and services by the side, VeChain will certainly step up the productivity ladder.