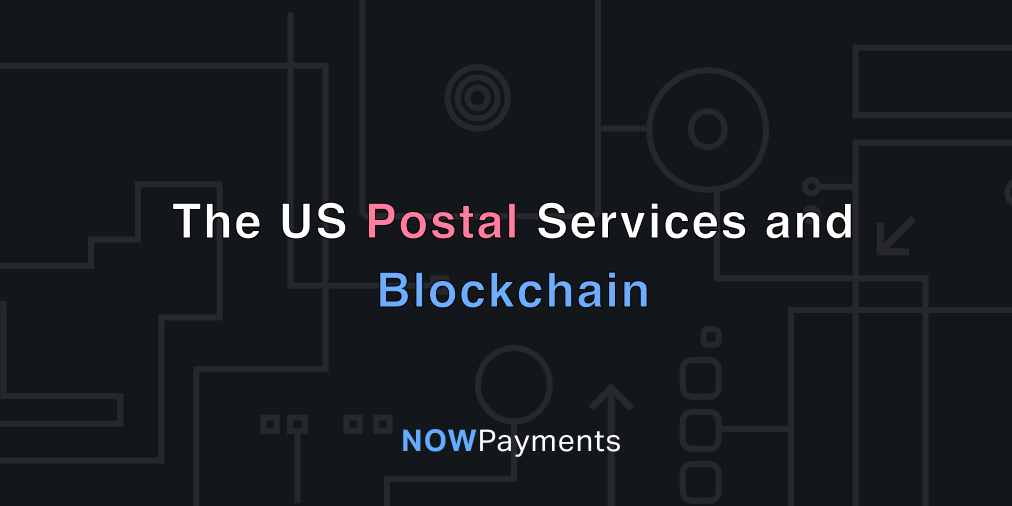 There is almost no area left that has not been affected somehow by blockchain technology. Almost every industry is harnessing the potential of blockchain and cryptocurrency to kickstart things so that they move beyond digital. Possibly anything and everything can be secured with the blockchain.

From finance to the business industry, there is a lot that is currently dependent on blockchain for so many things. Each day innovations are being brought into the world of cryptocurrency and blockchain. Digital currencies like Bitcoin, Ethereum and Litecoin are being used for making digital transactions everywhere.

Recently, we have come across some interesting facts about the United States Postal Services, introducing a secured voting system with the help of blockchain. The news has stirred the blockchain market, and the US government expressed interest too. If you never knew this fact, then, you have a lot to catch up on. So, let’s discover what it entails for the government and the US citizens.

Where Does It All Begin?

When the news came out that Trump is shutting down the United States Postal Services, which has put a stop to the mail-in voting, the US Patent and Trademark Office made a news-worthy announcement. The office has made a public appeal on behalf of the USPS titled “Securing Voting System” insisting on using the blockchain technology with an aim to secure the mail-in voting. It is reported that the patent application was filed by them back in February 2020.

The gist of the idea is introducing a voting system that will be based on the blockchain and mailing system which will facilitate a secured and reliable voting system for this presidential election. All the registered voters will get a computer-readable code via mail, after which they will need to confirm their identity and fill in the necessary ballot information. The voting system will identify the voter, maintain the vote anonymity and eventually safely store all the votes in the distributed ledger of the blockchain.

Why is Blochchain The Solution?

All the challenges and issues regarding the mail-in voting can be resolved by blockchain. The blockchain identity services are already being developed and aimed at removing the discrepancies in the voting system. When the votes are transferred to a distributed ledger, they will be instantly transmitted, reducing the chances of vulnerability in the ballot. At the time of the paten application appearance, the Postal Services didn’t make any comment.

The Overview of the Entire Case

The application sent by the US Patent and Trademark Office clearly has illustrated how blockchain technology will be serving the US voting system and securing the entire process. In the patent, USPS mentions that voters generally prefer to vote in a secured and convenient manner. Those who are hosting the elections, on the other hand, wish to ensure that the results are not tampered with in any way. All the received votes must correspond to those who have cast their votes.

Blockchain meets these needs by securing the votes cast and storing them in the distributed ledger. It allows for the tracking of the data in a secured way so that it cannot be altered at any stage.

The Technical Head at the Hedera Hashgraph, Paul Madsen said that blockchain or the distributed ledger technology is fundamentally created for a community to provide them with a shared and trusted view of the data without giving the authority to any single entity. So, the all the parties involved have to come to a consensus with regards to the change in data. Madsen further added, all these benefits can be used in recording the votes in the upcoming elections.

He is completely in favour of the USPS patent and considers that the functions of blockchain would change the way in which mail-in voting used to be conducted. All the votes will be recorded on the blockchain or timestamped to be recorded later. This way, it will decrease the risks of double votes.

Madsen also emphasized that blockchain alone is not a magic solution for all the challenges the voting system faces: identity verification is equally important and more significant at some point.

How Did Blockchain End Up In the Voting System?

During the Utah Republican Convention, the blockchain technology was first utilized to let the delegates attend the Republican National Convention after it had been decided that the convention would be held remotely. The blockchain technology was first used during the West Virginia elections back in 2018 for the overseas military ballots. However, the MIT report mentioned that there were weaknesses in the vendor software. As a result, the USPS Inspector General looked into the use cases of blockchain to find that identity services are the areas where it is advisable to implement blockchain and influence the voting system in a positive way.

It is believed that the idea of using blockchain in voting stemmed from the 2018 elections, but as it had its share of drawbacks, it took time for the United States Postal Services to actually bring it into action.

Let’s check out some of the facts and instances of the whole story:

Two blockchain voting pilots will be deployed in different regions of the country. Rostelecom will handle one pilot, and the Department of Technologies will manage the other one. The blockchain pilot of Rostelecom will conduct remote voting as scheduled on September 13, 2020, in two regions, Yaroslavskaya and Kurskaya. The voting system is based on the Waves blockchain wherein all the authorized participants will have control over it.

It would be interesting to witness how Russia will conduct this by-election with the blockchain voting system. This use case of blockchain in the voting system will prove to be beneficial for the United States Postal Services, so that they could move forward with their testing.

There’s no doubt that blockchain has changed the face of the digital world. The world indeed needed a decentralized technology that can facilitate better security and integrity in the transaction and data management. Blockchain is doing exactly the same for the world. Almost every industry has embraced the benefits of blockchain, and now it’s the United States Postal Services that is trying to leverage the potential of this radical technology. It is primarily aimed at securing the mail-in voting that will play a critical role in the next presidential election.

The USPS Office of Inspector General has been encouraging to analyze the benefits that various industries have been enjoying while using blockchain technologies and how they are going to help the postal services. The OIG dug into the 2016 reports of blockchain use cases that highlighted four key areas, including financial management, identity services, device management, and supply chain management. It will be the identity services where USPS can confirm the necessity for blockchain as it would prove to be significant in the mail-in voting.