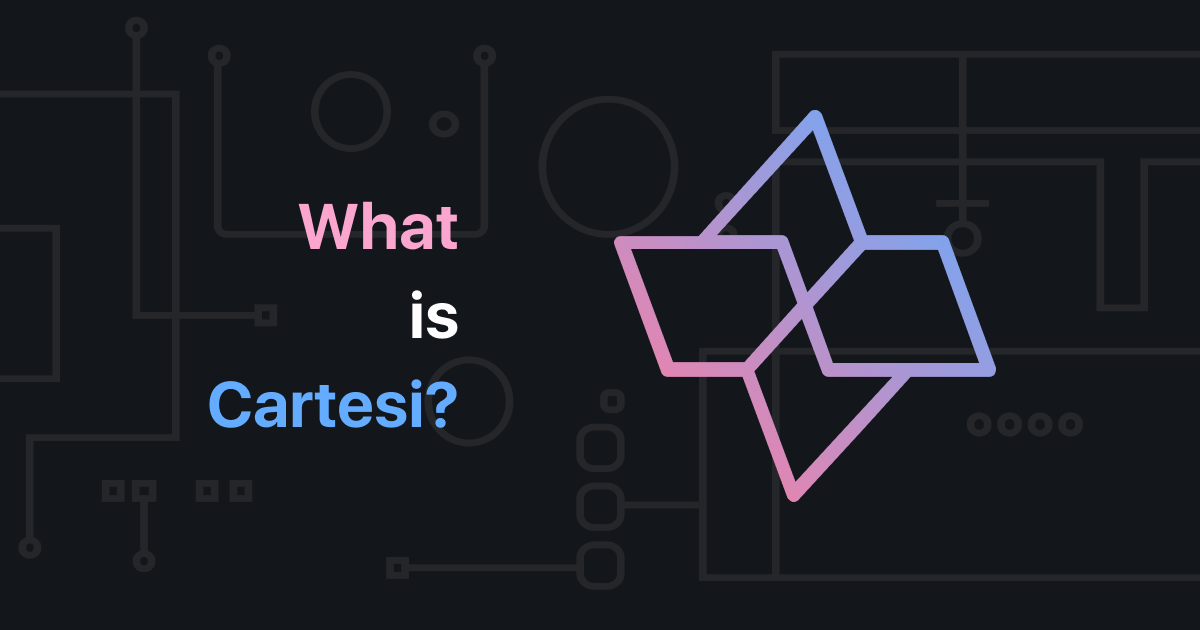 Since its introduction, blockchain has been integrated into a large number of projects. One of the prominent areas of blockchain implementation is decentralized applications. Yet, a considerable problem exists in this sphere. Namely, developers face a host of limitations, including a small number of tools available to them when creating decentralized solutions.

Cartesi is a versatile project that desires to remove unnecessary barriers by letting developers employ a user-friendly Linux runtime environment. CTSI is the native token of the Cartesi ecosystem, which performs functions essential for maintaining Cartesi’s operations. NOWPayments offers a variety of tools that let companies accept CTSI payments and donations with ease.

Cartesi was created in 2018. Erick de Moura, Augusto Teixeira, Diego Nehab, and Colin Steil are the founders of Cartesi. They wanted to design a system that would allow the crypto industry to resolve the issues related to computation, scalability, and infrastructure of blockchain applications.

Blockchain adoption is a niche. Only 0.1%* of developers have explored blockchain because of its inconveniences. Developers deal with very restrictive environments and cannot code smart contracts with mainstream software. With an operating system like Linux, they can use existing software and tools to create blockchain applications.

As a result, Cartesi was born. Cartesi is a layer-2 solution that integrates Linux and enables standard programming environments for blockchains. It allows developers to code scalable smart contracts with rich software tools and components that they are used to. Despite the fact that computations generated using Cartesi run off-chain, they can still be verified by blockchains maintaining all of the underlying security guarantees and decentralization of that blockchain.

As mentioned earlier, Cartesi facilitates the process of development of dApps with the help of Linux. Thus, Cartesi can boast a long list of features that distinguish it from similar projects. Cartesi dApps are scalable since all the demanding computations occur off-chain while simultaneously retaining blockchain security. Cartesi is expressive because there are hundreds of software components available on Linux. Cartesi also helps to make dApps portable, meaning that they can be deployed on all major blockchains.

Cartesi Core is the name of the project’s infrastructure, which involves both on-chain and off-chain components. The latter is called Cartesi Node, and it frees the consensus layers from the processing load while still maintaining security with the assistance of the blockchain. In order to keep its system working, Cartesi Core relies on three key elements. Namely, the Cartesi Virtual Machine that runs a Linux distribution. The virtual machine executes the logic of decentralized applications.

Another element of Cartesi Core is its crypto economic protocol that utilizes incentives to stimulate dApp users to interact with the system in a correct manner. Finally, the third component of Cartesi Infrastructure is the on-chain dispute resolution. It resolves conflicts which may arise off-chain. The users whose behavior the system finds to be improper get charged with an economic punishment while those who suffer receive compensation.

Noether is a side chain of Cartesi whose key objective is to ensure temporary data availability. Essentially, Noether is an oracle that helps dApps store and have access to the data only needed for their operations. In a standard setting, blockchains keep records of all activity which took place on them. Such an arrangement is too expensive and unnecessary for the majority of dApps. Noether acts as a temporary storage ledger that significantly reduces costs for Ethereum-based applications.

Since Cartesi delivers an excellent platform, many developers are willing to use it for their projects. Blockchain games are a rapidly growing sphere where traditional software is essential for making a high-quality product. Creepts is a game developed using Cartesi solutions. It is a fully decentralized game that does not involve any smart contracts. Cartesi developers created Creepts with the help of Linux software stacks. It is both a great entertainment piece and a perfect demonstration of Cartesi’s capabilities.

Creol is a company which designs a commercial building control system that helps users minimize their carbon footprint. Creol utilizes Cartesi in its IoT devices in order to make measurements and computations fraud-proof. Creol is one of the projects which entered Cartesi’s dApp Incubation Program and received backing from the platform.

SimThunder is another project which is part of Cartesi’s dApp Incubation Program. SimThunder is a marketplace designed for fans of eSports and simulated racing. Users of SimThunder can trade and exchange sim racing equipment and car parts. It also provides sim racers with a platform where they can acquire NFTs representing the ownership rights of digital cars. SImThunder makes use of Cartesi’s Descartes SDK in order to guarantee secure sharing of NFTs in a trustless environment which prevents the disclosure of NFTs’ contents to the public.

Carti is also a winner of the incubation program initiated by Cartesi, and it is a project that is building a decentralized package manager for Cartesi Machines. The ultimate goal of Carti is to enable developers to store and share data components the way they want to and the way it suits their users. With the help of Carti, Cartesi developers will get an opportunity to reuse the work done by others and thus drive the community forward.

Texas HODL’em Poker is an upcoming game developed by Cartesi which has to demonstrate the advantages of the Layer-2 solution for online games. Cartesi relies on Mental Poker, which implies that every user utilizes their own device to play the game. Cartesi uses Polygon’s PoS sidechain to establish players’ communication and to record the game’s log.

Essentially, the game runs on TurnBasedGame smart contracts, which prevent any cheating. All illegal moves of players are disputed, and the correct outcome of the game is always chosen thanks to Descartes Validator Nodes and the Poker Verifier Cartesi Machine. The latter involves booting a RISC-V Linux OS and executing a program that replays the entire game. After analyzing players’ interactions, it determines the winner.

CTSI token is the native currency of Cartesi. As a utility token, CTSI was designed to perform vital functions in the Cartesi ecosystem. For instance, CTSI is a utility token that works as a crypto-fuel for Noether. CTSI can be staked to receive more CTSI rewards. Stakers also get a chance to participate in the network development. The PoS system selects node runners randomly and grants them an opportunity to generate a new block. Users of the network pay CTSI to insert data on the side-chain. CTSI is also essential for Descartes Rollups. The token will be used by decentralized applications to outsource the execution of verifiable and enforceable computation to entities running Descartes nodes.

Cartesi issued 1,000,000,000 CTSI. Nevertheless, since Cartesi is planning to rely on a Proof-of-Stake system, it may issue new CTSIs to encourage Worker Nodes to participate. Still, despite the possibility of an increasing supply, Cartesi designed a mechanism that allows it to simultaneously boost participation and limit inflation. Deflationary scenarios are a part of the mechanism. Thus, Cartesi is well prepared for a situation when thousands of people decide to earn using CTSI and will be ready to employ inflationary/deflationary solutions to keep all stakeholders satisfied. If you want to learn more about the macroeconomy of the token, check out this article.

The primary role of Cartesi coin is delivering an incentive to the participants of the platform. For instance, in the case of Cartesi Core, CTSI acts as collateral and part of the arbitration mechanism, which encourages users to act properly. Additionally, Cartesi Side Chain users need CTSI to pay for data storage for their applications.

The Side Chain itself runs on the PoS consensus protocol. Block generators get CTSI rewards and the fees which dApps pay for adding new data to the network. Descartes nodes are paid incentives for the execution of verifiable and enforceable computation. Noether, Cartesi’s data availability protocol, also implies using CTSI in order to pay for transfers of data.

CTSI tokens are an extremely popular asset which numerous crypto exchanges feature and actively trade. Changelly, Binance, Uniswap, Crypto.com, and a host of other platforms offer their clients to buy CTSI tokens. There are also many wallets that let CTSI holders store their funds. Atomic Wallet, Ledger, Trezor, and Trust Wallet are all great choices for you to keep your CTSI tokens secure.

Moreover, CTSI tokens are also useful outside of Cartesi infrastructure. For instance, one can rent a property on vacation using Travala.com, a booking service that accepts CTSI as payment. Thus, CTSI is a currency which is available to everyone willing to invest in it or utilize it as part of their business.

How to Accept Cartesi Tokens

CTSI is a currency which is vital for the Cartesi ecosystem. Nevertheless, it is also an ideal payment option for businesses that want to accept cryptocurrencies. NOWPayments offers various tools that allow people and organizations to accept CTSI as payment or donations. For example, merchants can add crypto invoices to their products. Crypto invoices include information necessary for conducting CTSI transactions.

Online stores with websites on platforms such as WordPress, Shopify, PrestaShop, Shopware, or companies that use other website software products can accept CTSI by utilizing crypto plugins. Those looking for custom CTSI payment gateways can employ an API developed by NOWPayments. Charities and bloggers can accept CTSI donations through widgets, buttons, and links on their websites and social media.

Cartesi is an innovative platform for developing decentralized applications which provide a Linux runtime environment and an extensive set of tools that accompany it. CTSI is the native token of Cartesi that users employ to gain access to different services of the platform. NOWPayments delivers several ways of deploying CTSI payment gateways that let companies and individuals accept Cartesi cryptocurrency.