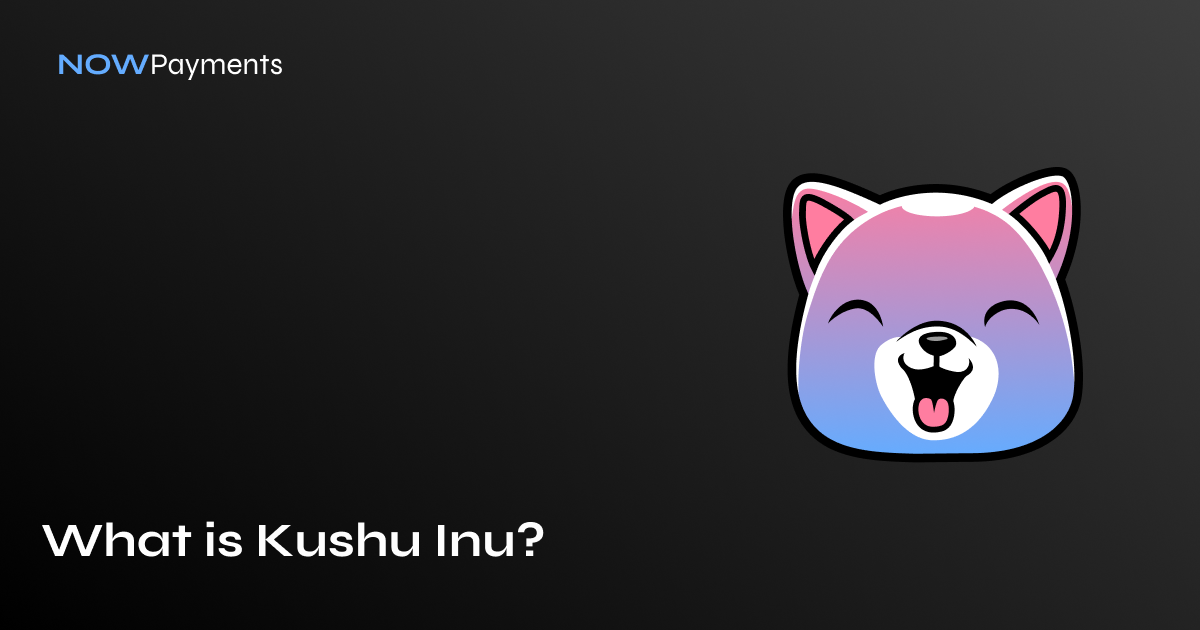 Meme coins and tokens have really taken over the crypto industry by storm. Each of them is unique and cool in its own way, but perhaps the title of the cutest of them all belongs to Kishu Inu. Kishu’s mascot can steal the heart of any crypto enthusiast. At the same time, Kishu Inu is also a solid project which has managed to attract thousands of investors who have big plans for it. The adoption of Kishu Inu is going rapidly, and NOWPayments enables any businesses to contribute to it by featuring KISHU payments.

$KISHU is an ERC20 token which means that it exists on the Ethereum blockchain. The token officially began its life on April 17, 2021. Although Kishu uses the meme approach to its project, it is much more than simple crypto made as a joke. KISHU has a clear mission which is bringing popular cryptocurrency concepts to the mainstream. Unlike other meme coins, KISHU seeks to introduce its holders to next-gen concepts such as NFTs, participation rewards, decentralized exchanges, and many others, which shape Web 3.0 and the economy of the future.

The Kishu Inu project does not have owners. Instead, it pursues a decentralized model where it is supported by its community of enthusiasts. Kishu Inu encourages free and open communication among its community members to ensure that everyone has a chance to participate in Kishu Inu’s development. Multiple, independent, free group efforts in development, community self-management, and more are strongly encouraged.

Trust is a major element of Kishu Inu. As a result, the project maintains full transparency not only in the community support and development but also in any security efforts. For instance, the project has conducted top-grade audits of $KISHU’s code. Additionally, its liquidity tokens are being burnt to reduce any risk of malicious behavior. Since KISHU’s Smart Contract has successfully passed a top-grade security audit, the community can be confident that the project is fully transparent.

The max supply of the Kishu Inu coin is 100 quadrillion, and one of its key functionalities is its decentralized usage rewards mechanism. Basically, every transaction involving Kishu entails a tax which then gets distributed among $KISHU holders who use decentralized wallets. Such a strategy enables the Kishu coin to foster a healthy distributed network and community usage. Essentially, the more Kishu is used, the more rewards the community gets.

How does KISHU work?

Kishu works as a utility token and has many use cases. The majority of them are related to the Kishu Inu ecosystem. Here are the main ones:

KISHU Swap is a decentralized exchange (DEX) where users can swap any ERC20 token for another one. It is powered by Uniswap, the largest and safest DEX in the world, and acts as the foundation on which KISHU INU will develop further functionality and use-cases for any $KISHU holder

KISHU Crate is the official KISHU INU community’s decentralized NFT marketplace – $KISHU tokens can be staked (locked) in order to receive exclusive NFT rewards and digital collectibles featured by artists that are themselves part of the KISHU community. KISHU INU will foster participation in regular contests for artists to showcase their work and have the community vote on which should be added to the marketplace.

KISHU Paw Print is an app with which users can track their $KISHU token stats over time. Stats include $KISHUrewards and total balance, current USD value, price charts, and more.

Is Kishu Inu worth investing?

Kishu Inu is a relatively new coin on the market, yet it is pretty obvious that it has experienced massive growth in the span of one year. Such a scale of success is a really rare phenomenon in the crypto industry. Moreover, Kishu defies many meme-coin stereotypes. For instance, people usually see meme coins as pump-and-dump projects that investors simply exploit to get rich fast. Yet, the Kishu coin has made it clear on numerous occasions that it is here to stay and that the KISHU enthusiasts should understand that no shady dealings and schemes await them in the future. Moreover, the decentralized community of the Kishu crypto is fostering long-term development of the ecosystem, which will result in real use cases, greater rewards, and popularity beyond any temporary trends. Therefore, when answering the question of whether Kishu Inu is worth investing in, it is safe to say that the project has good long-term prospects. Additionally, if the token manages to keep its current momentum, it can easily become one of the leading cryptocurrencies on the market.

How to accept Kishu Inu?

Companies that are interested in deploying a KISHU payment gateway can utilize NOWPayments’ tools. NOWPayments is a service that provides businesses with reliable solutions for setting up a Kishu Inu coin payment gateway. For instance, eCommerce businesses can utilize plugins that are compatible with PrestaShop, WooCommerce, Magento 2, WHMCS, OpenCart, Zen Cart, Shopify, and Shopware. Moreover, businesses can use crypto invoices and a virtual Point-of-Sale terminal.

There is also an option of deploying KISHU donation widgets, buttons, and links.

Here are the steps you need to complete to start accepting the Kishu Inu coin:

Kishu Inu is the cutest crypto project out there. NOWPayments helps companies and individuals to accept KISHU payments.