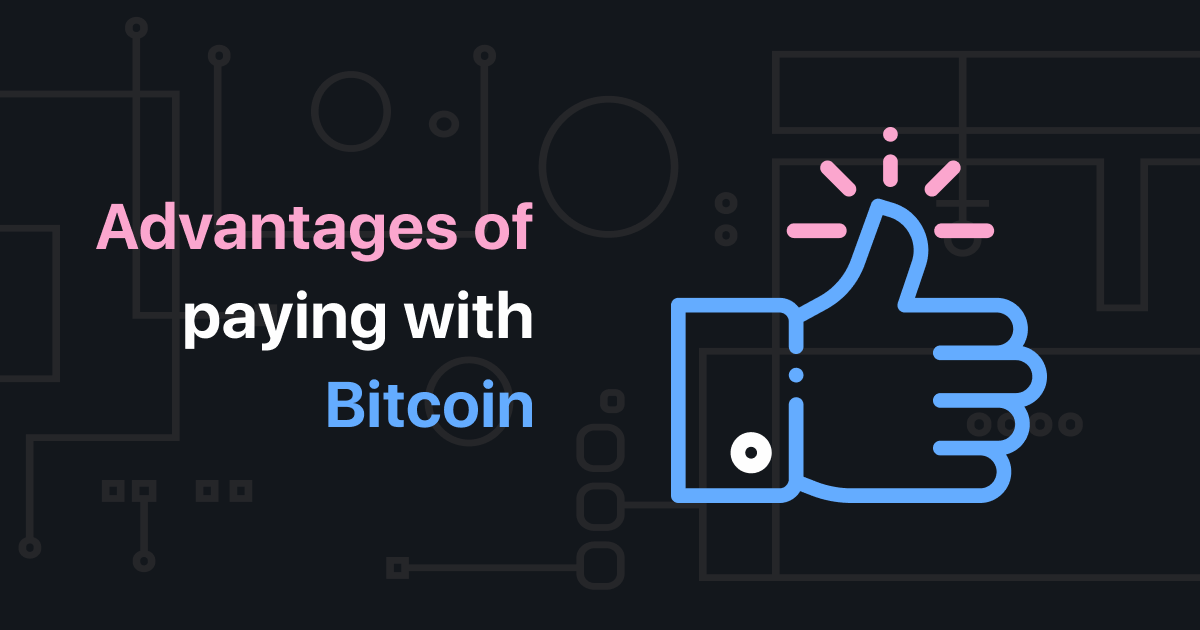 There is no other crypto like Bitcoin (BTC). The name of this digital asset has truly become synonymous with the word cryptocurrency. As of April 2021, Bitcoin has the largest market capitalization in the industry of one trillion dollars which is comparable to that of Amazon and Microsoft.

The story of Bitcoin is fascinating. The cryptocurrency appeared almost out of the blue. Perhaps, the most mysterious person of the century, Satoshi Nakamoto created BTC, and it instantly amassed a substantial following. A decade later it transformed into thousands of investors. Yet, despite skyrocketing in price, Bitcoin has remained an efficient means of transferring money online. It possesses numerous advantages over traditional fiat money: Bitcoin vs fiat money.

Bitcoin emerged in 2008, and its launch indicated a new era for online payments. Previously, virtual currencies were not able to solve the problem of double-spending. In other words, people did not know how to prevent scammers from copying their digital currency and using it more than once. Satoshi Nakamoto solved this problem by introducing blockchain, a mechanism that records every transaction and keeps it stored in a ledger distributed across the network. On the Bitcoin blockchain, a user can attempt to spend their crypto twice. However after their first transaction gets registered, the system will reject the second one.

The idea of blockchain is excellent. To maintain it, one also needs to design a special structure. It would ensure the network’s security and smooth operation. Enter the Proof-of-Work protocol. This technology supports the blockchain by verifying all of the transactions that take place on it. Miners use a lot of computational power to solve different challenges. The first one to find a solution gets a chance to confirm the new transactions. Then they receive a reward for their efforts. Additionally, these rewards constitute the newly generated currency which contributes to the further growth of Bitcoin’s supply.

Advantages of Paying with Bitcoin

Bitcoin blockchain does not have any third party responsible for approving transactions. Once a user sends their crypto to another person on the network, they can be sure that the funds will arrive without getting stuck in the middle.

In the traditional setting, banks may interfere with their clients’ transactions. They can prevent money from reaching the recipient. Blockchain eliminates the banking factor. It lets users transfer their funds directly among one another. So crypto investors never have to worry about their account being frozen by a bank manager over suspicious activity.

Bitcoin blockchain does not have any geographic limitations since it is available everywhere as long as there is an Internet connection. Using Bitcoin as payment is great for companies that often have foreign clients struggling with finding a reliable way to pay for products. There are many kinds of situations when international transfers can get difficult. For instance, a bank may not have the option of sending money to a certain country. Bitcoin helps people avoid such unnecessary complications and enjoy quick transfers to any place on the planet.

Another advantage of using Bitcoin as payment is this currency’s privacy. Blockchain does not require users to register or in any way disclose their identities. Despite the fact that many accuse Bitcoin blockchain of harboring various types of fraudsters and scammers who get a chance to conceal their private information, the crypto’s anonymity actually has better use cases. For instance, companies can avoid revealing sensitive data about their financial situation to competitors by utilizing the Bitcoin blockchain.

Bitcoin’s market capitalization demonstrates the fact that there are tens of millions of people in the world who hold this cryptocurrency. Moreover, there is also a growing number of businesses and organizations that feature Bitcoin as payment and thus boost their inflow of customers by providing crypto investors with a chance to actually exchange their digital currency for a real-life product or service.

Despite cryptos’ widespread popularity, a company announcing that it has decided to accept Bitcoin is still considered a big deal and such events get extensive media coverage. Currently, the demand for enterprises welcoming Bitcoin investors is still much greater than the supply, which makes it a perfect opportunity for those who want to gain a stake in the crypto economy.

Unlike modern cryptocurrencies, Bitcoin generally shows slower transaction speeds since initially it was not meant to be processing thousands of transactions per second. Nevertheless, today, crypto investors do not have to wait for an hour for their Bitcoin to arrive. Lightning Network is a solution that reduces the time of Bitcoin transactions to mere minutes or even seconds.

To better understand how fast Bitcoin transfers are, it is reasonable to compare them to bank transfers which may take hours (and count yourself lucky if you did not send money on holiday). Thus, Bitcoin is a go-to option for those who do not want to wait too long for their funds to reach their recipient.

How to Accept Bitcoin

When paying with BTC, you truly get a chance to participate in the future where everything will be decentralized, and cryptocurrencies will become the main means of exchange. While spending crypto is undeniably fun, receiving it is much more enjoyable, especially in large amounts. Businesses today do not have to incur massive expenses or buy equipment that costs millions of dollars to begin accepting crypto. In fact, one only needs a crypto wallet and a ready-made crypto payment solution from NOWPayments.

Companies can put together a crypto invoice with the help of NOWPayments. This invoice will contain all the necessary information for the client to conduct a Bitcoin transaction. Owners of eCommerce stores on platforms such as WooCommerce, PrestaShop, and WordPress, can install a plugin which will let them accept Bitcoin and more than fifty other cryptocurrencies such as Doge on their website. See what companies accept Dogecoin.

With NOWPayments, bloggers, as well as Twitch streamers, have an opportunity to place a Bitcoin donations widget on their page or website and receive crypto from their audience. Those who are still uncertain about getting Bitcoin do not have to worry about risks associated with this digital asset and can simply request the fiat conversion feature.

Bitcoin is an irreplaceable part of the crypto industry which will continue its growth in the future. Bitcoin single-handedly revolutionized the way people approach virtual currencies, and its massive market capitalization is the manifestation of its utility. There are numerous advantages of Bitcoin payments over standard fiat ones.

Bitcoin is decentralized and is peer-to-peer, which means that its users send their crypto directly to other members of the network and do not have to deal with third parties such as banks. Its transfers are borderless and fast, and it has a large community of enthusiasts. Today, one can pay with Bitcoin for thousands of products and services online.