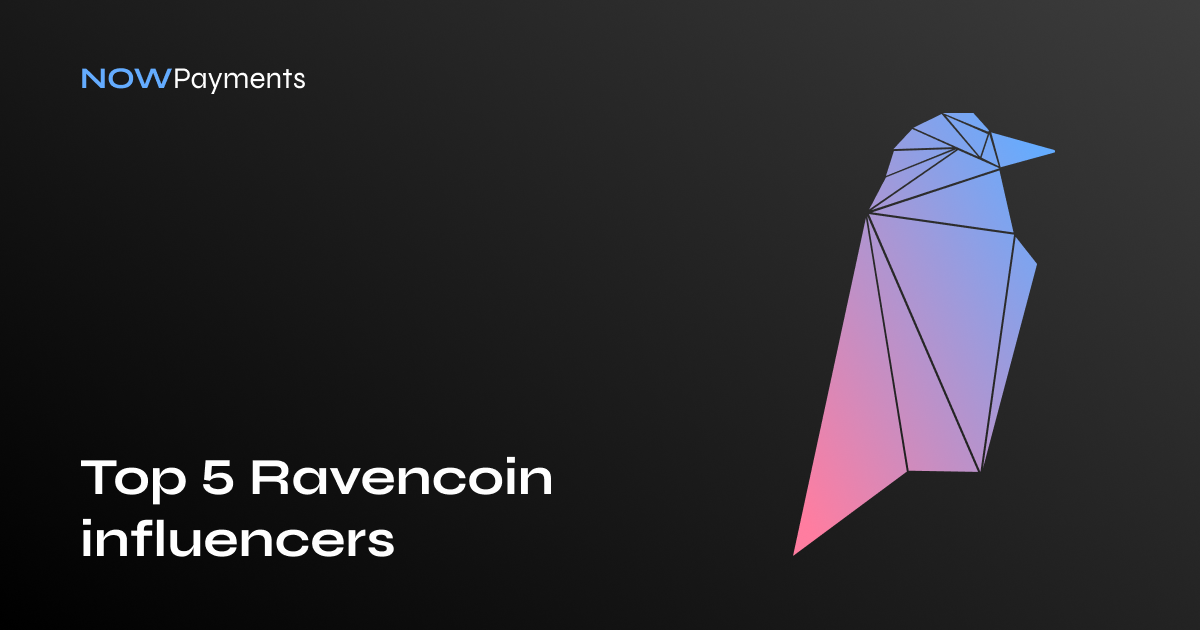 The crypto market is full of blockchains that position themselves as having unique value propositions for users. At the same time, there are really few networks that actually deliver on their promises, and Ravencoin is one of them. Based on Bitcoin’s code, Ravencoin is an example of a Proof-of-Work blockchain capable of providing infrastructure for issuing NFTs available virtually to everyone due to low fees and fast transactions. It is not surprising that people who write about Ravencoin on social media have amassed thousands of followers. Here is our list of the top 5 biggest Ravencoin influencers online.

Following Tron Black on Twitter is a must for every Ravencoiner out there since he is one of the founders and currently the lead developer for the blockchain. Tron uses his Twitter to publish news about the network and make reposts of other people’s tweets about blockchain technology and RVN. Tron also writes excellent articles on Medium, for instance, you can check his take on NFTs and why people are crazy about them.

AaronDayAtlas is a Ravencoin enthusiast with one of the largest audiences in the community. There are more than 45k people on Twitter who follow Aaron. He is a committed long-term investor in Ravencoin, so you are guaranteed not to see any dubious pieces of advice on crypto shorting from Aaron if you subscribe to his account. Aaron believes that Ravencoin is Bitcoin 3.0, which is hard to disagree with considering that Ravencoin is built on Bitcoin’s source code.

Joshua is a member of the Blockchain Tiger, a global asset tokenization project. Joshua is also a great supporter of Ravencoin, and he is truly involved in different Ravencoin tokenization initiatives. In his Twitter account, Joshua shares his perspectives on the future of blockchain and RVN. For example, Joshua openly states that Ravencoin will replace Ethereum as the top 2 asset in the coming years. If you are as excited about RVN’s future as Joshua, then do not forget to give him a follow on Twitter.

Jeroz is another inspiring influencer of the Ravencoin community. Jeroz does much for the promotion of the blockchain and the RVN token. For instance, one of his most popular tweets containing a message to Coinbase to list RVN on their platform gained more than 500 likes. Jeroz is also actively mining RVN, and he knows first-hand how it is done. In this tweet, using a simple example, he explains the superiority of Ravencoin over Ethereum in terms of mining. Jeroz always has valuable information and perspectives to share with his audience, so do not hesitate and follow him right away.

Project Raven is the biggest source on the topic of Ravencoin that you can find on Twitter. Basically, all the latest news, projects, campaigns, and initiatives are covered by this account extensively and in-depth. Project Raven’s tweets are important to read for everyone who does not yet have a good grasp of Ravencoin’s technology. For instance, here, Project Raven explains why Ravencoin is not a security. Project Raven also often points out the obvious such as the fact that issuing a digital asset on Ravencoin costs less than transferring one on certain networks (well, we all know what they mean, don’t we?).

Ravencoin enjoys an amazing community of people who are always willing to support their favorite coin. There are also, as evident from this article, wonderful RVN influencers on social media. If you want to promote the mass adoption of RVN, you can start accepting Ravencoin as payment or donation with NOWPayments.