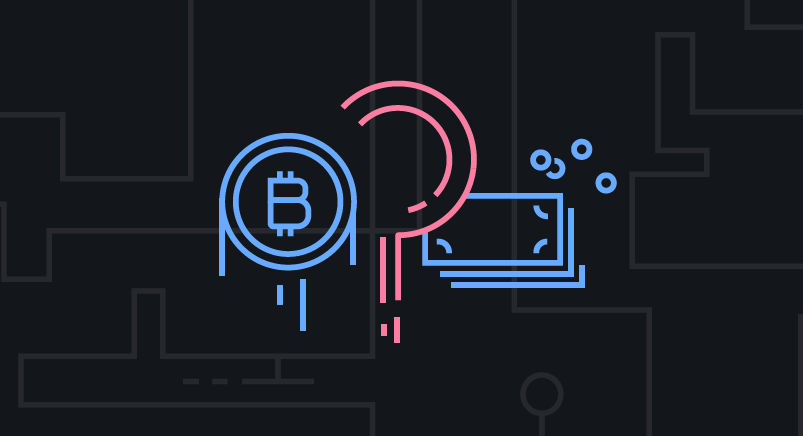 Of course, cryptocurrency and Bitcoin, in particular, are entering our lives. The main factor that contributes to this is that cryptocurrencies create a trusted environment. You do not need a middleman or a third party. No one directly debits or credits your account. The meaning of crypto-economics lies in the fact that the value that you possess, is only for you and no one else.

People appear to trust less to the banks. They are no longer intermediaries who subtly control your funds and give you advice on what to do with your money. As time goes, for many crypto holders they become mere advisors. For these services, they can receive their fees. But in the crypto paradigm, the trasactions are free and fast.

What is a cryptocurrency?

Cryptocurrency is a digital currency created and transmitted using cryptographic methods, mainly based on the blockchain technology. Coins are produced in electronic form by conducting mathematical calculations. In simple terms, a cryptocurrency is a payment system. It is equivalent to real or fiat money and has an official rate.

Unlike other electronic payment systems, like Visa or PayPal, cryptocurrency initially appears without real money. To become the owner of a certain amount of coins, it is quite enough to connect to the service of their creation, become a member of a mining network and wait for your earnings. This is the key difference between cryptocurrency and real money. Fiat money is issued strictly by the decision of the Government and Financial regulation services.

How does cryptocurrency work?

So, what is cryptocurrency and how is it produced without physical form? Since crypto and Bitcoins, like other types of digital currency, do not have a single centre, they are created accordingly. that means they are created by the entire user community. These people are called miners. They get virtual coins after they perform some calculations using the computing power of their devices.

The advantages of cryptocurrencies and Bitcoin

Cryptocurrency is called digital money as it is encrypted and protected using special algorithms. The main difference from the fiat is complete decentralization, independence from any financial and state system, and banking structures. It is achieved with blockchain technology. It allows users to consistently cryptograph their operations. Today there are hundreds of different cryptocurrencies in the world. The main one is still Bitcoin. What are its advantages over traditional currencies? What the advantages of cryptocurrencies and why should you use Bitcoin?

First of all, all the transaction data is stored simultaneously on multiple user computers connected via the Internet. Simply put, a cryptocurrency does not have a single centre or control system. It is controlled simultaneously by many interconnected devices.

Then, most of the crypto is open source. Usually, coins are built on the basis of open source code. This means that developers can create application interfaces without paying a fee, and everyone can join and use the network.

Cryptocurrency owners keep their digital coins in encrypted digital wallets. The identifier of the owner of the coins is encrypted in the address. The owner of the wallet fully controls it. Usually, the wallet is in no way connected with the owner’s identity. However, be mindful that the relationship between you and your coins is pseudonymous, not anonymous! It is so since registries are open to the general public. This allows registers to collect information about groups of people on the network. There are some security coins, however, that are truly anonymous.

Today, many central banks are closely monitoring the development of Bitcoin and other cryprocurrencies. Some of them even proposed to issue a digital version of their national currency. For example, the central banks of Canada and Ecuador are among the first to explore such opportunities. This happens due to the fact that Bitcoin and crypto show the flaws in current systems. It is a nice thing that some governments want to perfect their financial systems.

In recent years, the influence of Bitcoin has led to changes in various industries. Mainy online companies began to accept crypro as payment. It opened the possibility for smaller businesses to establish themselves on the market. The impact of Bitcoin and the impact of cryptocurrency are immense in today’s world.

However, crypto brings a lot of political controversies. This is because no government can fully control it. It is sheer value for the people and no state can expropriate it. The cryptography that underlies the cryptocurrency just does not allow it.

The future of cryptocurrency

What is the future of cryptocurrency, many people ask. In the economy of the future, the main goal is to get rid of intermediaries. They will not be needed. If we believe in this then the whole concept of economy and the whole world vision of it should change. Most of the legal entities that surround us become unnecessary. A large number of functions of the state, the financial system, the intermediary system also passes away. However, this is an extremely idealistic approach.

This is all different, unusual, maybe uncomfortable to many people even. Therefore, the transition to a new crypto economy can happen no earlier than in one or two generations. that means no earlier than in 40 years. Even if technologically the world is ready to this utopian society, people will not create it in a while. There are anti-trends that always work against every trend. The older generations, the governments do not want to change or sacrifice immediate comfort.

Today, the same technological revolution is taking place, as it was 100 years ago. The only difference is that now not human physical strength increases many times with the help of machines, but human mental abilities increase many times due to the same old machines.

The future of Bitcoin

The blockchain technology and Bitcoin, in particular, will make a significant contribution to the world economy. The volume of the impact is yet to be assessed. In the past, it was crypto enthusiasts and traders who determined the dynamics of the cryptocurrency market. Today, big companies have joined the market. With their presence, the future of cryptocurrency and the future of Bitcoin are much more difficult to access.

Nevertheless, it is important to remember that Bitcoin still faces many problems that have yet to be solved. Among other things, there is high power consumption, relatively low transaction speed, risks of hacks and cyber attacks. So, is cryptocurrency the future of the economy? Most likely, yes. However, that future still needs a lot of work to become serene.

The market of cryptocurrency and Bitcoin, in particular, is changing almost by the minute. It is important to keep up with all the latest crypto-news to really maximize your profit. There are many websites that will help you with that, and one of them is Cryptalker. It is a great place to get all useful information about buying bitcoins and investing cryptocurrency.”