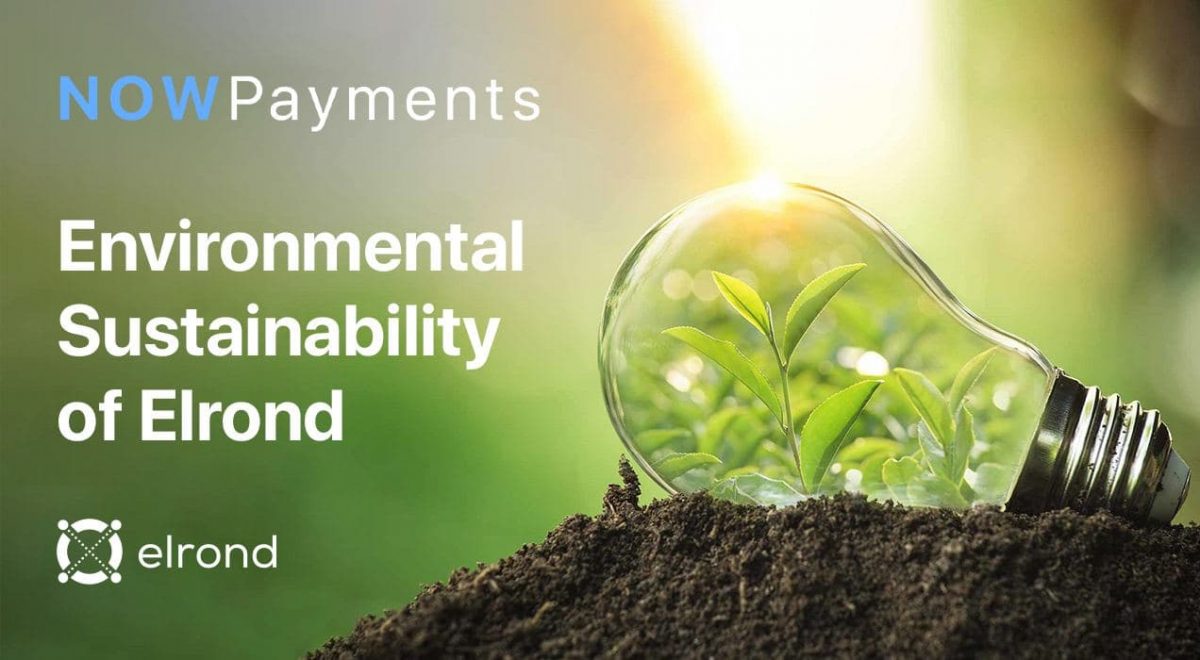 The impact of technology of any kind – ranging from energy production to transport and commerce – has on the environment is a global issue. The energy efficiency increase brought by digitization has been having a positive effect that alleviates some climate concerns. Technology such as blockchain is set to drive efficiency even further.

There are different flavors of blockchain technology, some more energy efficient than others. With Bitcoin notoriously using up more electricity than the entire country of Argentina, it is perhaps the right time to explore more sustainable alternatives.

Elrond is a blockchain which was launched in 2018 and, in three years, has accrued a large number of investors. Apart from possessing incredible scalability capacity, Elrond has one of the most environment-friendly networks in the industry.

Elrond’s blockchain is supported by a Proof-of-Stake protocol which allows it to consume much less electricity to power the ecosystem compared to the currencies that employ the Proof-of-Work protocol. The latter implies utilizing mining which requires massive levels of computational power to process transactions and maintain the security of each network.

To keep up with the rising difficulty of staying competitive on Proof-of-Work platforms, miners are constantly searching for hardware that can deliver better performance than the rest of the solutions on the market. Yet, every new mining equipment tends to entail a rather disproportionate negative impact on the environment due to needing more electricity to function properly. As a result, Proof-of-Work protocols partially lead to a race among miners to generate as many electricity inefficiencies as possible.

Elrond’s Secure Proof of Stake eradicates the need for mining and provides an alternative way to ensure the stability of its blockchain. Unlike in the case of the Proof-of-Work protocol, members of the Elrond network do not engage in mining to receive new coins. Instead, they use tokens which are already in supply to generate even more.

All transactions on the Elrond blockchain get registered with the help of validators, users that stake their eGold to ensure smooth operation of the network and receive rewards in return. According to some estimates, because of the implementation of its ingenious Proof-of-Stake model, Elrond is 6,24 million times more efficient than Bitcoin in terms of energy consumption. This makes eGold a currency which is absolutely green and environment-friendly.

Still, the question remains: how can Elrond ensure scalability without relying on excessive amounts of computational power and consuming terawatts of electricity?

Elrond’s scalability is made possible thanks to Sharding, a technological solution which divides a blockchain network into several parts called shards. Elrond espouses Adaptive State Sharding which lets it adjust the network and maintain fast processing of transactions depending on the current requirements. Together, Sharding and the Secure Proof-of-Stake protocol allowed Elrond to achieve the target of 15,000 transactions per second which is mind-blowing compared to Bitcoin, which can process only seven.

Furthermore, processing a transaction on the Elrond network, when operating at maximum capacity, only requires 88 mili-Wh, which is 6,24 MILLION times more efficient than Bitcoin’s 550kWh per transaction.

Elrond is a relatively new blockchain that, nevertheless, has made impressive progress and has its own niche in the crypto industry. One of the key features of the Elrond network is its environmental sustainability which is ensured through its Secure Proof-of-Stake protocol. Essentially, Elrond network can deliver amazing scalability while consuming a minuscule amount of electricity compared to blockchains such as Bitcoin.

We at NOWPayments care about sustainability and believe that crypto can be very environmentally friendly.  We recommend our environmentally-conscious partners to use “green” cryptocurrencies, such as Elrond eGold and various others, whenever possible!

Top 10 cryptocurrencies to accept as payment