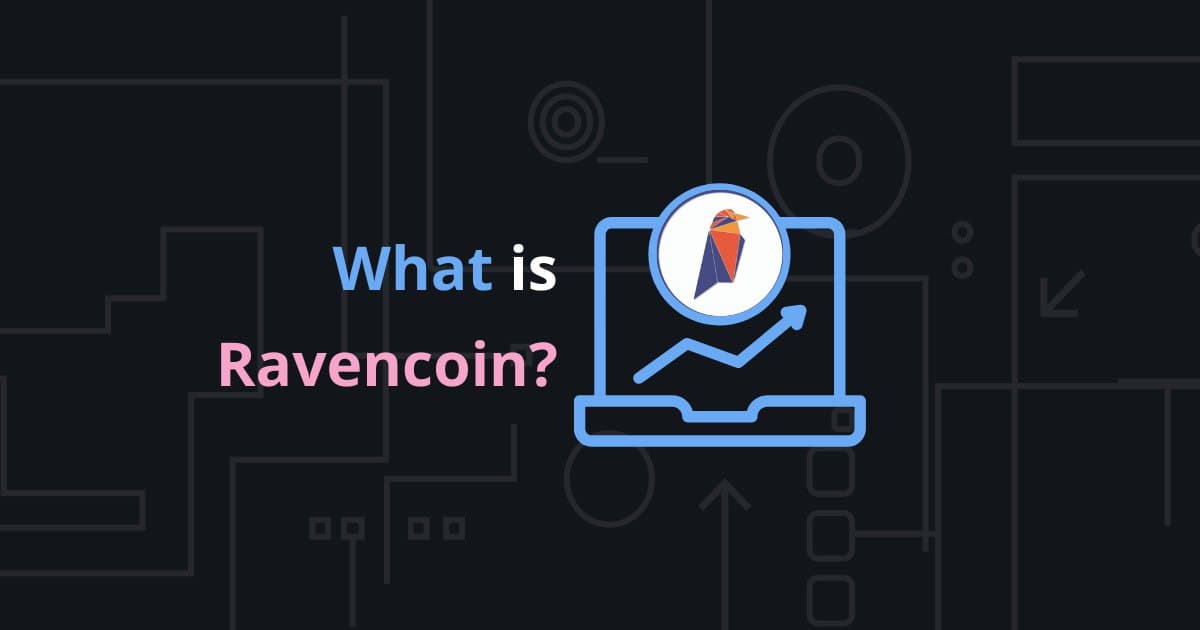 Currently, the number of cryptocurrencies in the market is absolutely outstanding. Coinmarketcap’s list features more than four thousand unique cryptos which have different prices and supply.

Today, the success of every coin in such a competitive environment depends on its ability to deliver advantages beyond financial value for the investors.

Ravencoin (RVN) is a cryptocurrency which was created to address one particular area, namely, digital assets, and which has gained a lot of traction over the past years thanks to its community of developers and enthusiasts.

Carrying the statements of truth, Ravencoin works great for payments and donations.

Ravencoin was launched by businessman Bruce Fenton and developer Tron Black, them being co-writers of the Ravencoin white paper. Bruce Fenton hosts the Satoshi Roundtable, an event for decision-makers in the blockchain industry. Tron Black is the lead developer of the project, an entrepreneur and founder of two startups. Both of them went on to become publicly traded companies. He was also one of the first 4 employees of t0 (tzero). Check out Tron Black’s Medium in order to learn more about Ravencoin.

The story of the Ravencoin protocol started in 2018 when it was launched as an open-source fork of the Bitcoin code, which allowed it to add new features to the existing Bitcoin foundation. The creators of this cryptocurrency developed it as a solution for digital peer-to-peer transfers of assets. Their motivation was a desire to introduce a system that would be secure, censorship-resistant, and would grant users more control and opportunities to utilize it in ways that would be most suitable for their needs.

Despite having a large team of professional crypto developers behind it, none of them received any special allocations of Ravencoins. Moreover, the crypto also did not have an ICO, as well as opted against pre-mine and masternodes in order to both avoid any excessive scrutiny from the regulators and ensure fair distribution. This helped Ravencoin attract mining enthusiasts from various parts of the world and establish a solid decentralized network.

As it was already mentioned, Ravencoin’s primary purpose is serving as a system that lets people create tokens which are tied to real assets and transfer them among one another. Each token receives a distinctive individual name which cannot be repeated. The creators of these tokens have the ability to make them represent any object in the real world, for example, pieces of art, gold, a gift card, contracts, and even securities and stocks. The possibilities are limited only by the users’ imagination.

Moreover, creating token costs 500 RVN, that are erased forever which increases the price of the rest of Ravencoins. Each time a new token is created, the issuer will get a master token which will allow them to communicate to the holders of this token and distribute RVNs as dividends among them. There is also a voting system built in the protocol which lets token holders vote or delegate their votes to other users by transferring their RVNs.

One of the ways to run Ravencoin nodes is via Ravennodes as said in this tweet by @Ravencoin.

As Ravencoin is a Peer-to-Peer network, it connects to full nodes that can be run by anyone anywhere globally. The nodes communicate with other nodes transferring the information and approving the transaction.

This is what keeps the network decentralized and true to the core principles.

There are already several examples of successful adoption of the Ravencoin asset technology by businesses around the globe. For instance, recently, Tinaga Beach Resort in the Philippines launched its own TIRC token, which grants its holders equity in the asset. The issuer hopes to raise $12 million to build the resort and provide the token holders with an income from the sale of luxury villas and a hotel’s revenues.

DKH Gallery in Australia also introduced its DKH Token built on the Ravencoin blockchain. Its holders have a chance to vote for artists whom they want to see in the upcoming exhibitions.

The cost of creating assets may be modified in the future based on the price of RVN. “As the security (mining hash power) goes up, the price of RVN will go up”, Tron Black writes exploring Asset Issuance Cost and the benefits of burning RVN, like increasing the value of existing RVN, limiting the number of assets that can be created.

How is Ravencoin different from Bitcoin and Ethereum?

Since Ravencoin is built on a fork of Bitcoin code, it retained certain features of this cryptocurrency, yet the main idea for it was to design a blockchain that would be oriented specifically towards transferring tokens. Additionally, Ravencoin has a larger block reward, 5,000 RVN instead of 50 BTC; a faster block time, 1 vs. 10 minutes; and a total coin supply of 21 billion RVN instead of 21 million BTC.

Despite the fact that Bitcoin and Ethereum both have a capacity to transfers assets, they are not optimized for this activity. For instance, Bitcoin does not recognize embedded assets which can lead to their destruction if they are sent to an exchange. Additionally, these assets have to be embedded in Bitcoin itself, which entails considerable costs when transferring it. Ethereum also supports asset transfers, yet its tokens can have the same name, which makes it impossible to ensure their unique status.

Users can store Ravencoin in the project’s own wallet which is available for PCs, as well as for iOS and Android devices. The coin is also compatible with various third-party services such as Atomic, Exodus, and Edge wallets. The primary advantage of using Ravencoin’s native wallet is the feature which allows users to create their own tokens. The procedure is simple and cheap. Everyone who has 500 RVN can spend it to issue a token with a unique name and a quantity of up to 21 billion units.

How to Get Ravencoin?

From the very beginning of Ravencoin, its developers were committed to making it as decentralized as possible, which included providing miners with protection from ASICs and keeping them away from the blockchain. To ensure fair distribution of the currency, Ravencoin’s initial algorithm X16R was marketed as a solution for resisting ASICs. Yet, it lasted only a year and was eventually replaced by X16Rv2, which, nevertheless, also was a temporary fix because of the increasing presence of FPGA on the network.

In 2020, Ravencoin switched to a new algorithm, KAWPOW, which is promised to be the final and most advanced tool for preventing ASIC and FPGA mining. The most effective way to mine Ravencoin today is by doing it in pools and using NVIDIA or AMD GPUs. Previously, there was a chance that a user’s CPU could solve a block, but due to the growing power of pools, this option is no longer viable.

Apart from mining Ravencoin, investors also can buy it on different platforms. The official website of Ravencoin lists the various non-custodial exchanges like ChangeNOW. Additionally, there are custodial ones such as Binance, Bittrex, and Paribu.

Ravencoin As a Payment Option

It is worth noting that despite the fact that Ravencoin’s essential purpose is the creation of tokens, it can be successfully used for conventional transactions. Since the currency’s supply is limited and coins are consistently getting burnt, the price of Ravencoin is projected to grow even further, with RVN community hoping it will reach $1 and get listed on Coinbase. There is also a speculation that due to the halving expected to take place this year, as well as the expected huge influx of mining from the soon to become POS Ethereum network miners, people hope the price might reach $0.50.

This makes it a reliable payment option for businesses which accept cryptocurrencies. NOWPayments provides services which facilitate the process of crypto payments and supports Ravencoin.

Ravencoin has managed to accrue a community of developers and enthusiasts due to its special feature of allowing the users to issue their own tokens. Recently, the coin’s value has increased substantially and even reached $0.28 at some point, which shows that it has a lot of potential. Thus, there is no reason to doubt that Ravencoin will continue progressing in the future.