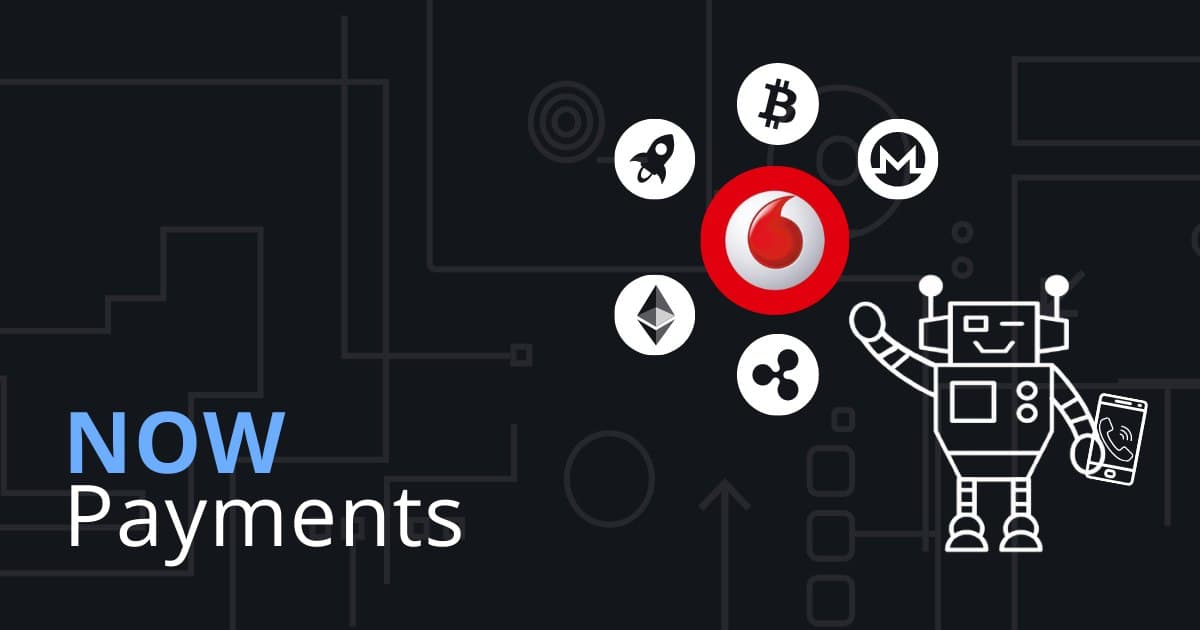 As someone enthusiastic about cryptocurrency, you should know about both these things. If you have some cryptocurrency investments and use Vodafone’s telecommunication services, learning about the potential payment options will make your life easier. Similarly, if you are interested in following Vodafone as a business entity in the crypto world, you should look at the second aspect.

In this article, we have covered both. We will tell you everything you should know about the most important connections between cryptocurrencies and Vodafone. Before we begin, we should have an intro to Vodafone as a bigger-than-it-seems company.

Depending on the country you live in, Vodafone may mean different things to you. Still, for the most part, it has to do with telecommunications services. Telecommunications and IT services provided by Vodafone are now available in more than 22 countries. The company has also established partner networks in a few dozen countries on top of these. The company has many subsidiaries, including Vodafone UK, Vodafone Australia, Vodafone Japan, UPC Romania, Vodafone Iceland, and Vodacom Group.

In addition to telecommunication services, Vodafone and its subsidiaries have worked with some associated industries. For instance, in many countries, Vodafone had launched mobile money-transfer services, which were easy to use. You could also spot health services and some charity-oriented activities from some of the Vodafone subsidiaries. Vodafone Group was recently involved in the Libra Association, a global digital currency initiative from Facebook.

Now that you know enough about Vodafone and its market activities, we will see how these are connected to the cryptocurrency realm.

If you live in the 22 countries where Vodafone has established its presence, you have a chance at using crypto payment methods to get Vodafone services with ease. For instance, if you use the mobile, TV, or broadband services from the Vodafone UK subsidiary, you can refill your phone using a cryptocurrency token. It will be a great way to spend your Bitcoin, Litecoin, or Ethereum in one of the best ways possible.

Shall we see how this works?

Unfortunately, Vodafone does not accept Bitcoin or other cryptocurrency tokens as a valid form of payment. Therefore, you cannot simply go to the Vodafone website and complete the payment via Bitcoin or Litecoin.

2. How to Make Vodafone Payment via Cryptocurrency?

Instead, we have to follow a slightly different route. In this case, we will be using a service called Bitrefill.

Bitrefill is a place that sells you electronic gift cards and accepts cryptocurrency payments. Cellular and other services from Vodafone are on the list of services that are supported by Bitrefill. It means you can easily buy Vodafone services gift cards from this website. The best part is that Bitrefill has optimized its services for the different markets out there. Because of this, users of Vodafone UK and Vodafone USA can have a similarly excellent experience.

As of now, Bitrefill accepts payment in Bitcoin, Ethereum, Dash, Litecoin, and Dogecoin.

3. Things to Note while Buying Vodafone PIN/Gift Card via Bitrefill

Once you have bought the Vodafone PIN or gift card, the following steps are easy as a piece of cake. The gift card will be delivered to your email instantly, and you can access it without any hassle. Once you have it at your disposal, you can go to Vodafone’s official website and redeem the card. If we are talking about a PIN, you can save it through your prepaid channel as well.

In both cases, you will have the amount credited to your account in just a few seconds. There is also a way to purchase these gift cards as a present to someone else. Instead of using the cards, you can simply forward the confidential PIN to your friend, family, or acquaintance. They will be able to redeem the PIN and use the services from Vodafone.

4. In Which Countries Can I Pay for Vodafone with Cryptocurrencies?

As we said, Vodafone services are available in many countries. Therefore, you must check the details before you make the final purchase. Bitrefill will tell you where the gift card or PIN would work when you open the main page itself. Depending on the country of residence, you can choose a convenient form of payment as well. The commission rates may vary according to this selection, though.

If you don’t want the hassle of gift cards, you can check out the ‘Refill Phone’ option on Bitrefill. It works for prepaid mobile customers, and they can recharge their phone/data packs by entering the number directly and paying the corresponding amount through a valid cryptocurrency.

The restriction? Vodafone may have set a limit to the amount of money you can pay via cryptocurrency!

Vodafone had shown interest in blockchain-based applications from the very beginning. You could find many explainer articles on the official handles of Vodafone Group. However, the official move happened when the social networking giant, Facebook, announced its plan to launch a digital currency called Libra. This currency, which has now been renamed Diem, was backed by some of the leading companies in the industry at that time. And the Vodafone Group was one of the big shots on the list.

However, soon enough, the project Libra was subjected to many criticisms from governmental and nonprofit sectors. Regulatory bodies in the European Union and the United States had asked the involved companies to address the Libra project’s viability.

Following these regulation conundrums, Vodafone decided to leave project Libra. As of now, Vodafone isn’t part of any cryptocurrency platform as we know it. However, when the group left project Libra, it had added that it would work on creating a genuine contribution to “extending financial inclusion.” However, judging by how things have gone down for Vodafone, it’s improbable that the new intervention would be a crypto-based payment system.

Instead, sources suggest that Vodafone would be focusing on M-Pesa, a payment system that Vodafone had introduced in many countries, including Kenya. While this app doesn’t have anything to do with blockchain or cryptocurrency, we don’t know whether Vodafone has plans to extend the capabilities of M-Pesa and make it a global solution for effortless payments.

As things stand, Vodafone isn’t officially involved in any cryptocurrency-based project. Considering that the official service websites don’t accept Bitcoin or other tokens as a valid form of payment, we can’t expect any sudden change, either. At the same time, as a user, you can use services like Bitrefill to make crypto payments to Vodafone.

While the Vodafone Libra collaboration has officially been killed, we have to wait until an official word from Vodafone to see if the group has joined any rival brands. It is worth noting that Vodafone has kept promoting blockchain-based developments through its official handles. In one of the posts, Vodafone was also quoted saying that regardless of the opinions regarding its nature, blockchain is the future.

This statement itself proves that Vodafone may soon start implementing blockchain-based technology in its services. Supporting Bitcoin as a viable payment method could be one of the first steps in that journey. Till then, we need mediators to use cryptocurrencies with Vodafone.