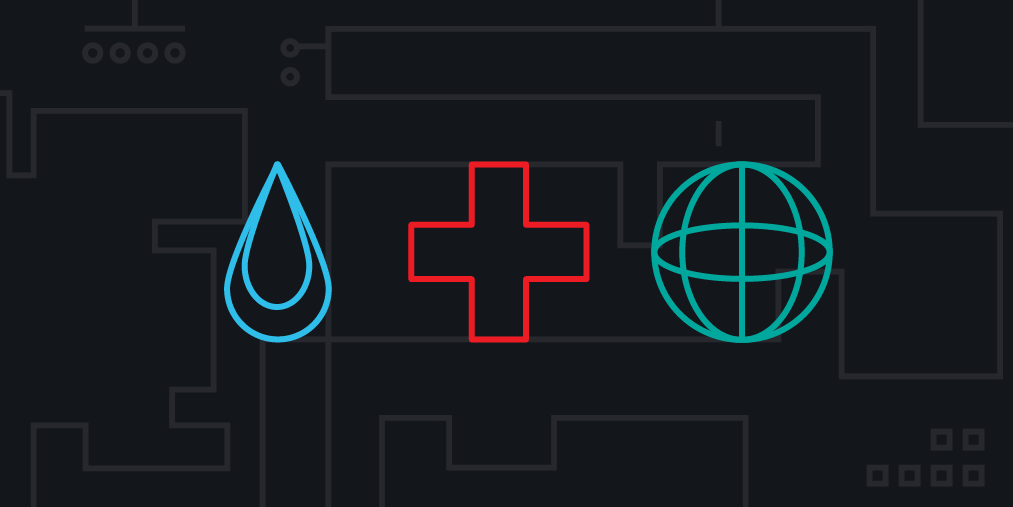 In our capitalist world, most of us people live by the saying ‘Money makes the world go round’. It’s true in most cases, as money does make sure that you can purchase the products or services that you want. It can make you happy in the sense that it provides you with the freedom of doing whatever you want, but it can never replace the happiness non-material stuff brings you. There are some people that have generated so much wealth over the years they now dedicate their lives to spending their money, instead of generating more.

That’s where charity comes in. We as human beings have a sense of caring for each other and feel the need to look out for one another. Whether that’s your own family, your friends or a person on the other side of the world, everyone wants to do good in some way. In the western world, most countries are developed enough that the basic needs are covered for the majority of the population. This coverage is a different story in many countries in other regions of the world. In order to balance this, western countries have started companies that have no goal to make a profit.

All they do is use their capabilities to help people in need. The irony however is, there are many people profiting from these non-profit organizations. There’s a ton of people that became rich from working with charities and many companies grew substantially over the backs of those in need. Another reason Blockchain technology is calling for its entrance in yet another industry. We’ll zoom in on the benefits of accepting cryptocurrency as an option for donations later in the article, first and foremost; A top 5 charities that are currently accepting cryptocurrency as means of donation.

One company that’s currently accepting donations in the form of a variety of cryptocurrencies is the Water Project. It’s providing clean water to people in the Sub-Saharan region in Africa. The prices vary of course due to the volatility of Bitcoin, but a couple of months ago these statistics were shared;

These are real simple and plain examples of what you could be doing whenever you find yourself in the position of holding more cryptocurrency than you’d be needing yourself. The project accepts Bitcoin, Bitcoin Cash, Ethereum and Litecoin. One aspect of the technology that has been embraced by the project is the transparency part. With their application, they provide donators the access to the entire journey their funds take from their wallet to actual implementation.

One of the biggest and most active non-profit organizations the world has ever known is the Red Cross. Anywhere in the world, there’s an excessive need for medical assistance, the Red Cross team takes the road and gets down to work. Their services reach from providing blood to those in need, emergency assistance after disasters and training of local caretakers to be able to handle situations as first responders. Now, the promotion of cryptocurrency is not done by these organisations but with a little search, you’ll get to the page where you’re able to donate using cryptocurrency. They accept Bitcoin, Bitcoin Cash and Ethereum.

Another huge organisation, Save The Children has realized the benefits of accepting cryptocurrency. As the name of the organization suggests, they are focused on children. Especially, the health and education of children in need of extra assistance. They have projects all across the globe varying from the US, Africa, Asia to the Greater Middle East and Latin America. Wherever there are children in a tough situation, that do not get the chance to experience a proper childhood, Save The Children comes in. Similar to the Red Cross, Save the Children does not actively promote the donation by means of cryptocurrency. Here you have to go the extra mile, but a simple little google search does the trick and gets you to the donation page. You can donate using Bitcoin, Bitcoin Cash and Ethereum.

This organization, the United Nations Children’s organization is stepping it up a notch. Whereas other non-profit organizations are simply accepting cryptocurrency as a form of donations, Unicef has created a so-called ‘Cryptocurrency fund’. This means that UNICEF is now able to receive, hold and disburse donations in the form of cryptocurrency. They have chosen to work with only Ethereum and Bitcoin as the chosen currencies. The funds generated with the help of cryptocurrencies are used to fund their open source technology created to benefit children and young people around the world.

Are you excited about sharing some of your wealth with those in need but can’t really make up your mind on which non-profit organization you should choose? Fidelity Charitable has found a solution to this problem. They have created a solution that makes sure that donations in cryptocurrency are done in the most efficient way. There are three steps;

The key aspect of Fidelity Charitable, plus what they use to attract people of using their service is the tax benefits. Whenever you cash out, in The United States at least, your cryptocurrency gains, you should pay a percentage of the total amount in taxes. These are funds that could be used in order to support causes around the world. Whenever you donate using cryptocurrency, you simply transfer your money from one account to the other, not having to deal with any taxes. This has led Fidelity Charitable to grant more than 5.7 billion US Dollars in 2019 alone to charity.

One key takeaway from this article is the ease and importance of accepting cryptocurrency as a donation option. We, NOWPayments, have created a really simple way of accepting cryptocurrency within your payment options. We provide payment plans for online stores, but we have created a donation button to support causes like the above. We do not like charging any extra fees for these services, so we promise that as much of the donated funds end up at the charity you’d like to support. Do you find yourself working for a charitable organization, are you supporting a non-profit for years and would you like to see them accepting cryptocurrency? Reach out to us and see how we could help these organizations.