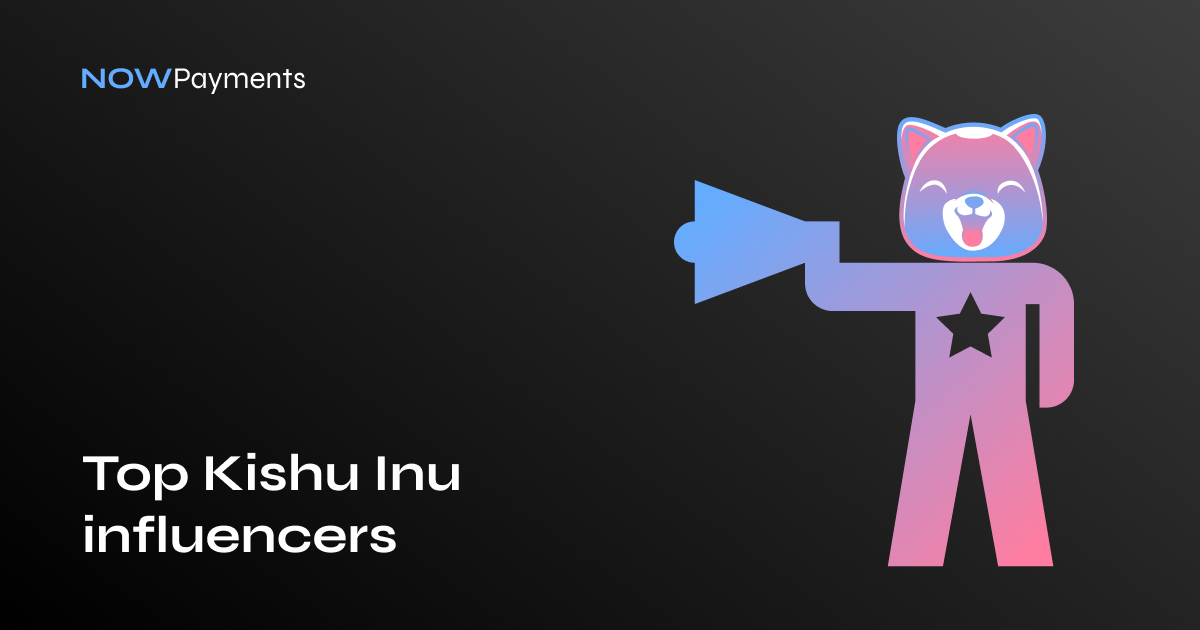 If you closely monitor the market of the alt cryptos, you probably have heard about Kishu Inu. In fact, it is a high chance that you even invested in it, considering the amazing growth of the project. A major part of KISHU’s success is the work of its community and, particularly, influencers. Kishu Inu influencers help KISHU enthusiasts to keep up with all the news about the project and stay connected. Check out our list of the biggest Kishu Inu influencers.

KISHU is a native token of Kishu Inu, a decentralized and community-driven project. KISHU is an ERC20 token deployed on the Ethereum blockchain. The max supply of KISHU is 100 quadrillion. The main utility of the token is the decentralized usage rewards mechanism. For every KISHU transaction, a 2% $KISHU reward is granted to holders’ decentralized wallets. Thus, the project incentivizes the active use of the token.

KISHU launched on April 17, 2021, and has grown into a major crypto project over less than a year. Kishu Inu started with only several investors. Yet, within the first month of its launch,

KISHU made history by surpassing a $2 billion market cap and over 100,000 holders. KISHU seeks to bring crypto to the mainstream. This is why KISHU offers rewards, NFTs, decentralized exchanges, and other components of the decentralized economy.

Now that you know the basics of Kishu Inu let’s dive into the list of the most notable KISHU influencers online.

Twitter is the most important social media platform for all influencers, including those that promote KISHU. Of course, as with the majority of cryptocurrencies, the official account of Kishu Inu is also the largest one in the community. As of April 2022, KISHU’s page had more than 400k followers. This shows how popular the project is and how many people wish to stay aware of all the things happening with Kishu. The official Twitter account of the project is the best source of KISHU news. So, if you have been thinking of the account which you need to follow to enter the Kishu world, starting from the official one is a no-brainer.

Kishu Inu.META is an influencer who is well known among members of the Kishu community, especially those who use Twitter. Kishu Inu.META is certainly one of the most talented influencers since he always does great things that generate a lot of buzz around the project. For instance, recently, he started a major campaign to list KISHU on Bitget with his tweet, which already has garnered hundreds of likes. Essentially, META is committed to the advancement of the Kishu project among a larger audience and does it successfully.

Robinhood is not only a popular literary character but also one of the most prominent members of the Kishu community on Twitter. In fact, Robinhood is an admin of the Kishu community. Robinhood puts all of his time and effort into promoting Kishu and making it more popular, enabling more people on Twitter and other social media to join the project. Robinhood has a great deal of cool KISHU-related content on his page. He also covers all the latest developments in the Kishu ecosystem. Basically, Robinhood has an extremely entertaining account that every KISHU investor has to follow.

EviaaDemo is a person who proudly states that he is a KISHU holder in his Twitter bio. If you are an active member of the Kishu community, chances are you probably have seen EviaaDemo or read his tweets. Just like other people on this list, EviaaDemo leads the Kishu army forward, driving hype around the project and letting more people know about it. In addition to making his own tweets, EviaaDemo also accumulates the hottest news from different people on Twitter, bringing only the freshest information about Kishu to his audience.

SharksCoins may not be a Kishu-specific influencer, meaning that not all of his Twitter feed is 100% Kishu-related, but he still does his part in getting the word about Kishu out to a larger audience. SharksCoins considers himself a promoter, and it is impossible to deny that he is really skilled at it. Thanks to SharksCoins, thousands of people learn about new crypto gems such as Kishu every day. SharksCoins truly believes in Kishu, and his Twitter account is perfect for everyone who wants to add a couple of other high-potential coins such as KISHU to their wallet.

Anndy Lian is perhaps the biggest celebrity in the Kishu community. Anndy is the Chairman of BigONE Exchange. He is also a council member and an advisor to Kishu Inu. Thanks to his charisma and expertise, Anndy is a real asset to Kishu that every member of the community is proud of. Anndy’s Twitter account is filled with insights about Kishu and the crypto industry in general. For example, recently, Anndy presented a limited edition Kishuverse NFT to His Highness Sheikh Awadh. So, as you can see, Anndy is a really exciting personality to follow on Twitter.

CryptoGems is another Twitter account that hunts for promising cryptocurrencies and covers them in detail, exposing thousands of people to new amazing crypto projects. KISHU is one of those coins CryptoGems talks about a lot in his tweets. CryptoGems’ Twitter helped many people to discover hidden gem coins on the market. So, if you already own KISHU and want to find similar projects, CryptoGems’ Twitter is where you should go.

KishuBro is one of those Twitter influencers whose influence massively outgrows the number of their followers. KishuBro’s tweets frequently get thousands of likes and hundreds of retweets reaching all nooks and crannies of the crypto community on Twitter. This is why KishuBro deserves much more followers than he currently has. Nevertheless, KishuBro remains one of the most effective and prolific Kishu influencers that every KISHU investor should follow.

Mo is another admin of the Kishu community who is well known among the Kishu investors. As an admin, Mo has access to exclusive content and info that he often shares with his audience. That is why KISHU investors following Mo can be the first ones to learn about the most recent updates of Kishu Inu. For instance, take a look at a rare photo of the Kishu Silver Coin that Mo recently posted on his Twitter. Do not hesitate to add Mo to your following list to get your hands on the most amazing Kishu news.

Kishu Holder is an account whose Twitter name says it all. Kishu Holder is an entire group of Kishu Inu holders who promote their favorite coin on Twitter. The Kishu Holder community actively participates in the advancement of Kishu. One of the latest initiatives of Kishu Holder, which was supported by hundreds of people, was to ask Binance to list Kishu on their platform. Join Kishu Holder to participate in the promotion of Kishu together with them.

Kishu Inu is a project that seeks to bring the elements of the crypto economy into the mainstream. Kishu Inu is supported by dozens of influencers. NOWPayments supports the efforts of Kishu and enables businesses and individuals to accept KISHU payments and donations.