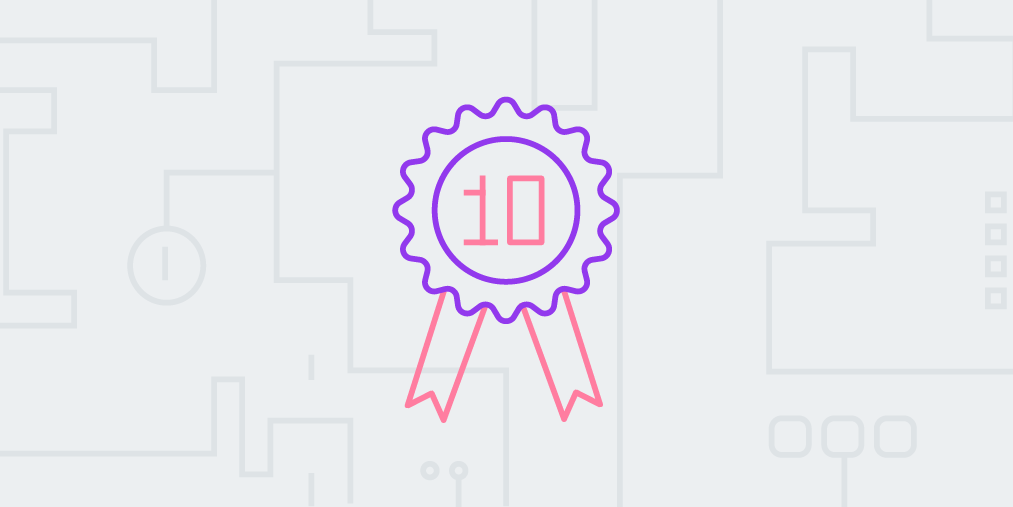 Recently, we wrote an article about the countries where cryptocurrency is most popular among citizens. Now, that’s one thing to look at when observing whether a country is welcoming cryptocurrency. The other aspect is the acceptance of businesses in the cryptocurrency space, how crypto-friendly are these countries. Today, we look at the top 10 countries where it’s the most convenient to start your business as a cryptocurrency business. In terms of taxes, regulations, and acceptance by the government in general. Note, this does not mean that in this country crypto is being used the most, but where you’ll be best off when starting your own business in the crypto industry.

We go back many years to the moment cryptocurrency was not more than just a couple of coins, Bitcoin is the biggest one. At that point, it wasn’t as common to buy Bitcoin anywhere you want. Back then, the now notorious exchange Mt. Gox was created in Japan. The exchange later collapsed and lots of people lost their precious Bitcoin, but back then you could already see Japan being one of the countries where crypto could have a future.

At this point, there are more than 32 exchanges that have been accepted to exist by the government, some even with backing in terms of investment by Japan’s banks. For example, BitFlyer received investment capital from all three of Japan’s largest banks; Mitsubishi UFJ, Sumitomo Mitsui and Mizuho Banking Corporation. This only shows how much trust the entire country has in blockchain technology as a whole. The taxes are pretty convenient and are taxed the same way as any asset you can trade, but the spending of cryptocurrencies do not require any taxes to be paid.

We step down in the size of the country, as Belarus has nearly 10 million people living in this Eastern-European country. One of the main factors why cryptocurrencies are working in this country is the acceptance of the government. They have announced to start embracing blockchain technology in order to attract foreign businesses. In late 2017, the president released a detailed plan describing how this crypto-business would make their way to the country. There’s one catch, most of the benefits that you can enjoy as a crypto business in Belarus only apply when you’re registered as residents in the Hi-Tech Park, a special zone in the capital Minsk.

There’s one topic that’s really convenient for Belarus citizens in combination with crypto; Taxes. There are no taxes until January of 2023 on any practice when it comes to crypto. Meaning, you could be spending crypto, mining, trading, lending or whatever you want to do with it, but you would not have to pay any taxes at all. One problem though, it’s not regarded as legal tender yet, so paying with cryptocurrency can be somewhat of a hassle for individuals.

Georgia is not to be misunderstood for the American State that goes by the same name. Georgia is an Eastern-European country with roughly 4 million people living there. It’s a relatively big country with lots of rural lands. Their capital, Tbilisi, similar to Minsk in Belarus is supposed to be the attracting point for many businesses to start their practices. There is one really big company located in the city, Bitfury Mining Facility. This is the main reason why Georgia has the second-highest Bitcoin Mining hash rate in the world, just after China. This was published in 2017, so things could have changed since then.

The reason why companies love Tbilisi is the fact that there’s a Poti free zone, which means there are different laws and regulations. Taxes are extremely convenient for businesses as there is no VAT, dividend, profit or property tax. Similar to Belarus, blockchain is welcomed with open arms when it comes to businesses, but the payment of crypto is not fully regulated yet.

With just 1.3 million people, Estonia is a pretty small country. Now, there are lots of talented people that live in the country and the country is known for being technologically advanced on another level. A company that most of us will know, Skype, was created in Estonia. The country is rated number four in terms of economic freedom in Europe and the ease of doing business is ranked number twelve in the entire world.

The country prides itself on being at the forefront of any digital revolution. With a small population, it’s easier to make changes. In 2005, the country implemented internet voting. In basically any other country in the world, people are still voting with pieces of paper and a pen. There are even rumors that the government has plans to start their ‘Estcoin’. When you start a business, you can apply for an e-residency. This makes it possible for companies to start their business in Estonia, without having to live there or even have an office there. This makes it extremely easy for a business to start a company under the Estonian roof.

A tiny country in between Belgium and France, Luxembourg. Some might have never heard of the country, but it has been one of the countries where there’s lots of wealth. One of the reasons for this is their friendly position towards taxes. One of the biggest blockchain companies in the industry for years, Blockchain.Info, has its headquarters located in Luxembourg. With only 600,000 people living there, it’s not as hard to cause adoption.

Back in 2014, their financial commission was one of the first official financial regulators in the world to give an official statement on cryptocurrencies. They released their ‘Bitcoin Communique’ years back describing their awareness of the emerging technology. In terms of taxes, cryptocurrencies are treated as intangible assets so you do not pay any income taxes until you’re exchanging them for FIAT-currencies. When making payments with crypto, you do not have to pay any VAT taxes.

Hong Kong is a special administrative region of China, which has been the main point of discussion for the past few months. Because of their position, the laws and regulations are slightly different than China. Hong-Kong is the home to many businesses in the crypto industry such as Bitmex and Bitfinex. This goes by no surprise as Hong-Kong is widely known for its strong position when it comes to financial markets. All major banks in the world have offices in the country and since 1995, their economy is seen as the freest in the world.

Hong-Kong has a group called the Bitcoin Association of Hong Kong. They attempt to make it as easy as possible for a business to operate in the industry. This is being done with an easy stance towards the taxes, as it’s unregulated by the existing financial watchdogs. Back in 2018, the major financial regulator in Hong Kong mentioned Bitcoin had no visible impact in the areas of money laundering and terrorist financing, securing the position of crypto in general.

As one of the few Asian countries on this list, Singapore is an island that is different on many levels. Whereas lots of their surrounding countries are not as developed, Singapore prides itself on being the most ‘Technology-ready’ nation in the world. Besides that, the country is known for being a tax haven and one of the centers for the financial world. The Singaporean economy was rated as the most innovative, dynamic, competitive and most business-friendly in the world. With a country that is the least corrupt in the world, there lay a ton of opportunities.

Now we get to the places where the real money is hidden in this world. As a former colony of Britain, Bermuda is known for being a wealthy place. There are only 65,000 residents, but tons of financial companies operate from the island. The reason for this is because there are no VAT taxes, no corporate, income, wealth or capital gain taxes. The only active taxes are a minimal payroll tax, only around 10%. The island is not that big, so not that much money is necessary to keep things floating.

Reportedly, Bermuda has the highest GDP per capita in the world. Main reason for this is the fact that loads of wealthy people move to the island to enjoy the weather and the friendly tax laws. Fun fact; there are over 15,000 companies registered in Bermuda without any physical presence or employees there. When it comes to crypto, there’s one business with evident ties to the island; Binance. They have invested 15 million dollars into the development of the island and its stance on Blockchain.

Being known as one of the most neutral countries in the world, Switzerland is also known for being a wealthy country that has been supporting emerging businesses for years. There are some companies such as Shapeshift and Xapo that are located in a town called ‘Zug’. There’s a ton of other crypto companies that are located there. Because of this, the region is known as the ‘Crypto Valley’. In this region, Bitcoin can be used as a payment method for utility bills. The country is ranked number one in terms of economic productivity and competitiveness, making it hard to operate but welcoming to talent as well.

Any crypto you hold in Switzerland should be declared and you need to pay wealth taxes, valued at the year-end prices provided by the Swiss officials. Other kinds of taxes only apply to those who trade cryptocurrency for their profession. Switzerland is known as an ‘unofficial’ tax haven for cryptocurrencies. In all honesty, the situations are better in other countries, but it’s surely welcoming towards crypto-businesses.

Malta is an island of controversy. Their government is in love with attracting wealth from all across the world and are doing so by allowing a business to basically do whatever they want. With only 450000 people living on 316 square kilometers, Malta is a very densely populated country. Malta became popular in crypto-land when Binance announced to move its operations to the island. This is mainly because the government of Malta created a regulatory framework for the crypto business. In this framework, businesses in the crypto industry receive all the guidance and assistance they might need. The Maltese president announced that they want to become the ‘Blockchain Island’.

The controversial part is, the Bank of Valletta has suspended cryptocurrency transactions in November 2017. They do not wish to participate in all the innovation surrounding Bitcoin and whatnot, but the government responded to this. They mentioned that “The rise of cryptocurrencies can be slowed, but cannot be stopped”

There you have it. Are you interested in starting your own business and looking for a place where to register your company? Are you looking to enjoy some of these generous taxes? Go ahead and enjoy yourself!