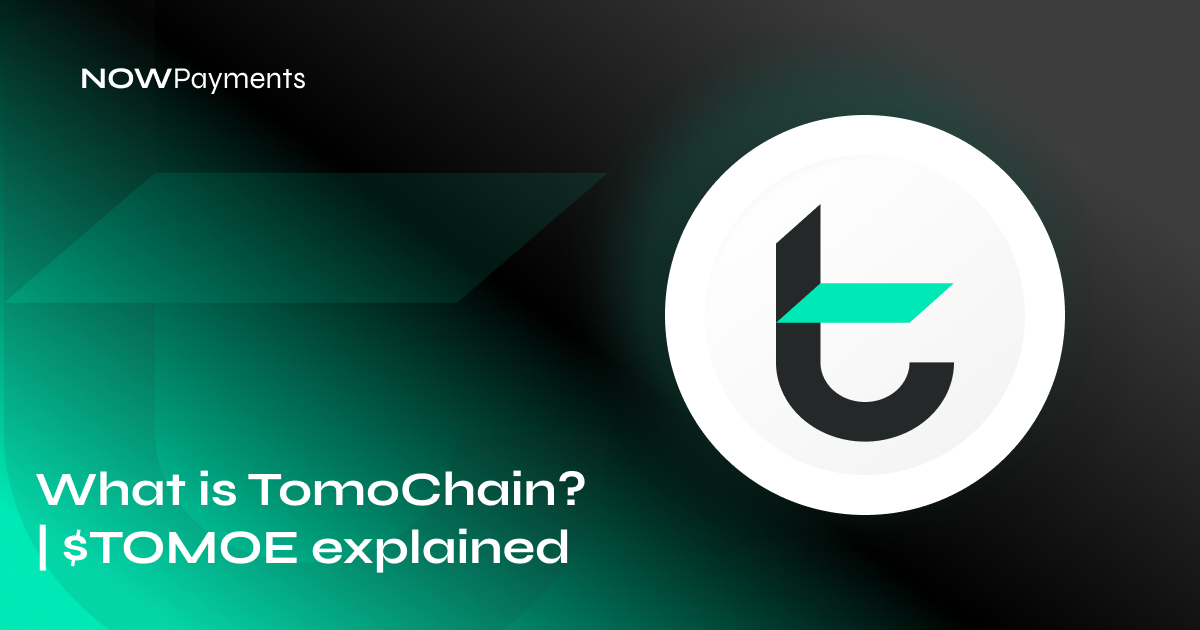 The crypto industry is growing by leaps and bounds, which quickly makes many existing blockchains outdated. Slow transaction speeds and limited scalability make blockchains unable to take on the challenges offered by modern times. As a result, the old tech stifles the development of the entire industry. Yet, this is where innovative networks such as TomoChain enter the stage. TomoChain is a blockchain that relies on state-of-the-art technology, including its Proof-of-Stake protocol, to unleash the real power of decentralization. Read the article to discover every important aspect of TomoChain, the new sensation in the crypto world.

What is TOMO, TOMOE & Tomochain?

TomoChain offers an innovative solution to the scalability problem which exists in the industry. Many notable networks, including the Ethereum blockchain, struggle with the scalability issue. In order to overcome this problem, TomoChain utilizes a system of 150 Masternodes with Proof-of-Stake Voting (POSV). This consensus enables TomoChain to feature near-zero gas fees and a 2-second transaction confirmation time. Basically, by relying on a state-of-the-art method of maintaining consensus, TomoChain manages to deliver an incredible performance which is superior to the competitors such as Ethereum. Additionally, TomoChain employs novel solutions, including double validation, staking via smart contracts, and “true” randomization processes in order to ensure security, stability, and chain finality on its network.

TomoChain defines its mission as being a leading force in building the Internet of Value and its infrastructure. It is working to create an alternative, scalable financial system which is more secure, transparent, efficient, inclusive, and equitable for everyone.

In order to facilitate the transition of the existing projects to TomoChain, the network supports all EVM-compatible smart contracts, protocols, and atomic cross-chain token transfers. TomoChain is seeking to incorporate scaling techniques such as sharding, EVM parallelization, private-chain generation, and hardware integration. Basically, TomoChain wants to become an ideal scalable smart-contract public blockchain for decentralized apps, token issuances, and token integration for small and big businesses.

TOMO is the native cryptocurrency of TomoChain. Additionally, TOMO acts as a reserve cryptocurrency for all third-party apps which run on TomoChain. TOMO forms the foundation of the entire ecosystem of TomoChain, and it will be needed by all parties using TomoChain to build apps or issue and integrate cryptographic tokens into their apps. The TOMO crypto has a fixed supply, and it is non-inflationary. TOMO is also used as a reward to incentivize the building of the TomoChain engine/ecosystem. TOMO is utilized as a long-term, decentralized governance instrument of the TomoChain network. Unlike Bitcoin or Ether, TOMO is not mineable since TomoChain does not rely on the Proof-of-Work consensus.

Along with TOMO, there’s TOMOE — an ERC-20 token hosted on the Ethereum blockchain. It is backed by an equal amount of native TOMO, so one TOMOE is worth the same as one native TOMO at any given moment. Users can convert back and forth between TOMO and TOMOE at any time via TomoBridge.

NOWPayments is happy to support TOMOE and let partners use it as a payment and donation method.

Does TOMO have value?

As it is clear from the description above, TomoChain is a really promising project that has incredible tech and performance. As the native coin of TomoChain, TOMO has great prospects ahead. The quick and low-cost transactions of the TOMO coin make it a viable currency for payments. So, it is likely that more businesses will use it as a payment solution. Additionally, TOMO also gets its value from the growing TomoChain ecosystem. Since TomoChain offers a network which is in many ways superior even to the mainstream blockchains such as Ethereum, it is possible that in the near future, it will turn into a massive force in the sphere of defi and crypto in general. Thus, given the fact that TomoChain is an amazing network that facilitates blockchain-based development, TOMO and, therefore, TOMOE, certainly has value. Any business and individual can contribute to the growth of TOMO’s value by featuring TOMOE payments using NOWPayments.

TomoX is a secure and efficient decentralized exchange protocol. It empowers multiple DEXs, MM providers, and independent projects to work together in a decentralized way. It helps you to launch a DEX in just a few minutes without extensive technical knowledge and with minimal development upkeep costs. TOMO fuels the TomoX platform.

TomoZ is another product that runs on TOMO. It is a protocol to issue tokens based on the TRC21 standard. TomoChain’s TRC21 allows users to pay the transaction fee with the same TRC21 token they are already using. Thus, users can focus on maximizing the frictionless experience when using your issued TRC21 token.

FADO Go is a blockchain-based platform that facilitates cross-border shopping by connecting consumers, brands, KOLs, and logistics providers. TomoChain supports FADO Go to integrate itself into the TomoChain blockchain and its product ecosystem. TOMO holders will have a chance to spend their tokens on FADO Go’s services, including purchasing high-quality brands.

Cadenverse is a music distribution and gaming platform. Cadenverse partners with TomoChain to integrate NFTs and digital assets from the project onto TomoChain’s native NFT platform. TomoChain will support the team through its documentation and integration, as well as marketing and community-building activities. It is possible that users will be able to pay for these NFTs with TOMO.

How to accept TOMOE Token

What is TOMO crypto?

TOMO is the native cryptocurrency of TomoChain, an innovative blockchain with low gas fees and fast transactions.

Is TOMO token a good investment?

TOMO belongs to an ecosystem with massive potential, so it is possible that its value will grow in the future.

How to buy TOMO Token?

TOMO is traded on several major exchanges, including Binance and FTX. Follow these steps to buy TOMO on Binance: