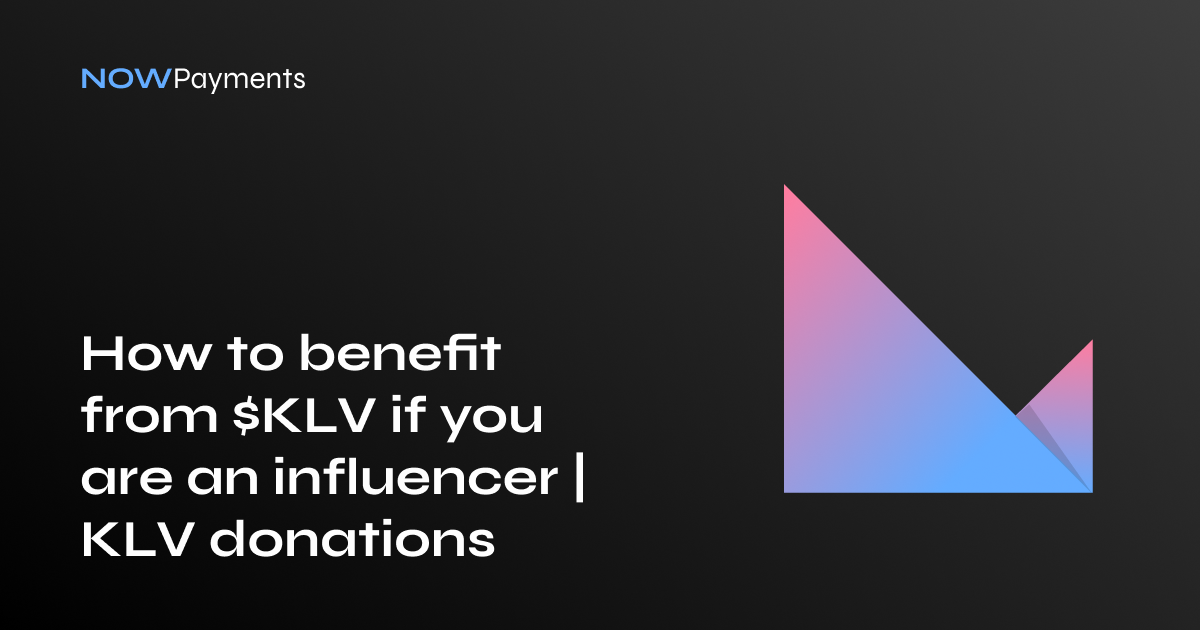 Influencers are constantly working on growing their audiences and getting new viewers. In order to do that, they have to embrace the latest trends. Cryptocurrencies have been a particularly hot trend and influencers can take advantage of it. Klever is a cryptocurrency that has a substantial investor base and a large army of supporters online whom influencers can attract by featuring KLV donations. Yet, a stream of new subscribers is not the only benefit Klever can bring to influencers. Check out the biggest advantages of Klever donations for influencers.

What is Klever (KLV)?

Klever is the utility token of the Klever ecosystem. KLV powers Klever products and services. For instance, KLV is extensively used as part of Klever Wallet and Klever Exchange. The main role of KLV is to act as fuel. Virtually every transaction occurring within the Klever ecosystem is directly or indirectly conducted with the help of KLV.

Why do influencers choose Klever donations?

The donations which influencers get usually do not reach them in their entirety. Audience members who send a donation are often asked to pay a transaction fee, while influencers get charged a certain % per transaction by their bank. Cryptocurrencies constitute an alternative payment system with low transaction fees. KLV can significantly reduce the fee expenses of influencers and their fans since KLV transactions, on average, do not cost more than 0.1$. So, by using KLV, influencers can actually get larger donations

Donations are often a means of interaction with influencers. For instance, streamers receive messages from their audiences alongside donations. That is why, to ensure smooth communication between the influencer and their fans, it is important to have fast donation solutions. KLV is a perfect fit for influencers who want to get quick crypto donations. KLV donations can help people to donate to their favorite online celebrities in a fast way.

Privacy is a great concern among people online. Traditional donation systems do not adhere to the highest standards of privacy and anonymity. Yet, cryptocurrencies such as KLV make anonymous crypto donations a reality. Influencers can deploy KLV donations as a private way of donating money for their fans. In order to send a KLV donation, users do not have to share their personal details or undergo KYC procedures on shady websites.

As mentioned above, cryptocurrencies are a real trend that influencers can easily make use of. The Klever ecosystem serves millions of people. Thus, by featuring KLV as donations, influencers can significantly expand their fan base. Basically, a person who has KLV in their wallet will be happy to support an influencer who accepts KLV.

Finally, KLV donations are also a great option for influencers who want to target fans from all over the world. The standard donation methods may have geographic limitations, but cryptocurrencies are truly borderless. This means that KLV transactions get processed instantly, no matter where the two parties to the transaction live. So, by using KLV, influencers can receive donations from fans from different parts of the planet.

So… how to accept KLV?

Influencers have several ways of accepting KLV. Twitch streamers can use a crypto donations button which makes the process of sending a Klever donation easy.

Influencers who have their own websites or blogs, such as writers and musicians, can deploy a KLV payments widget.

Klever donations are amazing and influencers should definitely try them out. NOWPayments’ solutions for accepting KLV donations are easy to deploy and fast.