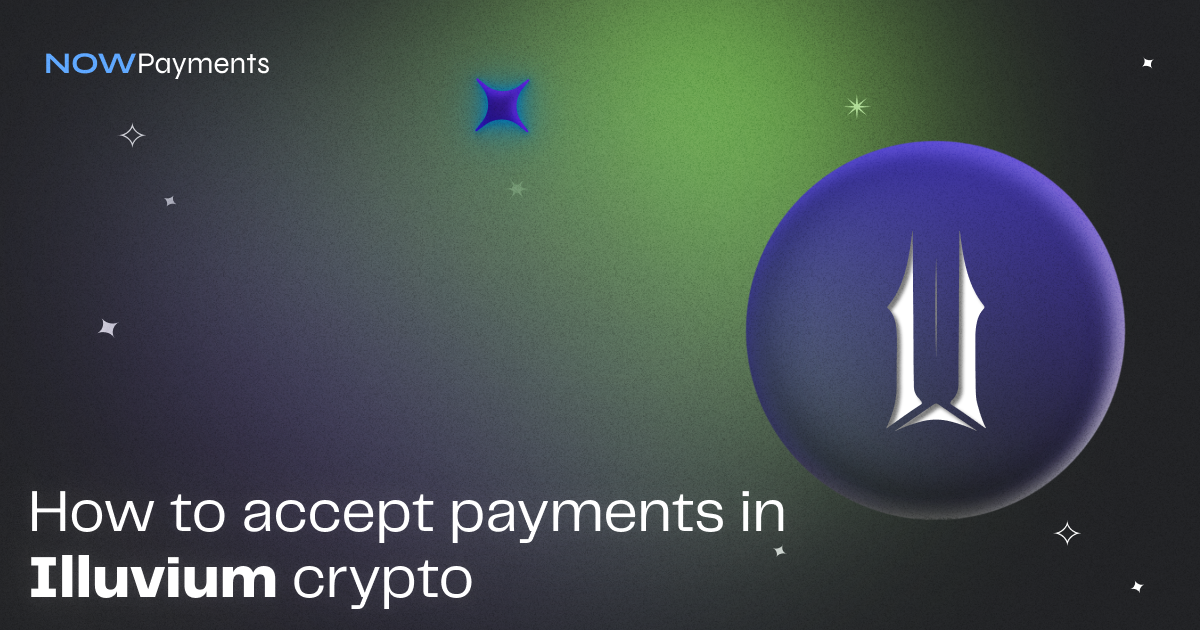 Illuvium is one of the largest, open-world, role-playing games based on top of blockchain technology that is entirely built on top of the Ethereum (ETH) blockchain network.

However, Illuvium also features its own native cryptocurrencies known as the ILV token, alongside sILV, and even supports non-fungible tokens (NFTs) that can represent anything in the world, which ultimately results in play-to-earn (P2E) mechanics.

If you have ever wanted to accept cryptocurrency payments in the form of the Illuvium (ILV) cryptocurrency, today, we are going to go over everything you need to do in order to accomplish this goal.

Illuvium features a fully 3D environment and was designed by a team of artists that have had a lot of prior experience within the gaming space, ensuring that the game is appealing to look at.

Furthermore, Illuvium is secured by Ethereum (ETH) and built on top of Immutable X (IMX), which is a Layer-2 solution specifically built to help scale applications that feature non-fungible tokens (NFTs) as a functionality.

Due to the fact that it leverages the capabilities found by Immutable X, Illuvium can ensure that players are provided with the opportunity to essentially mint as well as trade their NFTs with zero-gas fees and gain instant transaction finality. They can also maintain custody of their assets whilst using IMX.

There’s also a decentralized governance structure that is built to benefit from the ecosystem’s native cryptocurrency, as well as the Illuvium decentralized autonomous organization (DAO).

Some of the key features found within the project include non-fungible tokens (NFTs), as well as zero gas- fees as well as fast transactions, alongside incentivized staking.

The aforementioned sILV token can be used to purchase in-game items and activities, including skins, enhancements, and even maps. It can be claimed straightaway and acts as the purchasing token for land sales as well. Each land also represents an NFT, which can be traded, bought, or sold with the usage of sILV.

Pros and cons of Illuvium payments

How to accept Illuvium payments?

If you run an online eCommerce website or business and are aiming toward allowing each and every one of your customers to essentially begin paying you in the form of the Illuvium (ILV) cryptocurrency, NOWpayments is a solution that can help your business accept Illuvium (ILV) payments with ease.

All you have to do is follow each one of these steps carefully in order to get started and accept the payment method.

Illuvium (ILV) payments will open up your business and store as a whole to a new target user base, which specializes in the usage of gaming-related or metaverse-related cryptocurrencies.

This means that you can take advantage of the numerous use-cases and capabilities found with the Illuvium (ILV) cryptocurrency and get the most out of it.

NOWPayments will assist any business in the process of accepting Illuvium (ILV) payments with ease and represents an all-in-one solution for any business needs and requirements you might have.