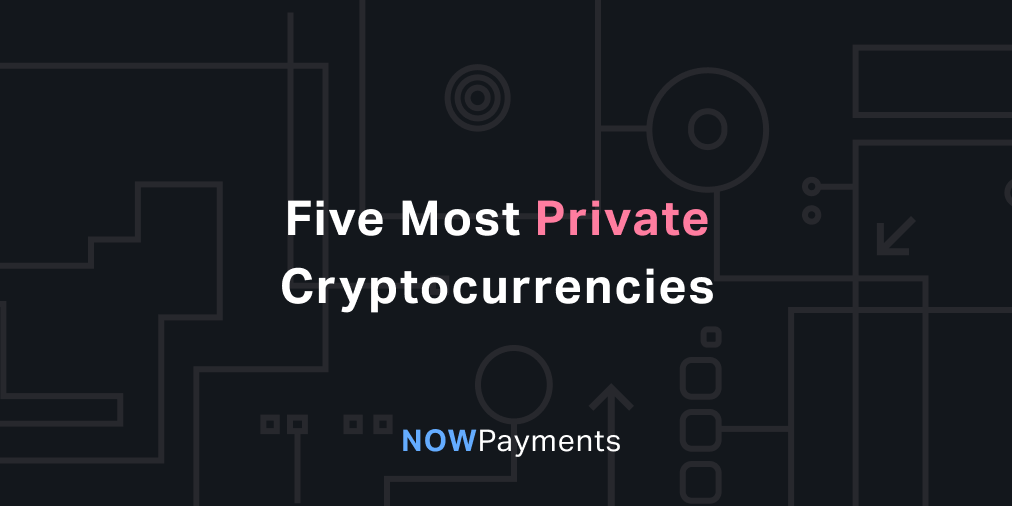 Cryptocurrencies have come a long way since 2009. They have gained tremendous popularity because of varying factors. The most significant reasons among them are their privacy and anonymity features. These features allow crypto users to keep their identities and transaction data hidden.

Why are privacy-focused cryptocurrencies needed?

Today’s digital age has given rise to concerns about data privacy. The crypto community is not immune to these concerns either. Thus, it has led to the creation of privacy-focused cryptocurrencies. The first use case of Bitcoin was a payment method that was private as well as decentralized. But there were problems with the private nature of Bitcoin payments later on.

Each financial transaction on the Bitcoin net leaves two types of traces. One of them is left on the blockchain and the other ones are not. The traces left on the blockchain can be used to connect the transactions. Some entities use these inefficiencies to figure out how the user spends their bitcoin funds. They can also find out how much Bitcoin a user has and whom they are sending or receiving bitcoin from.

Many crypto users do not like the open-access feature of the public blockchain. Realizing the need for privacy-focused coins, developers came up with privacy coins. These cryptocurrencies use a different algorithm to add transactions to the blockchain.

The coins leading the privacy-focused coins

There are many privacy-focused coins in existence today. Hence, it makes choosing the most private coins harder. All privacy coins have some innovative features going for it. Is it ZEC with its shielded addresses, or XMR with its ring signatures? Perhaps, TELE with its masternode capabilities? All privacy coins have “Privacy” at its core. They all ensure user privacy and anonymity. Their aim is to achieve long term survival and success of the crypto industry.

This is a simple, beginner’s overview – for a deep, profound one check this article here.

Monero is the most popular privacy-coin currently. It ensures that a Monero user’s transaction data remains untraceable.

Monero’s technology used to be known as CryptoNight Proof-of-Work Protocol. Monero introduced the RandomX Proof of work algorithm in November 2019. It obfuscates the ledger of transactions through ring signatures, among other things. This process also makes it impossible to know the amount of XMR held.

The privacy feature of Monero has made it a perfect choice for dubious uses. One of the well-known examples of this is WannaCry hackers. They converted their ransomware stash into Monero. They did this to stay off the radar and escape the prying eyes of global authorities.

Monero acted as the de facto cryptocurrency on AlphaBay. Do you believe it as promising news? It is not as AlphaBay is not your average e-commerce website. AlphaBay is a Darknet website. It is the largest marketplace in the Darknet. The authorities shut AlphaBay. Yet, they weren’t able to estimate the total transacted amount on AlphaBay.

Monero is very popular among the dark web users and hackers. But, we cannot downplay the achievements of Monero. However, a team of researchers did some studies on Monero. They found that it is possible to extract information from the Monero network.

Monero has a strong development team and a following that is loyal to the boot. It has established itself as a hegemon of the privacy coin space. Hence, it will be very challenging to dethrone Monero from its position as a Go-To privacy coin.

The governments and tax authorities are increasing pressure on public blockchains. Hence, we believe that Monero will grow further.

Verge is one of the top five privacy coins by market cap. Privacy is not a default option with Verge. It is offered as a choice to the Verge users. Verge’s Wraith Protocol allows users to choose from the public and private ledgers.

Both of these choices described above are available on the same blockchain. This option to choose will benefit the users that value transparency and privacy. Merchants, for instance, will like Verge. It is because they would be able to use the record-keeping feature of blockchain.  A user can also send funds using the private ledger option in the Wraith Protocol if they wish to do so.

Verges uses anonymity-centric networks when a user opts for a private transaction. These networks are TOR, also known as The Onion Router and the Invisible Internet Project (I2P). Verge uses these networks to blur the IP addresses of the parties involved in a transaction. Thus, it results in an untraceable transaction.

Verge is one of the many privacy coins available in the market today. Yet, the Verge team is working tirelessly to offer value to the Verge users. It will be interesting to see how Verge fares against Monero in the long run.

Previously, Dash used to be known as Xcoin. In January 2014, it was relaunched as Darkcoin. In March 2015, the Dash developers renamed it again. This time it was renamed as Dash. It is the short form of “Digital Cash.”

Dash aims to solve two of the biggest problems associated with bitcoin. These are the lack of privacy and speed of bitcoin transactions.

Future of Dash
Dash is aiming to become a top choice for daily transactions. It has currently expanded to other countries to make its goal a reality. Dash has a bright future in economically distressed countries like Venezuela. Dash will do quite well in the future as well.

Zcash has its roots in Zerocoin. It was a project that aimed to improve anonymity for the bitcoin community.

It leverages a specialized form of zero-knowledge cryptography. Thus, making it possible for the network’s consensus protocol to validate fully encrypted transactions.

Zcash is not anonymous by default. Yet, a user can use Zcash as a privacy enhancement tool. It means that the shielding of transaction data is an optional feature in Zcash.

The Zcash Company
There is a company behind Zcash, unlike some other crypto coins. Zook Wilcox is the CEO of the Zcash company. 10% of all mined Zcash within four initial years are set aside for the Zcash team as the “Founders Reward.”

Zcash technology offers a secure and confidential transfer of crypto assets across accounts. It is likely to hold an important position in the crypto space in the future. Zcash may also be in use across a variety of industries. It is possible once crypto usage becomes widespread.

KMD is a cryptocurrency that is used within the ecosystem developed by Komodo. A user must have the KMD coins to use the features available on the Komodo platform. It can also be used for digital payments of private nature.

Komodo began its journey as a fork of Zcash. Hence, Komodo inherits many of the privacy features of Zcash. Like Zcash, Komodo uses the Zero-Knowledge proof protocol. This protocol helps preserve the privacy of the user.

The most important part of Komodo is its atomic swap DEX protocol. It powers AtomicDEX, a P2P exchange. A user can exchange their digital assets without any centralized control through atomic swaps. Komodo’s main intention was to bring a reduction in the security issues associated with crypto exchanges. Yet, atomic swaps also improve privacy.

Privacy coins will continue to hold a special place in the crypto community. Privacy coins will become even more popular in the future. The reason is that the governments around the world are strengthening the local rules. The tax authorities have complicated the situation. And in a way, it hurts people’s privacy.

On the other hand, the privacy coins will continue to grow even if some of the crypto exchanges ban them. It is because the future of the crypto trade belongs to decentralized exchanges.