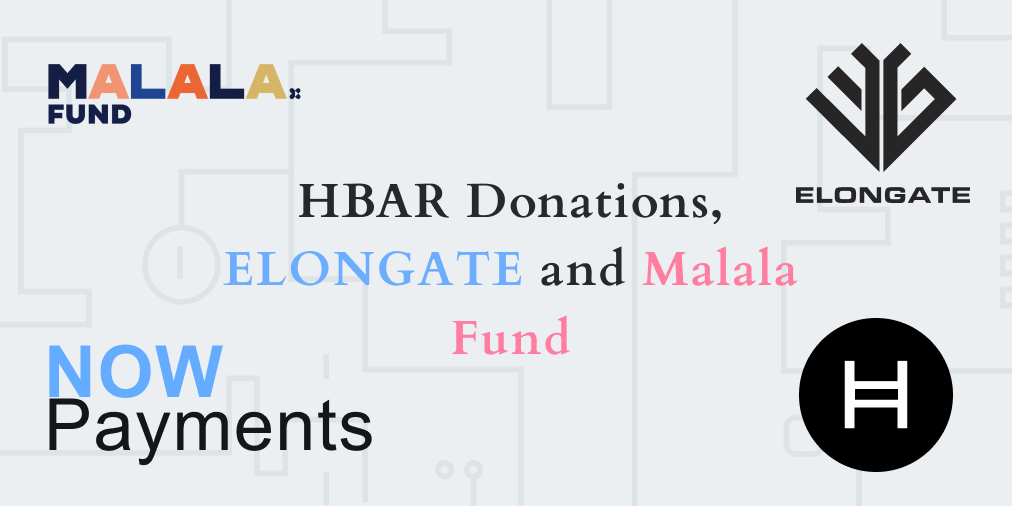 We are now used to seeing dozens of blockchain projects being created every year. Yet, the majority of them are commercial since they propose their unique solutions for different spheres and industries and wish to make profits. At the same time, there are instances of blockchain-based initiatives which are purely non-profit.

ELONGATE is one of the best examples of such projects. Initially created as a joke, ELONGATE has managed to become a sensation in the crypto world as the leading blockchain charity. Recently, ELONGATE has partnered with the Malala Fund, which is committed to promoting girls’ right to free education.

You can donate to ELONGATE directly, and Hedera HBAR is one of the perfect cryptocurrencies to donate, due to its low fees, high speed and energy-efficiency.

ELONGATE is certainly a project worth attention—not only because it was considered to be somewhat memetic at first but for being one of the leaders in the blockchain charity field. Let’s learn more about ELONGATE, its tokenomics and use cases.

ELONGATE emerged as a result of a joke made by Elon Musk when the billionaire asked his audience to call any potential scandal involving him “ELONGATE.” Inspired by the meme, a group of enthusiasts issued ELONGATE tokens on the Binance blockchain with an intention to celebrate Internet culture and use it to support charitable causes. Essentially, ELONGATE lets its community members contribute their crypto to several funds. The main one is the community charity fund which is used as the primary source of ELONGATE’s donations to charities.

ELONGATE is the utility token of the project. The currency has a total supply of 1 quadrillion. It is a BEP-20 token issued on the Binance Smart Chain. Each ELONGATE token transaction entails a fee of 10%. One half of the fee gets redistributed among the community of holders. The other one is used to increase liquidity on the PancakeSwap Liquidity Pool.

ELONGATE has already had massive success with its charitable efforts. There are several charities to which ELONGATE made sizable contributions. For instance, ELONGATE sent $150,000 to the National Kidney Foundation, which provides assistance to people coping with a kidney disease diagnosis. Additionally, ELONGATE donated $250,000 to Action Against Hunger and $650,000 to the Ocean Cleanup project. Overall, the size of ELONGATE’s donations, as of July 2021, has reached more than $3 million.

ELONGATE has partnered with many non-profit projects. One of them is Malala Fund, founded by Malala and Ziauddin Yousafzai, which goal is to promote girls’ right to free education. Learn more about the Fund and how you can donate to the project with ELONGATE.

The Malala Fund was established in 2013 by Malala and Ziauddin Yousafzai. Their ambition was to ensure that every girl on the planet had a chance to go to school. Eight years later, the fund has achieved several significant milestones and has helped thousands of children. The Malala Fund operates in countries such as Brazil, Nigeria, Afghanistan, Ethiopia, and many others. Through its Education Champion Network, the fund invests in local educators and advocates. The fund conducts campaigns to ensure the provision of resources and policy changes needed to give all girls a secondary education. The Malala Fund also has its digital publication and newsletter called Assembly, where girls themselves share their experiences and opinions.

How to Support Malala Fund and ELONGATE

People can donate to the Malala Fund directly on its official website since it accepts several cryptocurrencies, including Bitcoin and Ethereum. One also can help ELONGATE in their quest to promote charities by using ELONGATE tokens. Users who do not have ELONGATE tokens can use the NOWPayments donation widget, which is also placed on ELONGATE’s website. The widget lets users donate more than 90 different digital assets.

One can even donate HBAR. More on that later on in the article.

How Charities Can Start Accepting Cryptocurrencies

NOWPayments is a non-custodial service that helps organizations accept crypto from their clients and audiences. If you own a charity and want to start accepting digital assets in the form of donations, NOWPayments has an easy-to-integrate solution. You can deploy a crypto donation widget, button, or link on your website, which will let you receive cryptocurrencies from your patrons.

There are few cryptocurrencies which are positioned as perfectly as Hedera’s HBAR in terms of crypto donations. The currency exists on the innovative blockchain alternative called hashgraph, which possesses several key features making it ideal for crypto donations.

ELONGATE is the manifestation of altruism of the crypto community. Despite being a newcomer in the crypto world, the project has already made a massive positive impact. You can help ELONGATE and the Malala Fund by donating your crypto.