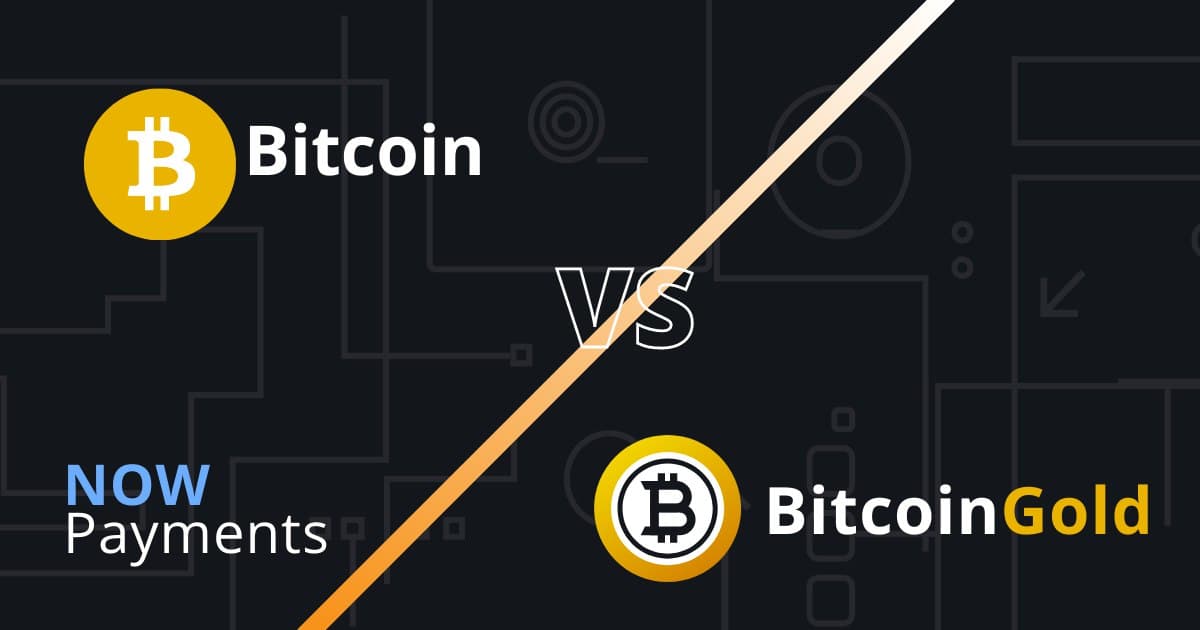 Bitcoin Gold is a cryptocurrency that appeared from a hard fork initiated on its parent open-source blockchain of Bitcoin. Bitcoin Gold was created on November 12, 2017.

What Is A Hard Fork?

A fork occurs when developers take the existing or original codes of computer software, make basic modifications to the programs, and then use them as the original blueprint of a different project. This is the case for cryptocurrency projects such as Bitcoin Gold (BTG).

Cryptocurrency projects like Bitcoin Gold (BTG), Bitcoin Cash (BCH), and some other altcoins are referred to as “hard forks” because they introduce a hard requirement to run new software to access the new chain, unlike a “soft fork”, which adds features but does not force users to change their software.

In cryptocurrency, a hard fork often occurs as a result of disagreements between parties. Especially when major changes are made, or when cryptocurrency projects begin to deviate from the original ideas.

In the case of Bitcoin Gold, the issue was in regards to “re-decentralization”. Usually, the basic idea behind the decentralization of financial services was giving complete governing and decision making power to the general public, with no exclusions. In 2008, when Satoshi Nakamoto introduced the original Bitcoin blueprint in the “White Paper”, one of its key points was its intent to fast-track the decentralization of finance. However, as Bitcoin gained momentum in the finance world, it soon began to become de-decentralized, restricting mining power.

Bitcoin Gold tackles the issue of centralization of Bitcoin mining, which has restricted mining powers in the Bitcoin community. In Bitcoin, mining requires special hardware, this makes it impossible for the average Bitcoin user to mine. This special hardware is usually expensive and requires certain technological knowledge.

The special hardware known as Application-Specific Integrated Circuits (ASICs) is needed to efficiently and profitably. As a result of the complications of Bitcoin mining, there are very few miners in comparison to the mine-able Bitcoin quantity. About 80 to 90 percent of the Bitcoin mining power is wielded by mining companies, who control the blockchain network due to their large size.

The Bitcoin Gold developers believed that by adopting a completely different algorithm, the Equihash, to replace the Bitcoin SHA-256 mining algorithm, Bitcoin Gold would be able to return mining powers to all users, instead of a select few.

Although Bitcoin Gold preferred Algorithm, Equihash, is also a proof-of-work (POW) algorithm that requires large amounts of computing and electrical power, like Bitcoin’s SHA-256, it is designed to require too much memory for Application-Specific Integrated Circuits (ASICs)-based optimization. Bitcoin Gold (BTG) was programmed in order to allow mining from regular computers with powerful graphics processing units (GPUs). With this modification, regular people would be able to mine in the Bitcoin Gold network, thereby decentralizing the platform.

Bitcoin is one of the earliest, if not the world’s first cryptocurrency network and token. In 2008, a “White Paper” talking about a digital currency, with express autonomy, was released online. The “White Paper” released under the pseudonym “Satoshi Nakamoto”, detailed the features, functions, and chances of the viability of a cryptocurrency token, Bitcoin.

Months later, in 2009 the proposed cryptocurrency was publicly released. Bitcoin garnered a great following and investments and has remained the world’s leading cryptocurrency network ever since.

Bitcoin is based on open-source code. This means that the code driving the cryptocurrency software can be accessed by anyone and everyone. This however allows for Bitcoin’s code to be duplicated for use on another cryptocurrency network, after some modifications. In its programming, the blockchain serves as a digital ledger, which records and tracks transactions carried out on the Bitcoin server. Therefore, this makes it possible to trace transactions made with Bitcoins, whether in exchange services or transactions made on the Bitcoin server.

Bitcoin is basically a computer file run on a network of computerized blocks called a blockchain. Bitcoin, like all cryptocurrency tokens, is stored in a “digital wallet” application which is available for both smartphone and computer users.

Bitcoins are made through a process called ‘mining’. Unlike regular mining, this is done on powerful computers, using Application-Specific Integrated Circuits optimization. Computers and made to decipher complex sums referred to as “Cryptographic Puzzles”. Successful miners (miners who solve the cryptographic tasks) are therefore allowed to create new blocks, which would then be added to the network. This aids in the blockchain network expansion, creating more room for transactions to be carried out and verified.

Differences Between Bitcoin and Bitcoin Gold

Although both cryptocurrency networks, Bitcoin and Bitcoin Gold, run on open-source code, there are some major differences between BTC and BTG, and some of them are listed below:

In the world of cryptocurrency, Bitcoin is the most successful and most popular. This, therefore, makes the demand and investments, evidently higher than its competition. As the rule of demand and supply plays, this makes Bitcoin the most expensive cryptocurrency in the world. At the time of this publication, the price of one Bitcoin is many times the price of one Bitcoin Gold token.

Bitcoin Gold is based closely on the original Bitcoin code. The mining algorithm was changed to allow anyone to mine, and two important changes were made to ensure safety for Bitcoin users (Bitcoin Gold includes replay protection to prevent cross-chain replay attacks and Bitcoin Gold has used a unique addressing scheme, so that users don’t confuse their Bitcoin Gold wallets and their Bitcoin wallets, which was a serious problem with some less friendly Bitcoin forks.)

Because the Bitcoin Gold code is otherwise following the same track as Bitcoin Core – including the full support of SegWit – Bitcoin Gold is an excellent platform for developers learning to work with Bitcoin, or who want to produce an identical app which can operate at much lower cost in transaction fees.

As with most Bitcoin hard forks, Bitcoin Gold is relatively less secure when compared to Bitcoin’s network. Bitcoin Gold has been used in multiple attacks against exchanges, first in 2018 and again in January of 2020. Multiple subsequent attacks in 2020 have failed due to the coordinated actions of the BTG mining and developer communities. Notably, a massive 1200+ block attack was prevented in July of 2020. BTG v0.17.3 was released to make such deep chain reversions impossible, improving the network’s cybersecurity.

Bitcoin Gold’s Equihash mining algorithm allows all users to be able to participate in mining activities, as opposed to Bitcoin’s SHA-256 algorithm which requires complex and specialized hardware for mining. The ASIC miners for mining Bitcoin are expensive and have no other use. The graphics cards for mining Bitcoin Gold are available in typical computer stores, but millions of people already own a suitable graphics card and would not need to spend any money to buy one.