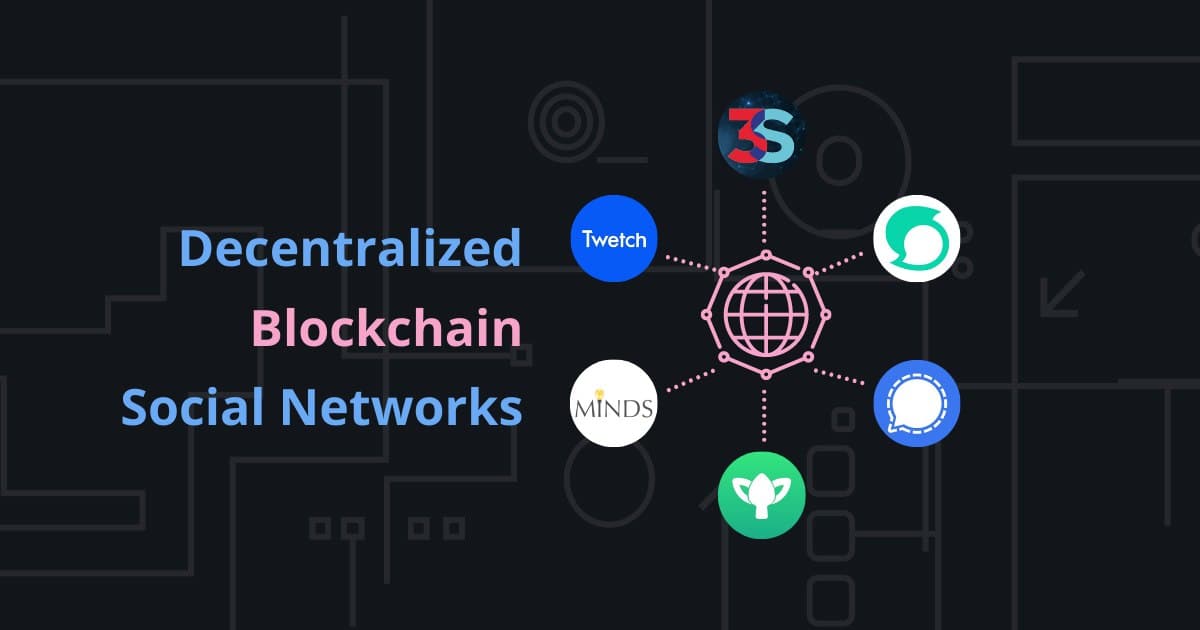 The current big social media networks such as Facebook, Twitter, Instagram, and YouTube have control over their users, to a point where people can be blocked and barred from using the site. Just recently, Donald Trump had his social media platforms shut down. These social media giants are censoring more and more information, picking and choosing what they think is relevant to what isn’t, based on some algorithms.

But no need to fear, there are decentralized blockchain alternatives that don’t censor your free speech and let the users of the platform post videos and make content without worrying about things being deleted because they didn’t fit the narrative. A great thing about these alternative platforms is that they pay their users with fiat and cryptos, depending on what your preferred mode of payment is. Let’s dig in and get started by introducing you to the new age of social media, ‘ The Blockchain-Based Social Networks.’

This blockchain social media platform is the competitor to Facebook. They currently have more than 1M users on board, and are looking to really push forward and make their blockchain media platform one of the best on the planet.

This platform is powered by the cryptocurrency token, which can only be purchased with Ethereum. Currently, 166 tokens can be purchased with 1 ETH. Users can use this token to promote their pages, by paying to increase the number of exposure posts get. The token can also be used to tip any users and get special features on the app.

Minds.com allows users to write blogs, statuses, post videos, images and interact with friends through video chat and message services. If you’re ready to use one of the best social media blockchains you can do so at Minds.

If you’re looking for a blockchain alternative to Twitter, then this is the app for you. Twetch.com is almost a carbon copy of Twitter, except its platform is situated on the Bitcoin SV blockchain. This platform is most likely going to be mixed up with twitch as it has an extremely similar name, in fact, typing into Google automatically corrects Twetch to Twitch. So to stop you from getting confused, here’s a link to Twetch.com.

The Twetch app is well-designed and offers some really cool features, like the troll toll, which makes users pay you to troll you. It’s a great idea to stop online bullying and will make this app a great success. Users also get paid by people who want to follow them. The current follow fee is $0.10 per person. That means you’ll end up spending $10 trying to follow 100 people.

This is a great app if you’re looking to make money on gaining users and creating content.

Here we’ve got a blockchain company that’s an alternative to YouTube. Users who have made videos on YouTube know it’s easy to get monetized and have the account blocked for weeks and on some occasions permanently. With 3Speak users can speak freely with their communities without the worry of being removed from the platform.

The token driving the macroeconomy of 3Speak is called Hive. Creating content on this platform is great, as it offers users to get paid in the Hive token. The token can also be used to gain access to subscription content and provides content creators with an alternative to make extra money.

Users who hold a higher amount of tokens also get special perks. These content creators can have more power governing the platform. This allows them to have an influence on which direction the 3Speak goes in. This gives power to the people and stops content creators from being controlled by people who would otherwise pick and choose the content they prefer on the site.

Steemit is one of the first blockchain-based blogging platforms on the internet. Users can create blogs on an easy-to-use platform and get upvotes to have the content pop up more on the features pages, and higher up the rankings. If you’re a blogger who wants to have real free speech then Steemit is a great place to go.

Creating blogs on Steemit warrants being paid in tokens, that can be exchanged and used to upvote blogs. There are several tokens useable on the platform, including:

STEEM power is exclusively used on the platform to increase upvote power. The more tokens you’ve obtained the more upvote strength you’re awarded. While STEEM and STEEM Dollar are tokens that can be moved to decentralized exchanges for trading purposes. These tokens are typically used to get paid for writing blogs.

If you’re in search of an alternative platform to Instagram, then Karma is the place to go. Unlike on Instagram, when users get likes and shares on their content, they’re awarded some KARMA tokens. Now users can get deals from their sponsors, and get extra money from having people simply liking the posts.

This platform is currently available as a mobile app. It can be downloaded for both iOS and Android devices through the App Store and Google Play Store.

This app is an end-to-end encrypted messaging platform, which allows users to send texts with the added security knowing all of their messages are kept safe and secret. This app is an alternative to WhatsApp and Facebook Messenger and is used by more than 20 million users to date. Expect to hear more about Signal over the coming years, as it starts to take over the messaging industry. Users can also download this app on mobiles including iOS and Android devices at the app store and Google Play Store.