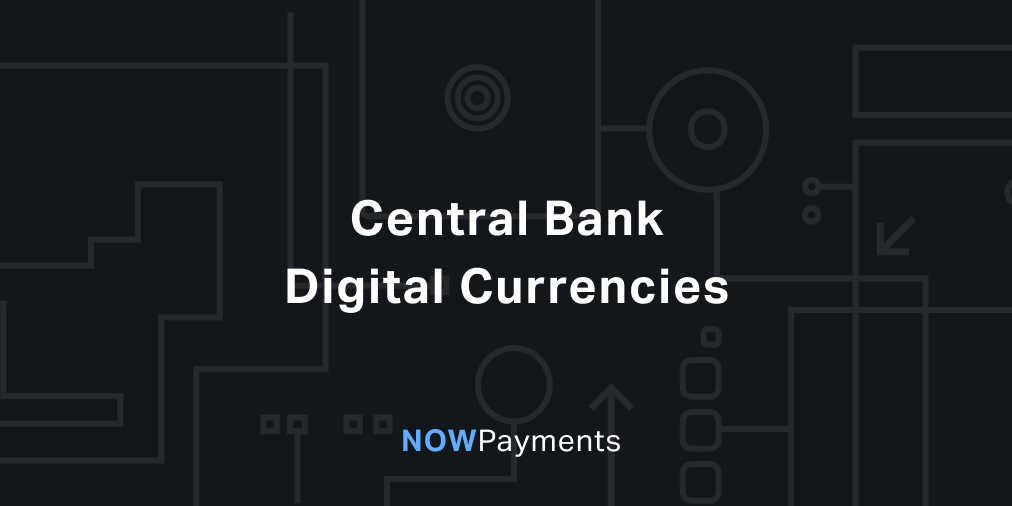 Cryptocurrencies have taken the center stage of mainstream attention since the last few years. Facebook’s announcement about launching Libra, a digital currency, even made some of the leading central banks around the globe think about launching a digital twin of their national currency. So what exactly is Central Bank Digital Currency? Let’s find out.

The first country to come out with a form of a central bank digital currency was Finland. The central bank of Finland launched Avant in 1993, albeit through Toimihara, a company that was owned by them. However, it never really took up and was kind of unpopular among the Finnish citizens. It was discontinued in 2006.

Many of the Finnish citizens considered Avant to be annoying and pretty expensive. They believed that the normal debit cards were far better. Avant was not an online CBDC like the ones that are under proposal today. It was a card that contained electronic money that was considered to be legal by the central bank of Finland. The electronic money was held in the chip of the Avant card.

A CBDC would be beneficial for a wide range of applications. However, it would be the most useful in the area of digital payments. It will change the way of how a common citizen transacts. A central bank digital currency will be used by citizens for mainly retail trade purposes.

The increasing usage of central bank digital currency will lead to further growth of digital retail channels including that of the eCommerce segment. Today, an increasing number of people is comfortable doing transactions online and the volume of online transactions is also rising rapidly. These signs prove that CBDC will be adopted fast by the masses.

The Bank of International Settlements conducted a survey in 2019 and their motivation behind this survey was to know which central banks are currently working on digital currency and which ones are planning to start soon. A total of 66 central banks replied to the BIS survey. There were 21 advanced economies and 45 emerging economies that took part in the survey. It covered 90% of the global economic output and 75% of the world population.

Why do Central Banks Want to Launch a CBDC?

Many crypto enthusiasts believe that the “fear of cryptocurrencies” are a major driver for the central banks to work on a national digital currency. There may be some truth in it but it didn’t find a mention in a recent survey conducted by Bank of International Settlements and hence, there are no facts which back this sentiment.

Central banks classify their motivations behind launching a CBDC into two categories and these are General and Wholesale.

The top-most reasons that impel the central banks of emerging economies to launch general-purpose CBDC are payment safety, domestic payment efficiency, and financial inclusion. On the other hand, the advanced economies consider “payment safety” as the most important motivation behind their plans of launching a general purpose CBDC.

The People’s Republic of China announced in 2019 that its central bank will launch a digital currency, nicknamed as the “digital yuan.” Some media outlets also claim that the People’s Bank of China is pushing for the release of its Digital Currency Electronic Payment (DCEP) out of fear of Facebook’s Libra.

The Riksbank, Sweden’s central bank was the early tester of CBDC. It has been monitoring its “e-krona” for some time now. There has been a rapid decline in the usage of paper currencies in Sweden and therefore, the Swedish government is now focused on launching a new platform for its e-krona.

The two wealthy Middle Eastern nations, Saudi Arabia and UAE announced in late 2019 that they will launch a CBDC named “Aber.” However, it may be tested extensively before launch at a select few banks. They did not disclose the dates though.

France’s Central Bank announced in 2020 that they will begin a pilot project for a CBDC, the first-ever digital euro project to be announced. There are some media reports that mention that the Bank of France announced the CBDC pilot project in response to the news about Facebook’s Libra.

Many central banks around the world are concerned about a handful of companies dominating the payments system in their countries and some of these large companies are foreign. The central banks believe that the emergence of CBDC as a payment mechanism may make their country’s payment system more resilient.

There are also multiple reports on how CBDC will impact banking channels. The common theme across all these reports is that the private banks will be at the receiving end after the launch of CBDC.

There are claims that CBDC will rise as an alternative payment mechanism and impact the profitability of the banks. CBDC will have an adverse impact on clearinghouses, ATM operators, settlement institutions, and last but not the least, the banks. However, the customers will emerge as the winner here.

Overall, there is a positive sentiment with CBDC as experts believe that it will improve the financial stability of the global economy. We also believe that CBDC will lead to a decrease in the usage of cash in emerging economies and thus will digitize businesses everywhere. The new-age businesses like eCommerce, eSports, etc will specifically benefit from increased usage of CBDC in the emerging economies.

There’s no doubt that CBDC will impact businesses and individuals around the world. Some businesses will benefit from it and some will have to adjust to it to remain afloat. However, we believe that the consumer will be truly benefited if central banks around the world come up with a central bank digital currency. It has the potential to be a revolutionary change and will help make the finance industry better and more accessible.

We at NOWPayments, a non-custodial crypto payment processing service, are prepared for it as we are leading the true decentralization movement with our innovative solutions. Wanna join the bandwagon by integrating crypto payments on your website? Reach out to us now.