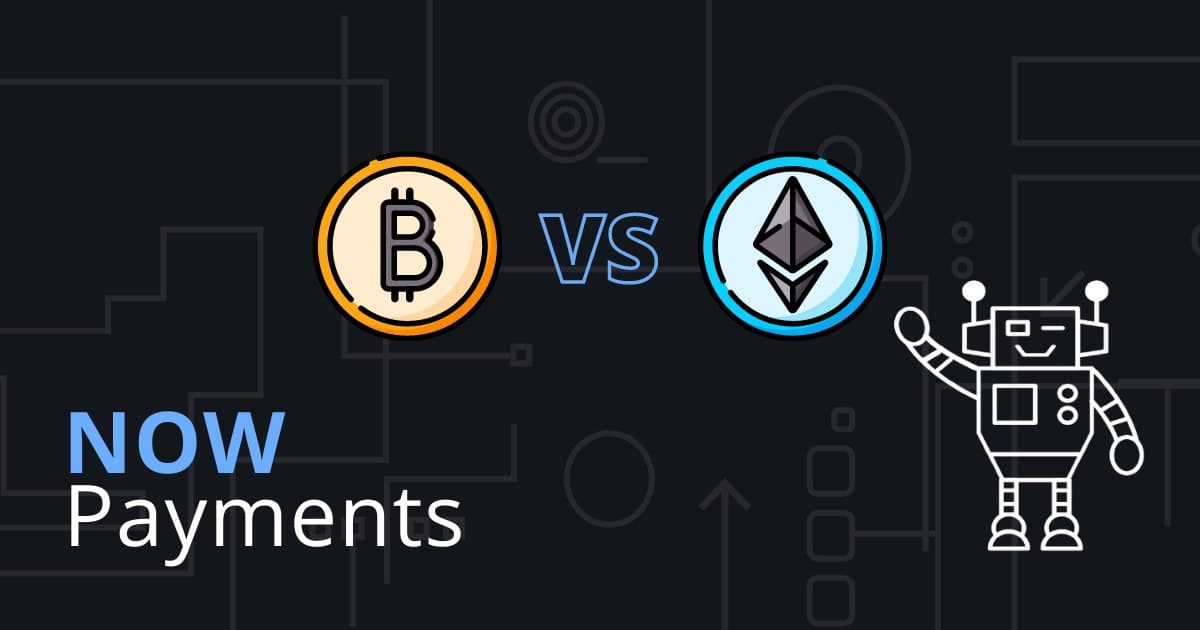 Ethereum vs Bitcoin: An Overview

Bitcoin (BTC) is the main decentralized digital blockchain-based cryptocurrency with a market capitalization of more than $638,488,720,800, launched in 2009 by a mysterious Satoshi Nakamoto. Although BTC was not the first version of a digital currency, it has come to be known as a predecessor to all cryptocurrencies launched over the past decade.

Bitcoin payments are processed by computers linked through a shared ledger. All transactions are recorded into a “blockchain” of each computer.

Ethereum (ETH), launched in 2015 by Vitalik Buterin, is a blockchain-based open-source decentralized platform, used for its cryptocurrency, Ether, the second-largest cryptocurrency by market cap after bitcoin. It is also a ledger technology that is used by companies for building new programs.

On the one hand, Ether and bitcoin have much in common: each is a digital currency traded via online exchanges, both are decentralized (not issued or regulated by anyone), both use the distributed ledger technology, better known as the blockchain. On the other hand, there are also many global distinctions between the two crypto leaders.

Key differences between Bitcoin and Ethereum

Before making a decision “Should I buy Bitcoin or Ethereum?” you need to know their general features.

#1 Targets and use cases

Despite both being attractive to crypto investors, Ethereum and Bitcoin have vastly different targets and use cases. Bitcoin is more of an aspirational store of wealth and payment currency, so users who invest in it intend to hold it for the long term.

Bitcoin is like a decentralized store of value – a peer-to-peer currency used for financial transactions without the involvement of third parties in payment technology. Bitcoin’s purpose is to be an alternative to fiat currency.

Ether is a whole different animal. Ether was primarily launched as a digital currency on the Ethereum network to run decentralized blockchain-based smart-contract applications (ĐApps) without downtime, control, or third party interference, that do not go offline and cannot be altered. It is more often used as gas fees in transactions for other tokens.

The Bitcoin transaction fees do not depend on the transaction amount. Users can manually set the desired fee value, however, the transaction may freeze due to a small fee amount, since miners can process transactions that are more profitable for them.

Ethereum has fees for confirming transactions. Users pay fees in Ethers, converted into gas (a denominated Ether unit used to pay for transactions on the Ethereum blockchain).

The bitcoin total supply is limited (21 million) so that it leads to a shortage of currency on the market and increases its value. To prevent BTC depletion, the process of halving is built into the protocol to shorten mining rewards every 4 years. Ether, on the contrary, is not limited, its production is continuous.

Ethash is a proof-of-work hashing encryption algorithm designed specifically for Ethereum. It is based on two algorithms: Dagger and Hashimoto. Dagger is an algorithm that places strict demands on the memory of a video card. Its principle of operation is similar to Scrypt, but its performance is higher, especially while increasing network complexity. The Hashimoto algorithm works with input/output operations. Particularly, it limits the speed of production, as the amount of memory for writing and reading information is not infinite.

SHA- is a Secure Hash Algorithm, 256 means that algorithm generates a 256-bit hash, i.e. a string of 256 bits. The hash rate is calculated in units of gigahashes per second (GH / s). It takes from six to ten minutes to create one block.

Valid methods for buying BTC and ETH online are generally the same: via bank transfers, credit or debit cards, cash, and cryptocurrency exchanges. You need to choose a platform, create an account, deposit money and buy chosen cryptocurrency.

What to choose for payments?

Needless to say, there are benefits in using both Bitcoin and Ethereum. BTC is more liquid and has a lower coin supply than Ethereum, but Ethereum has better technology, huge potential, and provides more uses than Bitcoin does. Bitcoin is more widely used as a payment alternative to fiat money.

However, as ETH is used to fund transactions at rising costs, DeFi users, for instance, must buy Ethereum to pay for associated fees, this leads to the Ethereum price rise, and over time its value will likely be more useful in everyday life. Nowadays, more companies and services accept Bitcoin payments than payments with Ethereum, but it is just a matter of time.

Having said this, the primary differences that separate Ethereum from Bitcoin are their purposes and their concepts. Ethereum blockchain runs smart contracts, and Bitcoin focuses on manual payment technology. Ethereum has unlimited use cases, while Bitcoin tackles payment and banking issues. More and more businesses accept BTC as a method of payment, more and more applications become widely used on the Ethereum network.

Over time, Bitcoin and Ethereum are becoming more compatible by the implementation of tokenized bitcoins or many planned “cross-chain” developments, designed to let people connect different blockchains and transfer coins more freely among them.