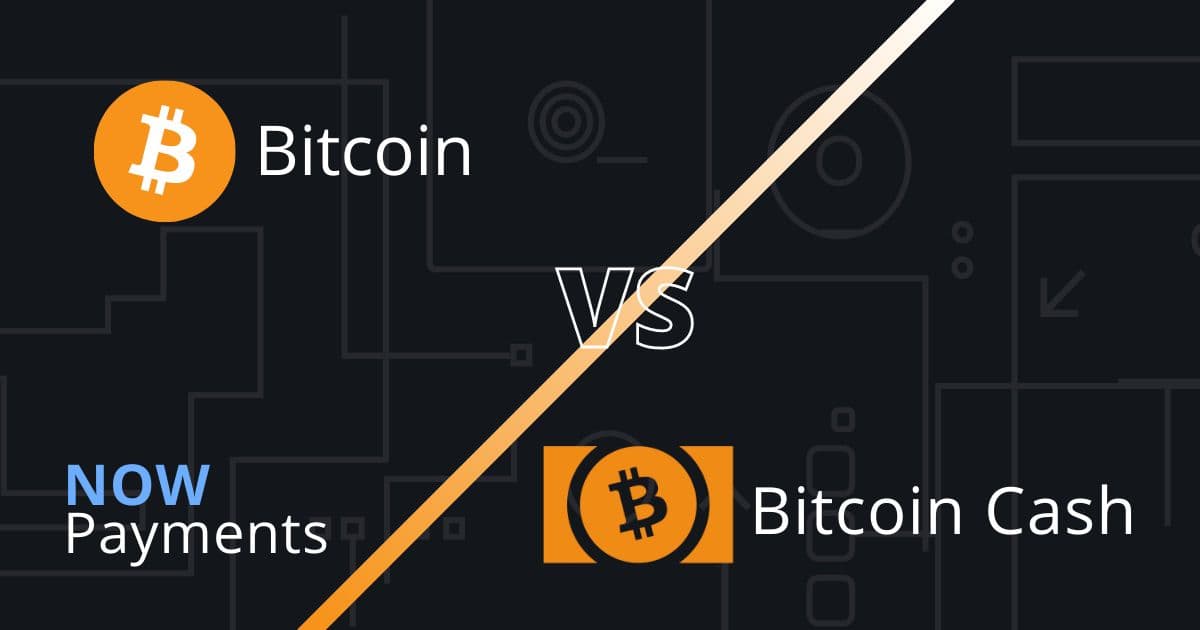 Today we look at the difference between two similar cryptocurrencies – Bitcoin and Bitcoin Cash.

Since its inception, Bitcoin and its blockchain technology have been the major blueprint for cryptocurrency creations. However, in the first four years of its public distribution, the crypto asset found it difficult to pull over investors. It eventually succeeded in bringing heavy investments to its base.

The success of Bitcoin paved the way for other cryptocurrency tokens to thrive.

However, Bitcoin’s success was partly responsible for the creation of cryptocurrency tokens and the blockchain technology that followed it. There have been those who say Bitcoin might have deviated from Nakamoto’s original design. Others complained about scalability issues, transaction time, the blockchain limitation, and its growing transaction fee.

Some early investors and miners, pulled out to create their own blockchain technology and cryptocurrency. However, there was another party that decided to hard fork Bitcoin’s original blockchain blueprint, with some new modifications. That was the arrival of Bitcoin Cash.

Bitcoin (₿) is a cryptocurrency created in January 2009, based on the ideas from a whitepaper published by a mysterious person under the pseudonym of Satoshi Nakamoto. The White Paper contained details of this new digital currency, which was to be some sort of global currency. Bitcoin is based on a public ledger where everyone can see and verify transactions by Bitcoin mining.

In 2009, Bitcoin was publicly introduced to the world. However, issues surrounding the identity of its creator, Satoshi Nakamoto, plagued its existence. Investors were skeptical of investing in this new technology, especially as fiat currencies were doing just fine. Also, there were fears surrounding investing in a venture which they considered completely faceless at the time. According to the white paper, Bitcoin was to operate as a decentralized system.

The first few years had skeptics and analysts, predicting the fall of Bitcoin, even before it began to experience growth. People were worried about how they’d regain their investments if the venture decided to go off-grid, since it was majorly online. Bitcoin’s decentralized nature, barring government or third-party agencies from regulating its transactions, did not help its standings at the time.

For nearly four years, the price of Bitcoin remained at a few dollars. Sometimes rising and sometimes falling. Its volatility was cause for great concern amongst its investors at the time.

In 2012 the merchandise began to see investments come in for various sectors. Financial Institutions, Government Services, and Personnel, Hedge Funds, etc., pushed funds into its coffers. Since then, Bitcoin has remained at the top of cryptocurrency activities, albeit with some issues, most of which it has resolved.

What is Bitcoin Cash?

In July 2017, mining pools and companies largely responsible for the technological integrations and advancements made on the Bitcoin blockchain network voted to integrate a technology called “Segregated Witness”, SegWit2x into the blockchain module.

SegWit2x reduces the data needed to be verified on each block, to smaller portions. The SegWit2x functions by excluding signature data present in block data, before they are processed in transactions, then transfer them to extended blocks for processing.

However, these individuals had different opinions on the adoption of a Segregated Witness technology. Most of the Bitcoin Cash team believed that the integration of the SegWit2x into Bitcoin’s blockchain did nothing to address it’s scalability issues. There were also issues of the SegWit2x violating the roadmap issued by Satoshi Nakamoto, Bitcoin’s anonymous inventor.

Also, the procedures surrounding the adoption of the SegWit2x was considered to have been rushed and majorly non-transparent. There were growing concerns from certain members of the Bitcoin community, about the SegWit2x altering the decentralization of the digital currency.

Bitcoin Cash’s blockchain helps it to manage more transactions per minute, in order to support activities going on the platform.

The difference between Bitcoin and Bitcoin Cash

Let’s take a closer look at how Bitcoin and BCH differ from one another.