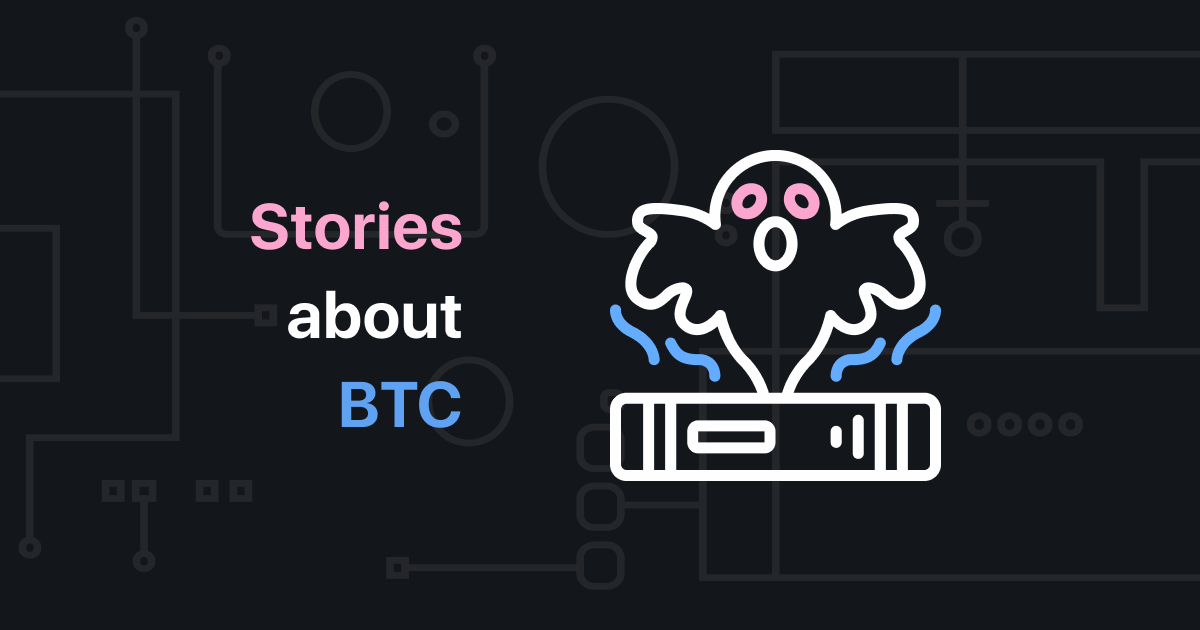 Bitcoin has been around for over a decade and affected the lives of many. While some people seized the opportunity and used their luck to get rich quickly, others have been a little less lucky. Lost profits and forgotten seed phrases have caused a lot of damage. Some stories have even made it to the headlines.

The cryptocurrency industry, although quite young, has tremendously affected the lives of thousands of people including traders, investors, developers, and those working in the space. If you’ve been dealing with crypto yourself, one way or another, most likely you also have a story to tell.

We’ve gathered the three most iconic Bitcoin top stories that can either entertain or teach you a lesson.

We have 3 Bitcoin stories for you:

How far would you go to promote something that you’re working on? Would you give away your assets that might cost millions of dollars in the future just to make a point? A lot of people in the cryptocurrency industry are really passionate about the idea and technology and would do almost anything to push for adoption.

On May 10, 2010, Laszlo Hanyecz, a programmer and a big Bitcoin believer, has made a quintessential deal trading 10,000 BTC for a couple of Papa John’s pizzas. That is considered to be the first commercial transaction involving cryptocurrency, and the 10th of May is now officially celebrated as Bitcoin pizza day.

Why is the BTC pizza story so conflicted?

On the one hand, you can view its outcome as an unfortunate one. The guy has basically given away 10,000 BTC that are now worth $583 million. On the other hand, he went down in history as a pioneer of crypto adoption and demonstrated the real purpose of Bitcoin’s existence and the first application of Bitcoin payments.

That pizza paid with Bitcoin illustrates the three most common Bitcoin use cases: speculation, being a medium of exchange, and storing value. While the get-rich-quick scheme is not necessarily the noblest cause, unfortunately, this is what Bitcoin is famous for. At the same time, using cryptocurrency to advance the outdated economic model may turn out to be a lot more valuable development from the long-term perspective. In spite of everything, Laszlo Hanyecz himself doesn’t regret a thing.

If you think that Bitcoin pizza story sounds tragic, you probably haven’t heard about the British bloke James Howells yet. He is, just like many other early adopters, a software engineer who used to mine Bitcoin back in the day when there was not too much competition.

According to Howells, he managed to mine 7,500 BTC (now worth over $460 million) and kept his wallet’s private key on a hard drive. Later when cleaning his house, James threw away the hard drive as it was identical to the other one which he, apparently, no longer needed. The man has almost forgotten about the whole affair until one day Bitcoin price has started picking up. James decided to check on his treasure chest only to discover that the key was gone together with the unfortunate hard drive.

The story went viral and quite a few first-tier media have written about James and his struggles. Eventually, everyone forgot about this misfortune. Everyone but James. He couldn’t simply give up the possibility of becoming a millionaire and decided to find the key to the treasure chest. Currently, he is waiting for official permission from his local council to search a garbage dump that supposedly contains his hard drive.

He even promised to give away 75% of the money to the investors that will help him recover the hardware. The city council is not allowing James to use excavators in his other, but other than that he is free to go on his noble search mission. As far as we know, he hasn’t found anything yet.

Now, what’s the moral of this story?

Firstly, make sure you know what you’re doing before you start investing in crypto. If you’re holding funds in custodial wallets, you won’t have to be responsible for the safety of your funds. Custodial wallets take care of both your private keys and funds, so basically, that is the sacrifice you must make to avoid losing access to your assets.

Secondly, if you do make the mistake of not saving your private key or seed phrase, embrace it and make sure it won’t happen again. Start with learning the basics of crypto and digital safety. It won’t take long to review the important points but might save you a lot of money and nerves. Remember, that owning your money bypassing intermediaries not only means freedom but also more responsibility.

Last but not least, is the story of Satoshi Nakamoto, the mysterious persona who invented the great design of the first cryptocurrency and blockchain technology. You probably know that Satoshi, Bitcoin’s creator, decided to stay anonymous. Once Bitcoin’s white paper was published, Satoshi took an active part in the early stages of the coin’s establishment and worked alongside the team of enthusiasts. All the communication was done by texting, and nobody had a clue who Satoshi was. And then, just inexplicably as he (or she, or they) came out of nowhere, Satoshi disappeared and never came back online again.

Despite numerous attempts to find Satoshi, we will probably never learn about his or her real identity. The real question is whether we really need to. Decentralization is one of the most essential concepts introduced to the world by the Bitcoin’s creator, and it’s only fair that the first cryptocurrency won’t have a visible leader and central authority. Besides, it paves the way to democracy letting people decide which direction the coin’s development is going to take.

Every Bitcoin story that goes viral usually goes beyond pure entertainment, but actually highlights the essentials. Will cryptocurrency improve our imperfect financial system or only make rich people richer? Is Bitcoin’s existence driven mainly by greed? Is it possible for us to focus on technology instead of speculation? We already have all the necessary tools to fix our values and global economy, and only time will tell if we eventually make the right choice.