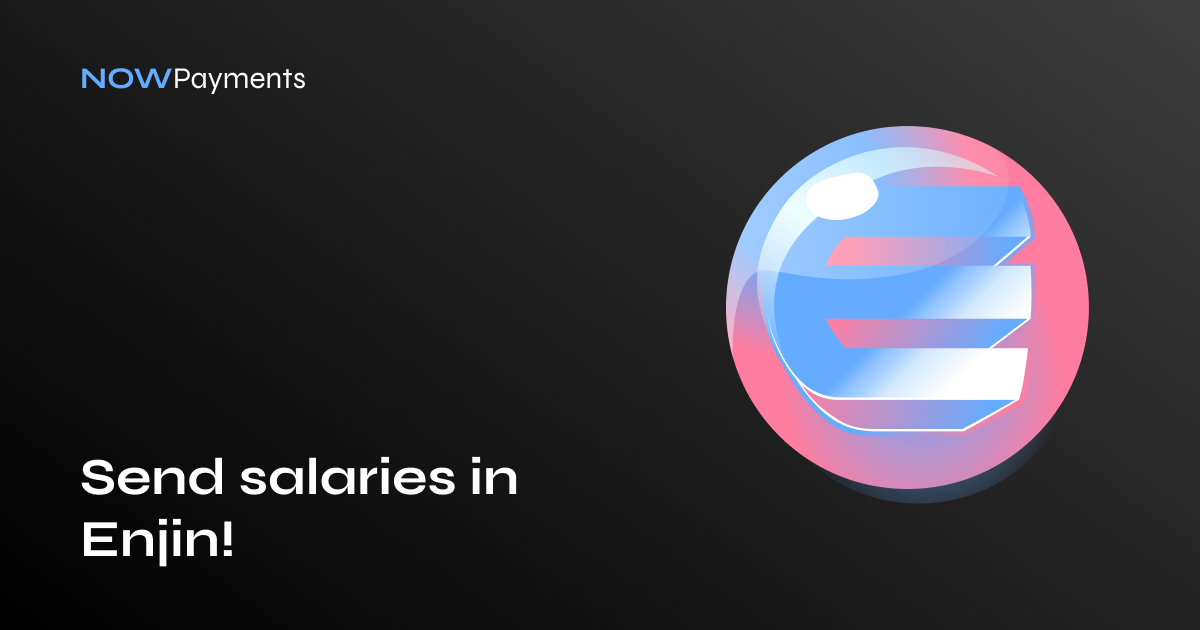 Enjin is a popular NFT platform providing people around the world with the tools to make amazing non-fungible tokens. Enjin’s NFTs have many use cases, but the primary one is gaming. There are many extremely popular metaverse games that utilize Enjin. Enjin has a native token called ENJ, which enables investors to participate in the management of the Enjin platform. Since there are many people who regularly use Enjin, it is possible that some of them would like to receive a part of their salary in the ENJ coin. NOWPayments’ Mass Payments feature is a great solution for businesses that want to start paying salaries in Enjin.

What is Enjin (ENJ)?

ENJ is a cryptocurrency that was launched in 2017. All Enjin Coins are ERC-20 tokens, which means that they operate on the Ethereum network. As mentioned above, Enjin is used by game designers who integrate the Enjin Coin in their games. For instance, players can purchase an Enjin NFT, which they will be able to use in some games as an item.

Benefits of paying salaries in Enjin

Blockchains uphold the principles of anonymity and privacy. As a result, companies that want to guarantee their employees complete confidentiality can rely on crypto salaries. ENJ exists on the Ethereum blockchain, which does not require users to expose their identities or provide any personal documents in order to send transactions. Ethereum transactions do not point to a specific person on the network. Confidentiality is extremely important for any business, especially when it comes to financial transactions, but banks or traditional payment processors cannot offer the same level of privacy. Businesses can offer their employees the option of an ENJ salary as a private way to receive their money.

As mentioned above, Enjin is a fairly popular project in the crypto world, and it is used extensively by thousands of enthusiasts. Some people use ENJ to play their favorite metaverse games, while others simply invest in ENJ and hold it in their wallets. Some people even actively trade ENJ on exchanges. Essentially, ENJ coins have many use cases and numerous users. If you own a business, some of your employees may actually be avid users of ENJ. So, by featuring ENJ salaries, you can simplify the process of getting ENJ for them and make it more convenient since they will not have to exchange their coins themselves.

Modern companies have employees working from different parts of the world. In such circumstances, companies need to maintain bank accounts in several jurisdictions to ensure that all salaries are paid on time. Crypto transactions, unlike bank transfers, are borderless, so they can be sent from anywhere to anywhere. Therefore, businesses can pay salaries in cryptocurrencies to employees living in any region of the planet. So, a business from Texas can send ENJ salary to an employee in Sweden and expect the transaction to be completed in a matter of minutes.

Guide on how to pay salaries in crypto

NOWPayments delivers its Mass Payments tool to businesses that want to facilitate the process of sending crypto salaries and other mass payments. To start sending salaries, a company needs to follow a few simple steps: