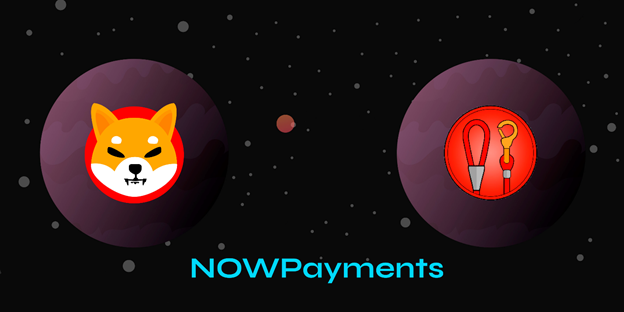 SHIB & LEASH might be new kids on the block, but they sure have achieved a lot over a short period of existence. SHIB, which was launched in the summer of 2020, took the crypto industry by storm and gained a fantastic community of investors. LEASH, also known as Doge Killer, is a relatively recent addition to the Shiba Inu token ecosystem.

Nevertheless, it already has demonstrated a mind-blowing price surge which made many people millionaires. NOWPayments lets businesses accept SHIB and LEASH as payment and donations through easy-to-navigate tools.

SHIB and LEASH were intentionally created with inherent differences. The main reason behind this is that SHIB and LEASH are intended to perform different roles in the ecosystem.

The coins have different supply volumes. There was initially 1 quadrillion SHIB tokens, but over the next year, the supply came down to the current circa 500 billion coins. Compared to SHIB, LEASH has an extremely small supply. In fact, LEASH is one of the rarest coins on the market, which makes it particularly valuable. The rarity of LEASH also manifests itself in a fairly small number of holders, especially in comparison to SHIB, which is present in the portfolios of virtually hundreds of thousands of people.

The price dynamics shown by the two coins and the overwhelming support of the community for SHIB and LEASH make it possible to say that both tokens can be considered viable Dogecoin Killers.

Why should I accept SHIB or LEASH for my business

SHIB and LEASH have a community of investors unlike any other. The Tweets mentioning news about SHIB adoption gain more likes and retweets than Tweets mentioning new record-highs of Bitcoin. As evidenced by the data from the table above, there are a total of nearly 1 million people who own SHIB and LEASH. So, merchants offering these coins as a payment method can expect a substantial inflow of new customers.

Although SHIB and LEASH are not the fastest cryptocurrencies out there, they still show great transaction speeds. Compared to Bitcoin, whose transactions can take up to several hours, SHIB and LEASH can be transferred between addresses in a matter of minutes. Merchants that deal with foreign suppliers or clients will find SHIB and LEASH particularly beneficial for their operations since they can significantly bring down the waiting time of money transfers.

SHIB is one of the most widely available crypto assets on the planet. This means that people have relatively easy access to it. LEASH is an expensive coin (it has a very lower market cap. In fact LEASH is cheaper than SHIB), but it can be divided into smaller pieces.

SHIB and LEASH are excellent payment options for businesses that wish to attract crypto investors and make them their clients. NOWPayments enables merchants to accept crypto as payment and donation using several reliable tools.