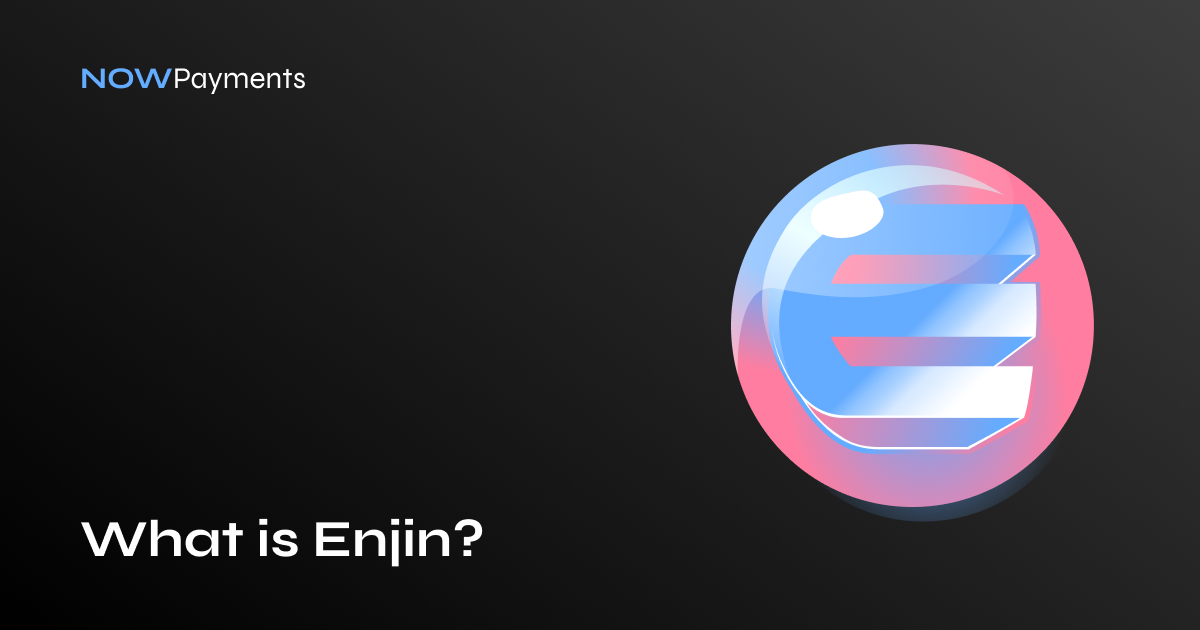 Metaverse is rapidly taking over the world. Nowadays, a metaverse account is a must-have for every crypto enthusiast. Metaverse is backed by a massive infrastructure consisting of various projects, and one of them is Enjin. The Enjin project is a platform that offers NFT metaverse products to individuals, businesses, and developers, facilitating their activities in the metaverse world. ENJ is the native cryptocurrency of Enjin, and it functions as the fuel of the entire project. ENJ has a plethora of use cases that make it a highly valuable asset. Read the article to learn more about Enjin and the metaverse NFTs of the future which it provides.

How does Enjin work?

Enjin is intended for different types of users. Therefore, it can serve a variety of purposes depending on the setting.

Individual enthusiasts that use Enjin gain easy access to the world of the metaverse. Enjin carefully crafts simple products to help people manage their NFTs and cryptocurrencies, as well as to get involved with the new, rapidly growing virtual economy. It is clear that NFTs are powering the rise of new economic models and digital realities, and Enjin makes it easier for people to participate in it. For instance, Enjin offers its native wallet, which is a powerful tool for using cryptocurrencies and NFTs and carrying digital identity across blockchain games and apps. In the wallet, users can scan QR codes to instantly claim free NFTs. Additionally, with Enjin, people can explore the multiverse by playing Enjin-powered games to earn NFTs and help build the metaverse of tomorrow. Enthusiasts also can sell NFTs, which they earn, craft in blockchain games and apps, and find viral collectibles.

Additionally, Enjin provides tools for businesses that want to participate in the metaverse and use their own NFTs. Specifically, Enjin offers an end-to-end solution allowing businesses to create blockchain projects and experiences that make using NFTs feel effortless for everyone. Enjin has a simple interface to create feature-rich NFTs on Ethereum—or make them fast, fee-free, and eco-friendly on JumpNet. Businesses can supercharge their NFTs with digital scratch cards that can contain discounts, product keys, and more. Enjin lets businesses distribute free NFTs that attract users and delight their existing audiences. Additionally, companies can integrate Enjin NFTs with their existing apps, websites, and games—or build new projects using a robust suite of development tools. When selling NFTs, businesses can do it via the Enjin Marketplace, their own website, or right in their app or game. There is even an option of earning revenue every time a secondary sale is made.

Enjin is also perfect for developers that want to make their contribution to the metaverse. Developers can use Enjin to Build NFT games, apps, and websites Enjin offers versatile SDKs, a robust API, and development tools to help developers to create NFT-powered projects. Moreover, no blockchain coding experience is required to start building with Enjin. Enjin has a visual interface to help developers create blockchain assets and robust development tools to integrate them. Enjin focuses on removing all barriers to blockchain development to let developers do what they do best: build. The biggest advantage of Enjin is the cross-chain NFTs. Bridges between Ethereum, JumpNet, and Efinity enable Enjin developers to mint and port tokens onto multiple chains without worrying about high gas fees.

Does ENJ have value?

ENJ, the native token of Enjin, has multiple sources of value thanks to its flexible and versatile nature.

One of the main advantages of Enjin is the ability of NFT owners to melt their non-fungible tokens back into ENJ at any moment. This increases confidence in the assets and projects that offer them. Essentially, Enjin NFTs and ENJ form a sustainable model where they are both backed by each other. Unlike NFTs from other networks, Enjin NFTs are created with something of value and can be destroyed anytime. As a result, Enjin NFTs and ENJ have real value.

Another source of value for ENJ is its limited amount. Since the ENJ token is relatively scarce, it constitutes a valuable resource. Moreover, when existing NFTs are minted, scarcity increases, which lowers the supply and increases the value of the ENJ coin. The perceived value of NFTs is directly correlated with their ENJ backing, making ENJ an effective gold standard.

The ENJ coins are also a perfect tool for the creation of NFTs since Enjin NFTs are backed by actual assets. Additionally, Enjin NFTs are compatible with the massive Enjin ecosystem. As a result, the Enjin coin is in high demand and is extremely popular among crypto enthusiasts, which once again drives its value up.

Enjin is used extensively by numerous projects, which translates a myriad of use cases for it. Here are some of the most notable Enjin-powered projects.

Azure Heroes is a project created by Microsoft in order to inspire developers to learn, coach, and build on Azure. Azure Heroes are created as digital assets using Enjin NFTs and backed by ENJ. Azure Heroes NFTs can be viewed on Microsoft’s custom blockchain built using EnjinX.

Age of Rust is a single-player, first-person adventure game that focuses on puzzles. Enjin NFTs are utilized by the game in various ways, from granting special abilities to unlocking secret areas. The game lets users own blockchain-based inventory. Additionally, they can earn crypto rewards, including ENJ ones.

Forest Knight is a turn-based strategy game in which players need to complete daily missions, earn achievements, and go on adventures to defeat their foes. Players are required to unlock heroes and create teams. They can equip their heroes with in-game items, which are digital assets powered by Enjin.

Kingdom Karnage is a card game that is completely digital. Players can not only collect cards, they are free to buy, sell, or trade with other players directly from their gaming wallets. The main goal of the game is to build a deck of 30 cards and outcompete opponents. The cards in the game are powered by Enjin.

How to accept Enjin

By now, it is clear that the Enjin crypto is the native token of a powerful project. This makes the $Enjin a lucrative asset that businesses can use for payments. Businesses can integrate different solutions for deploying the Enjin token. Online stores can utilize special plugins which are compatible with platforms such as PrestaShop, WooCommerce, Magento 2, WHMCS, OpenCart, Zen Cart, Shopify, and Shopware.

Additionally, businesses generate crypto invoices or employ a virtual Point-of-Sale terminal which can be deployed on any device with an Internet connection. There is also an option of subscription-based crypto payments.

Enjin is a project which is providing tools for the metaverse industry. NOWPayments lets businesses accept the Enjin coin as a payment method.