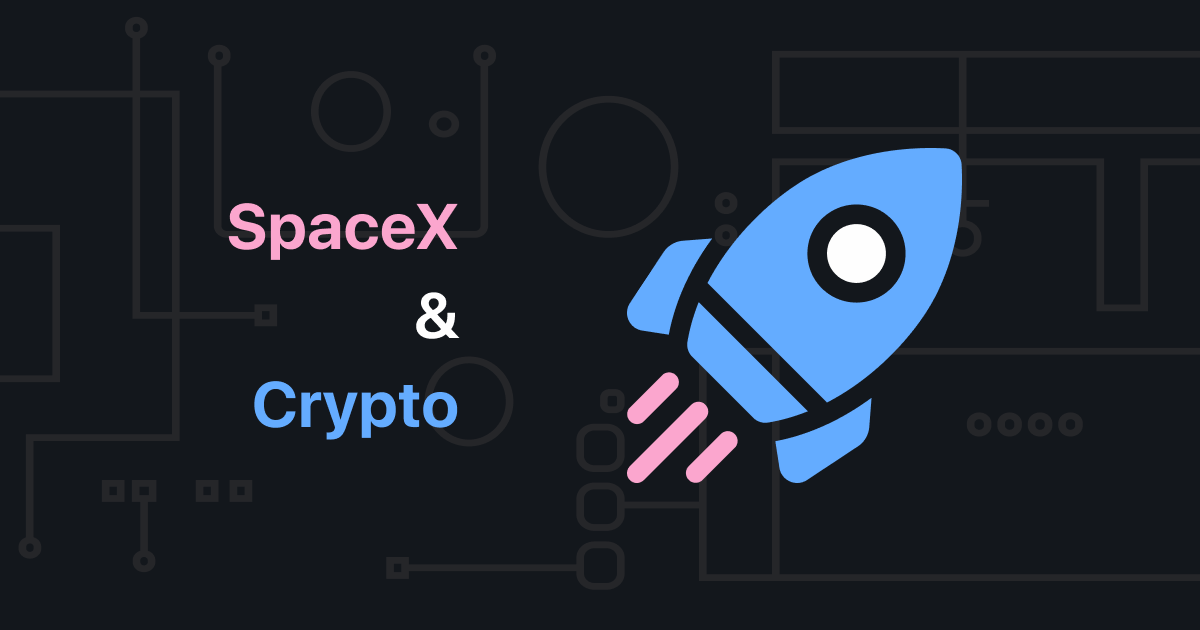 Elon Musk will certainly forever remain in the history of humanity as one of the most notable visionaries of the 21st century. He has attained legendary status as a man who has driven forward innovation and defied everyone’s expectations. Elon Musk is also actively involved in both promotion of cryptocurrencies and their demotion. Tweets of the billionaire-entrepreneur are so powerful that they can influence the whole crypto market. Recently, Musk announced that SpaceX accepted Dogecoin for a lunar mission, the meme currency which enthusiasts have been actively trying to send “to the Moon” since the beginning of 2021. It seems that the billionaire-entrepreneur finally listened to the wishes of the crypto community.

SpaceX officially came into existence in 2002 as Space Exploration Technologies Corporation. Musk, who previously successfully sold his share in PayPal, set his eyes on the aerospace industry as a field which required considerable reforming. Historically, space has always been a prerogative of the state, and no commercial enterprise wanted to operate in this area since it would not yield any sizable returns.

Yet, Musk refused to accept such conventional thinking and invested all of his time and efforts into kickstarting a company that had to revolutionize the way people approach space. At some point, he even traveled to Russia to buy an intercontinental ballistic missile to repurpose it as a space rocket, yet the deal did not go through. Nevertheless, driven by the idea to bring down the cost of launches, Musk did not stop, and in 2004 SpaceX finally managed to produce its first product, Falcon 1.

The first attempts to launch Falcon 1 did not end well and led to a situation when the company could completely run out of resources and go bankrupt. Yet, on the fourth try, in 2008, Musk and the team at SpaceX had success with their rocket which saved the enterprise and the idea of commercial space flights. In the following years, SpaceX designed new spacecraft such as Falcon 9 and Dragon, which yielded it worldwide recognition and several contracts from NASA.

SpaceX also engaged in commercial launches for private customers, the first of which happened in 2013. While in 2020, SpaceX and NASA, for the first time ever, carried out a mission that launched two astronauts aboard Crew Dragon spacecraft to the International Space Station. The company also conducts regular launches of its communication satellites as part of the Starlink project, which aims to provide global broadband internet service to millions of people on the planet.

Doge is a currency that emerged in 2013 and was developed by Billy Markus and Jackson Palmer. As mentioned earlier, the intention behind Dogecoin was to create a meme currency that would serve as a funny joke. To the amazement of the creators, the joke got out of control and gained an impressive following of loyal Dogecoin fans who praised the Shiba Inu-inspired coin as a valuable asset.

In seven years, Dogecoin has turned from a niche crypto into one of the most popular digital currencies with a market capitalization of several billion dollars. The Doge community has always been great at conducting promotional campaigns to encourage others to buy their favorite coin. In an attempt to raise the price of Dogecoin, fans created a slogan, “Doge to the Moon,” which became viral on social media.

Despite the fact that some investors do not think of Dogecoin as a serious project, this currency has several advantages. It is quicker than many well-known currencies such as Bitcoin and Ethereum. Dogecoin transactions take approximately one minute, while Bitcoin ones may take as long as one hour. Dogecoin is also much cheaper compared to other alternatives. Its low price is, of course, the result of the absence of the cap on the maximum issuance amount of Dogecoin and of the ease of mining it. A substantial factor in favor of Dogecoin is, of course, the support of Elon Musk, which will be discussed in detail in this article.

The first tweet which Elon Musk dedicated to Dogecoin dates back to 2019 when he openly stated that the coin could be his “fav cryptocurrency.” It seems that in two years, the billionaire has not lost his affection for the biggest meme of cryptocurrencies. In 2021, after a series of tweets on cryptocurrencies, Musk supported the “Dogecoin to the Moon” campaign, which made the coin’s price increase significantly, as thousands of people ran to the exchanges to get their share of the crypto.

On April 1, Musk tweeted that SpaceX was going to “put a literal Dogecoin on the literal moon.” At that time, everyone considered it an April Fool’s Day joke and thought that Musk was not serious. Yet, on May 10, the news appeared that Musk’s words were actually true. On that day, it was announced that SpaceX would conduct DOGE-1 Mission in partnership with Geometric Energy Corp. The 2022 mission will involve sending a mini-satellite to gather data on the Moon.

Moreover, Geometric Energy Corp paid SpaceX for the mission in Dogecoin. According to the vice president of SpaceX, “the mission will demonstrate the application of cryptocurrency beyond Earth orbit.” It is unclear whether this case was a one-time PR stunt on the part of SpaceX or a demonstration of the company’s commitment to accept Dogecoin payments. Nevertheless, the mission certainly serves as a great display of the power of cryptocurrencies.

Dogecoin hype is at its highest, and it looks like it is not going anywhere in the near future. It is possible that Musk will continue to promote the coin, thus boosting its popularity and further adoption. The current situation constitutes a perfect opportunity for businesses to start accepting Dogecoin and subsequently attract a share of clients from the crypto world.

NOWPayments features several solutions which are relevant for different types of organizations. Crypto invoices are a tool which is easy to implement and can be used even offline. Invoices contain all the details about payments, including the recipient’s address and the sum the customer has to pay. Owners of stores on platforms such as PrestaShop, and WordPress, can install plugins that will let them deploy a Dogecoin payment gateway. Finally, charities and bloggers can utilize crypto donation buttons, links, or widgets, which they can place on their website or social media pages. NOWPayments does not store your funds, and all of the crypto paid by your clients goes straight to your wallet.

SpaceX is one of the most innovative companies of today, which pioneered the idea of commercial space flights and made them a reality. Elon Musk, the man behind SpaceX, managed to create a project which not only made launches cheaper but also advanced aerospace technology. Dogecoin, on the other hand, is a project which was not developed to solve problems of planetary scale and was intended as a joke. Nevertheless, thanks to Elon Musk, the paths of SpaceX and Dogecoin eventually crossed, and it resulted in a historic moment when cryptocurrency was used to fund a space mission. With NOWPayments, you can make your own historic moment by accepting Dogecoin.