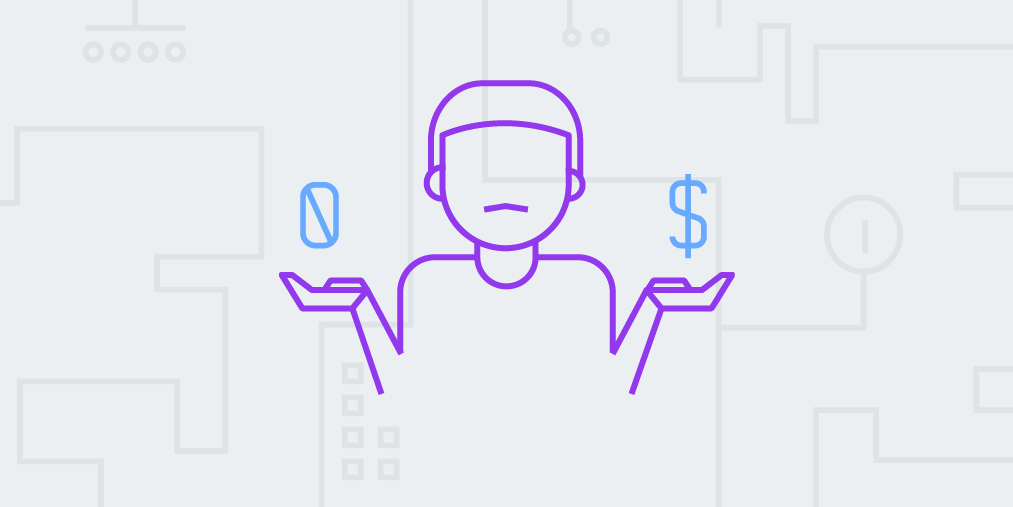 Within our lovely planet, there are people born in very different situations in very different places. One person could see daylight in a hospital, where the other is born in their own home. Now, this home can vary from seizing, the family that lives inside the house and the location. The location is one important factor but not nearly as important as the family that you end up being raised by. It could be exampled by the route that Donald Trump took where he stated ‘My father gave me a small loan of a million dollars’, giving him the foundation to build out an imperium that eventually led him to the position where he is today.

The other side of the coin is the situation of being born in a financially challenged family and country. Whereas within the more wealthy countries there’s always multiple layers of society that have you covered in hard times, yet in some countries, the situation is not so ordinary. Imagine your parents struggling to make ends meet while all around you the only thing you see is other in the same situation. In most of the described countries, the national currency is not the most stable gateway, thus cryptocurrencies being a great alternative. The thing is, you don’t have to capital to inject to actively start investing, how do you get started then?

Let me start off with airdrops, which are probably the easiest way of generating some currencies without having to spend a single dollar. An airdrop is simply the project behind the coin dropping their coin out of the air into the wallets of thousands of people. The reasoning behind this can vary but usually it’s simply a manner of spreading their coin across many wallet-holders for completing a few tasks. These tasks vary from sending out tweets, liking posts on Facebook or Instagram to more actively creating content in order to generate some value for the project. Most of these projects are listed on the multiple airdrop sites that have collaboratively hosted over 1000+ airdrops. The value of these airdrops reaches into the millions of dollars distributed to all the participants.

Most of these airdrops will get you just a couple dollars worth of the specific coin, but it can go the opposite way. Let’s have a look at some of the most profitable airdrops so far;

It’s safe to say that there is money to be made in airdrops. One thing that should be mentioned though is the fact that these are exceptions to the rule. Most airdrops end up not being worth a dime. Anyone with an ETH-wallet probably has multiple obscure tokens airdropped into their wallet that are worth less than a cent. Airdrops is one thing, but what other ways are there?

This is a fairly new service that has not been around for an extremely long time. It allows you to earn crypto for completing tasks, extremely similar to an airdrop. The difference here is, the Earn.Com tasks can be slightly more difficult than the ones you have to do during an Airdrop. They require less social media and more knowledge. In the mid-2018 Earn.Com had been acquired by Coinbase to launch a dedicated platform where people can educate themselves and earn crypto at the same time. A couple steps down here to get you going;

That’s as easy as it gets. It doesn’t take much more than watching a couple of videos and then answering the questions correctly. The moment you have completed these questions you receive the tokens and you can start your cryptocurrency career. The tokens that are available for earning right now are; DAI, XLM, EOS, ZEC, BAT, and ZRX. These are some of the top projects that are now not worth that much. Now is the time to grab your chance and complete these steps. As we’ve seen with airdrops, what’s now worth a couple dollars could be worth a fortune in just a matter of time.

One thing that many industries have in common are; Affiliate links. Within the cryptocurrency industry, this is no different. There are links all across the board for people to use other people’s link in order to benefit from both sides. Referring to Coinbase for example, just browsing through their platform you receive a notification that referring a friend would earn you, and the friend, 10 dollars. Now the real money is in referring your friends to exchanges.

Recently, Binance shared their numbers for their affiliate markets with their best-performing affiliate marketer that has owner over 1000 BTC until this date by simply referring people to Binance. What happens here is, you bring a new user to Binance, this new user starts trading and for each trade, you own a small percentage. If you manage to sign up thousands of people that end up making you a small percentage, it can add up pretty easily. This means, are you active online and do you have a following yourself? Start sending them some affiliate links, sit back and see the profits rolling in.

NOWPayments has recently launched an Affiliate Platform as well! You can get an easy reward by introducing the project to a merchant and get a percentage from every exchange that they make within the NOWPayments service. On top of that, the first twenty partners will receive $25 in NOW Tokens!

One other way of generating more cryptocurrency for simply holding your cryptocurrency is lending. This does require you to already own several cryptocurrencies. Let’s assume you have already completed some airdrops, went through the Coinbase Earn program and are fully set to expand your cryptocurrency portfolio. This can be done in many ways and on endless platforms, but to put it really simple; You put your tokens away for a set period and you earn more of these tokens for doing so. The downside here is that you do not have the access to it for the set period which means you can’t play into sudden dumps or pumps of the price. Down here a list of services that offer lending;

The rates vary per service and the requirements to start using their services as well, but in general, it could be quite lucrative. That’s a nice thing to dive into when you’ve earned yourself some cryptocurrencies.

Are you excited already?

Do you have the vision to get started now? Do you think you have what it takes to start exploring the cryptocurrency industry and start earning yourself some extra income? Today is the time. Search for some quality airdrops, spend some time doing a little research on Coinbase, share some affiliate links and eventually end up lending or staking the rewards that you got. It does not take that much to get started. We all want this industry to grow, one person at a time.