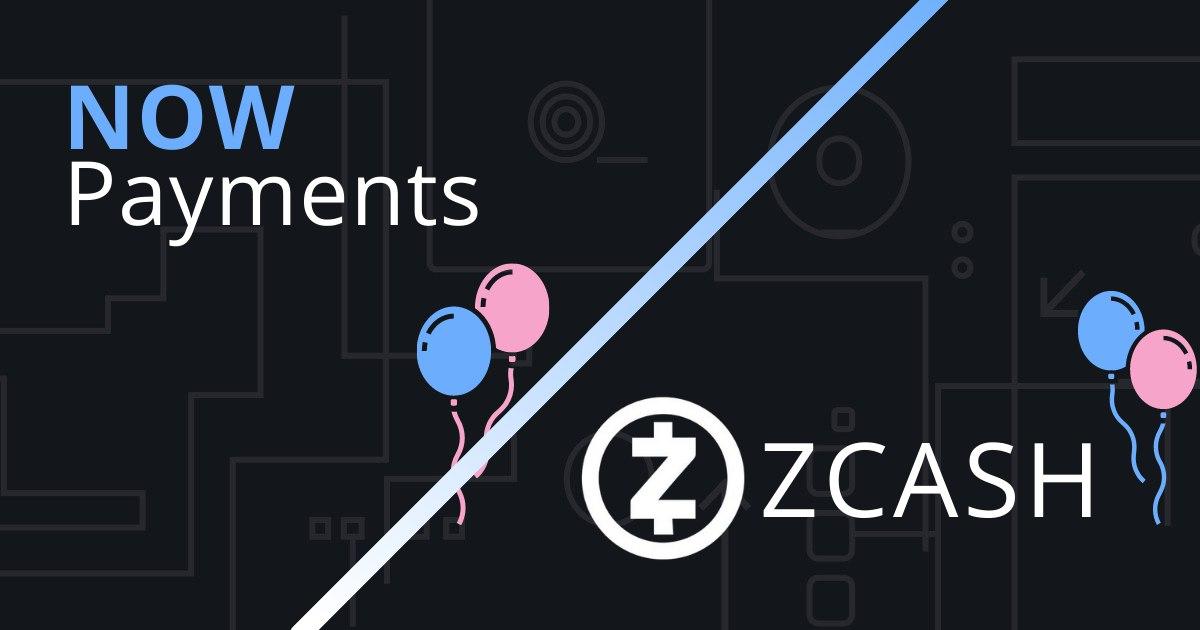 NOWPayments is happy and proud to support Zcash. ZEC is an amazing cryptocurrency to accept as payment. It is based on the principles of anonymity and privacy. See for yourself: sign up and start accepting Zcash for your business!

This October 28th marks Zcash’s birthday. 4 years ago, on this date, the first Zcash genesis block was mined. The anniversary is even more significant this year as next month, Zcash will have its first halving and the Canopy network upgrade.

Electric Coin Company, which launched Zcash in 2016, has specific plans to celebrate the occasion. It has partnered up with Flexa’s SPEDN app to give away $10 worth of Zcash each time the app is used at Baskin Robbins. Zcash has also introduced the hashtag #ZcashBirthdayParty. People can use the hashtag to share their Zcash experiences.

Zcash is a digital currency developed to serve internet and mobile transactions. It is all about privacy.

Zcash was founded by Nathan Wilcox, Zooko Wilcox. Since it’s initial coin offering or ICO, the company has managed to raise $1 million in funding. From the day of its inception, Zcash has managed to attract a strong community of contributors.

The Zcash team has also managed to build a robust Zcash developer alliance around it. The sole purpose of this developer alliance is to expand the Zcash ecosystem. The first target that this alliance has decided to achieve at the level of execution is interoperability. They are working together to make Zcash interoperable across selected crypto projects.

The organizations that are part of this alliance include the likes of Agoric, Bolt Labs, ConsenSys, iqlusion, Kyber Network, Thesis, and Electric coin company.

The Zcash token or the ZEC tokens are scarce and mineable. The total circulating supply of Zcash ZEC is a little more than 10 million ZEC Coins. The maximum supply is 21 million coins. The all-time high Zcash price was recorded at $5,941.80 during its launch, on Oct 29,2016. Whereas, the lowest Zcash price was recorded at $18.94 on 13th March 2020.

According to some estimates, the Zcash USD rate may reach almost $136 by the end of the year. For 2023, the estimates predict that the ZEC USD rate will go as high as almost $1359.

The underlying protocol of Zcash crypto is zk-SNARKs. It is a unique type of cryptography that allows complete encryption of the transactions on the blockchain keeping its validity and verifiability intact under the network’s consensus mechanism. The future upgrades on Zcash will make the currency’s privacy more nuanced. Users will be able to selectively disclose the information at their discretion.

Zcash faced confusing future prospects in 2019. Funding for developing Zcash was expected to be finished by November 2020. As it was decided in 2016, the Electric Coin Co and the Zcash foundation were getting 20 percent of the block rewards. The rewards reached the founders and founding investors routed through a system called “Founders Rewards”. Since Zcash did not have a typical governance model, the imminent crisis could not be dealt with by the adoption of a new model by the board.

At this point, Zcash community came to its rescue. For almost a year, they have discussed and talked this out. The result of the discussion helped to make two distinct decisions.

First, a unique trademark agreement was drafted. By this agreement, the community decided to go for increased decentralization and an all-new governance model.

Secondly, the community agreed to continue funding the development of Zcash. On February 14, 2020, the ECC and the Zcash foundation gave their consent to ZIP 1014 which will be funding ZCash development for the next 4 years.

This birthday is the first one under the newly devised funding plan. And, from 28th October onwards, Zcash will be moving towards its Canopy upgrade and NU4 activation plans.