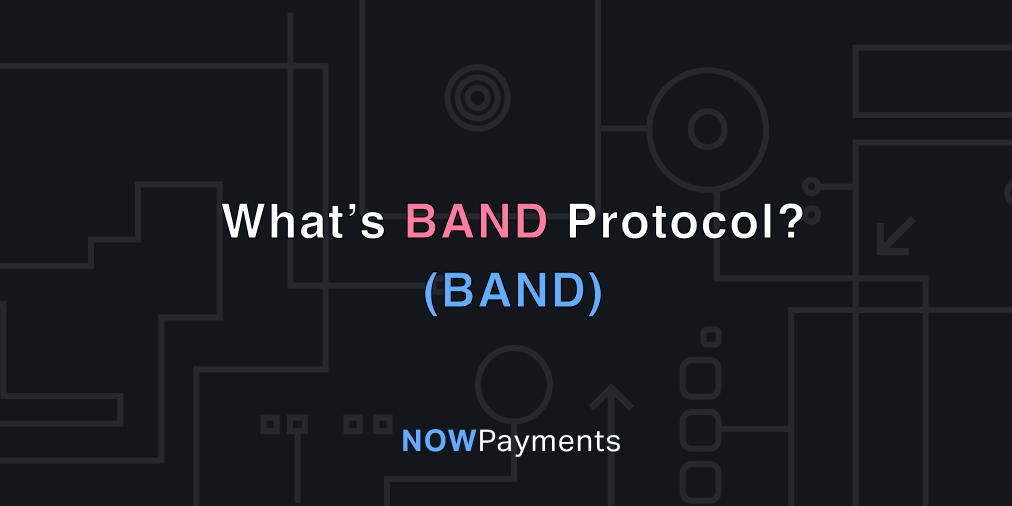 There’s a need for real-world data to be connected to blockchain networks in order to ease production of smart contract principles and their enforceability. Data inherent platforms, which are blockchains, draw data from themselves. Despite being heavily based on data, it is impossible for them to get off-chain data (external data from the blockchain) hence a consequential need for blockchain network oracles.

What is the BAND Protocol?

BAND Protocol is a Layer 2 open-sourced cross-chain data oracle system which enables developers to easily pull outside data on blockchains and DApps. The system uses its blockchain, BandChain, to provide a secure, scalable, and blockchain agnostic oracle, similar to Chainlink.

The platform uses a delegated proof of stake (DPoS) consensus algorithm in order to provide and secure the network’s node oracles. With BAND Protocol, users can link smart contracts to cross-chain data and aggregate real data and public APIs.

Singapore and Thailand based startup, BAND protocol, was launched In Q3 2018 by the current CEO of the project Soravis Srinawakoon. The group has since developed with Sorawit Suriyakarn as the CTO, Paul Nattapatsiri (CPO), and Kevin Lu as the Head of Business Development.

The blockchain raised a private seed round of $3 million led by Sequoia India in February. Other investors include Dunamu & Partners and SeaX, Binance, Woodstock, Alphain Ventures, and Spartan Group

The company finished its private sale of BAND from July to August 2019 raising a total of $2 million at $0.40 per token. The project launched on Binance Launchpad trading at $0.435, priced in the exchange’s native token, BNB.

BandChain is the main platform which controls the protocol with the data oracle nodes and provides data management for the protocol. The chain is based on Cosmos’ software development kit (SDK) ensuring computation for oracles providing settlement, data sourcing, and aggregation.

BandChain is being rolled out in four multi-faceted oracle solutions to include all kinds of data:

Phase 0 (Wenchang): This is the primary phase of BandChain that ensures BAND token transfers and assigned staking rewards.

Phase 2 (Laozi): Once released, this phase of BandChain will enhance the overall data request broadcasts to encourage external data sources from both paywall and permissioned APIs to enhance the data attributes.  This is the phase that opens most of the internet data to BandChain.

Phase 3 (Confusious): This is the final step to complete the decentralization of BandChain. It is set to encourage private oracles scripts allowing users more payment choices and DApp developers and consumers to cover data in a token of the choice or via a subscription version.  This is the last phase of the platform offering interoperability of smart contracts and external data associations.

BandChain, as explained, aims at providing a fully decentralized blockchain oracle system after Phase 3 launches. The platform will offer DApp developers and users an easy to install and fully transparent oracle alongside a number of benefits including:

Enhanced Scalability: The blockchain offers quick (about 2 seconds block time) oracle computations meaning the blockchain does not suffer from network congestion seen on blockchains like Ethereum and Bitcoin. Such scalability allows Band Protocol to quickly respond to data requests from different blockchains at a go.

Economic incentives for validators: BAND protocol takes up decentralized independent nodes who stake their BAND in order to receive rewards and improve the data quality on the platform.

The Cosmos Inter-Blockchain Communication (IBC) protocol provides a safe channel for cross-blockchain communication allowing developers to relay “packets” of information with each other. This is important as it helps decentralized finance (DeFi) applications easily draw data from other blockchains. There are some DeFi applications that you can build using IBC including lending platforms, stablecoins, decentralized trading platforms, and prediction markets.

This is the public blockchain explorer of BAND Protocol, compatible with the Cosmos SDK, to provide real-time blockchain updates. CosmoScan offers security, information integrity, and extensibility to any blockchain built on the Cosmos network. The key features of the blockchain explorer include transparent validator and on-chain performance reports, and easy to navigate platform and Ledger Wallet support.

Band Protocol uses independent reputable validators to pass through the data onto blockchains. Some of the top validators available on BAND Protocol currently include Cosmostation, StakeWith.Us, Hashquark, Castlenode, B-Harvest, Stake.fish, Node Team A, and Chorus One and others. Band Protocol offers an application platform to verified node validators.

BAND Protocol has a native token, BAND, which powers the decentralized oracle network and secure it through DPoS. BAND is an ERC-20 utility token used for the protocol’s decentralized governance system, for collateral and staking purposes for validators and as a medium of exchange to bypass paywalled data oracles.

Holders of BAND enjoy voting rights on key changes in developments and upgrades on Band Protocol enabling a decentralized nature of the platform. Some of the suitable non-custodial wallets to securely store BAND tokens include Atomic Wallet, IBC Wallet, Math Wallet, and Frontier Wallet.

BAND recently gained listing on the largest U.S. crypto exchange, Coinbase, only two weeks following its listing on the exchange’s prime platform, Coinbase Pro on Aug. 5. It is also featured on ChangeNOW.

There will be a total of 100 million BAND tokens, with a current circulating supply of 20 million tokens, or 20% of the total cap. The token distribution schedule of BAND is as follows:

The BAND blockchain development team is still working on the blockchain with updates and upgrades planned in its business development roadmap in the coming three quarters. Over the course of Q3 2020, BAND introduced its bug bounty program, completed its smart contract audit, and released its Proof-of-Authority mainnet.

In Q4 2020, the dev team aims at migrating fully to the Guan Yu Phase 1 of BAND Protocol, integration of testnet DApps and partners to the mainnet, and implementing cross-chain bridges between different blockchains

By the end of Q1 2021, the blockchain will welcome Phase 2 of BAND and onboard paywall data and permissioned APIs to its decentralized oracle.

Blockchain oracles are finally gaining the crypto ecosystem’s attention, as seen with the massive growth of BAND Protocol and its rival, Chainlink in 2020. BAND addresses with zero balance have surged from 358 addresses at the start of March to over 6,300 addresses today showing the demand for decentralized oracle systems.

The protocol head team is working on onboarding more users through its community development plan which will focus on three focus groups: the general community user through education and target user-generated content; developers by making integration of BAND on platforms easier and finally, public validators.